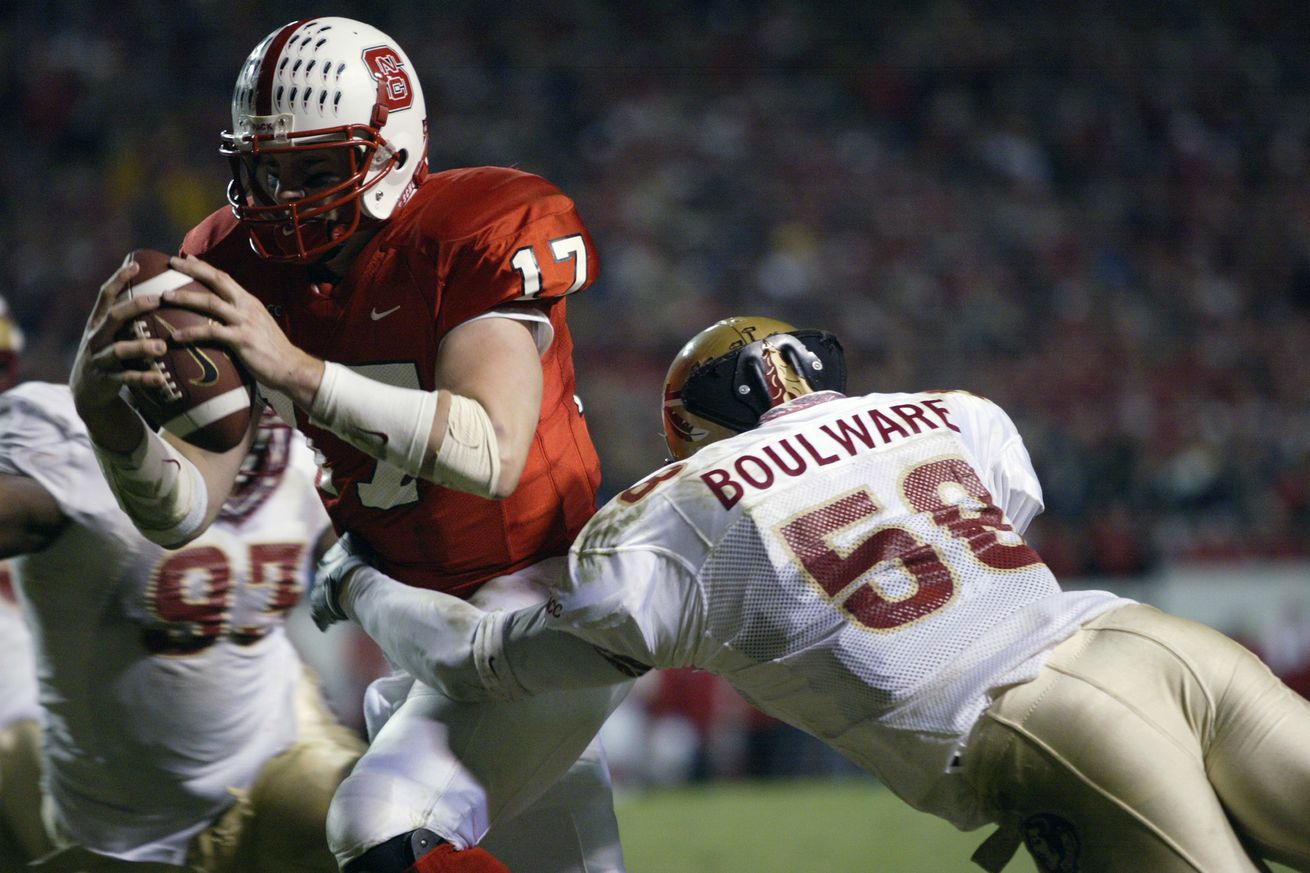 At 7 p.m. ET Thursday night, the ACC Network will stream the 2002 football game between NC State and Florida State on its YouTube channel. That victory by the Wolfpack to close out the regular season gave the program its first 10-win season in school history.

It was also, up to that point, just FSU’s fifth conference loss since joining the ACC in 1992. And NC State had accounted for three of the five. NC State was the first league opponent to win in Tallahassee (2001) and became the first ACC foe to own a winning streak over the Noles after the ‘02 triumph.

NC State is going to have lots of fun stuff to commemorate the ‘02 game on social media today.

Join the #WolfpackWatchParty starting at 4 pm as key players & others talk about their memories of the 2002 FSU game and that special season. pic.twitter.com/brGOKPp7Sj

The red shoes. The sunglasses. The CHEST!

We’re kicking our #WolfpackWatchParty off w/ a visit from Chuck Amato – head coach from 2002-06. pic.twitter.com/zUxgfj2X7c

(Pardon their typo on his tenure.)