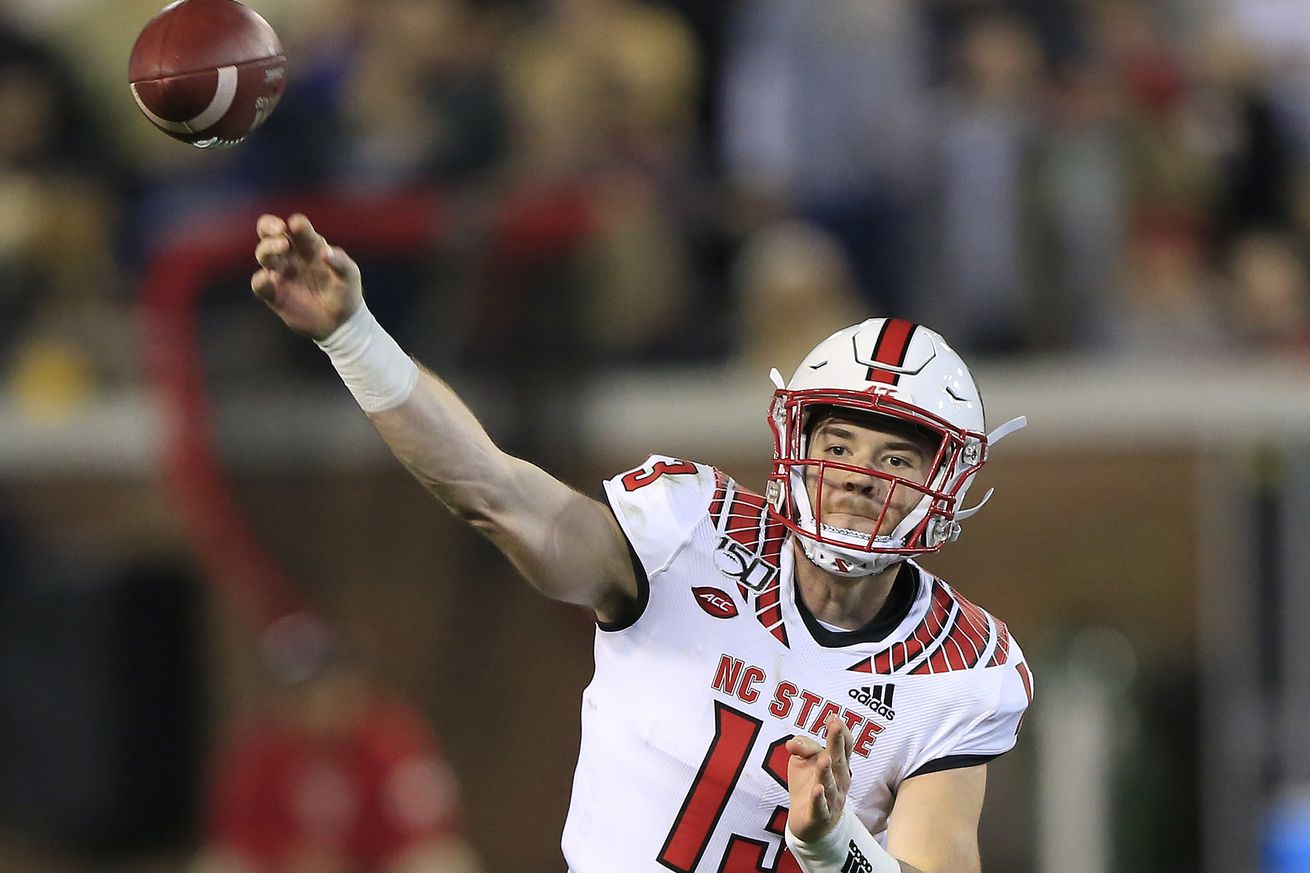 Some of y’all come to this site for the masterful musings of Muma. Others the poignant and profound points of Pirate Wolf. Whether in the column or comments, opinions articulated tend to have cogent reasoning and objective fact. This will not be one of those instances. Articles in this realm shall henceforth be known as the works of TO(BS)Ghost, as there will be no true analysis, only offhand reactions. Take with whiskey and a grain of salt, these are the uncensored thoughts of a man not to be taken seriously.

Ah, June. But soft, what light through yonder window breaks? It is the Atlantic, and I hope we can run. As much as I try to talk myself into liking our QB room, the depth at receiver, and the new OC to put those pieces together, that sonnet just don’t sing to me. At this point you may say, “But TOBsGhost, its June, where hope springs eternal! Plus, sonnets weren’t sung, you jackaloon, read a book.” To whit I say, Shakespeare wrote plays not novels, and even the devil gets an advocate (I am a lawyer). Let’s break down our field generals from a fundamental standpoint.

Devin Leary- We had an old pitching machine at my high school, Iron Mike. If I had to guess I’d say Iron Mike was the work of North Korean engineering, he threw absolute rockets but you had no idea where the fuck they were going. I feel this way about Devin Leary. I want to like him. That raw arm strength is intoxicating, and you pray that it can somehow be harnessed. He gained experience last year, but how greatly has his development been hampered by the distance and absence wrought by the Covid? You love a Sistine Chapel ceiling, but who could forget the $2 Blue Ridge Cinema floor? Last time the Carolina’s saw that kinda man, Susan Sarandon was in his ear and giving him thongs. I’m not saying we need to call up Alamance Junior College, but if the boys pitched in to get Leary some new draws, my mouth will be shut with Victoria’s Secret if he can throw that ANGELine open on the seam route.

Bailey Hockman- You ever been satisfied with ground chuck even though a filet mignon was on the menu? Enter my guy Hamburger Helper Hockman. Not the type of guy you want to meet in a dark alley. Tough as nails. The beating he took in the FSU game was inspiring, if not terrifying. He has some accuracy issues as well, but this is a guy who can will his team to victory. He asks you to run the 99 Power Toss so he can be lead blocker. Although he can take a beating, did he have to? At times, he’s a second too late on his reads. Until that changes, “second” will describe his fiddle, too. His floor may be higher than Leary’s, but the ceiling is lower. To rephrase my first question, would you rather have guaranteed hamburger helper, or have a shot at a filet that may never touch the grill?

Ben Finley- Alright show of hands, how many of y’all were in a fraternity? The reason I ask this is you remember having to deal with legacies. Oh, your big brother is a campus legend? Guy spread defenses and legs? Set records, won games, probably has some dogs named after him? Neat. What can you do? Does the kid have moxie? Sure does. So did Harrison Beck. When Spaniards are less than impressed with something, they say “Me dejan frio.” It makes me cold (the direct cognate). It does nothing for me. Watching his film gives me this same lack of enthusiasm. He’s got that Bernie Kosar awkward elbow whip to generate power that screams “Clemson corners will take every out route back for 6.” At this point I need to say something nice because this is sounding way too negative for what should be a comedic blog. Kid probably howls at the moon at night. He is going to put every ounce he has into this program, wants to be better than big brother, and bah Gawd he wants to win. Will be a fan favorite from day one because of those intangibles and the fit for our culture. I’d love to be wrong on his arm, and when I am, feel free to refer to this always and for eternity.

Ty Evans- Why does everyone seem to forget this guy? Elite 11? Gatorade State Player of the Year? Only QB on the roster to lead his team to a State Championship? Yeah he did that twice. Natural, repeatable throwing motion. Ball zips out of his hand. Had committable (ha) offer from Bama. Ty Evans is that girl in high school who you should have been nicer to. Maybe she was quirky and that wasn’t cool. Maybe she was a bit skinny or mousy, played the clarinet, and volunteered on the weekends. She was forgotten. Fast forward a few years, you’re back home from college for Thanksgiving. Everyone is out at the bar on Wednesday, and there’s a girl you don’t seem to remember turning heads and dropping jaws. You take a sip of your beer, turn to your buddies and say, “Jesus Christ boys, look at those legs run up and make a complete ass out of themselves!” That’s Ty Evans. Well, not like, actually, but you get the picture. He’s more athletic and mobile than Leary. Makes better reads than Hockman. Does everything better than Finley Deaux. Looks to fit the mold of a Tim Beck QB better than anybody else on the roster. I’m writing his name all over my diary and putting his picture in my dreamcatcher. Give me a world where Ty Evans is QB1 for NC State, because that is the world I want to live in.