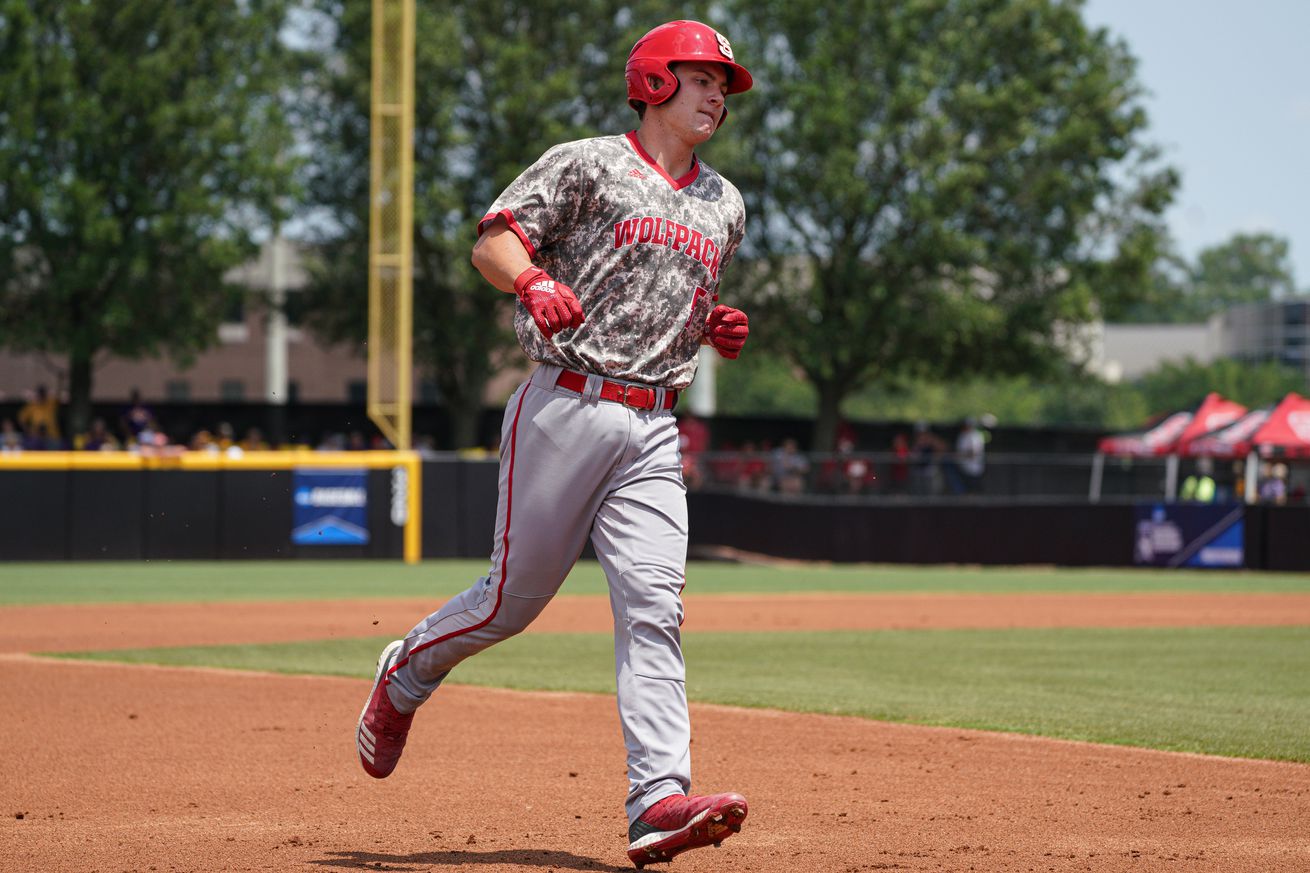 Carlos Rodon is currently the highest NC State player ever selected in the MLB Draft, going #3 overall in 2014 to the Chicago White Sox. No other player to suit up for the Pack9 has ever gone in the Top 10 of the draft, but that may well change Wednesday night as the abbreviated 2020 MLB Draft kicks off.

If nothing else, NC State will hit double-digits in 1st round draft picks as you can take it to the bank that Patrick Bailey will hear his name called before the draft gets done with their opening round. Dang near every single mock draft has Bailey going at #11 overall to the White Sox (much love to the south side of Chicago for their appreciation of NC State talent).

The highest you’ll see Bailey mock drafted is to the Angels at #10 overall, which would actually make it the second straight year that the Angels have spent their 1st round pick on an NC State player (much love to the Anaheim area of Los Angeles for their appreciation of NC State talent, even if they did trade Wilson away during the offseason).

But let’s go back and look at the first mock draft linked, the one from Fangraphs. In particular, let’s look at what Fangraphs has to say about the Baltimore Orioles pick at #2 overall:

2. Baltimore Orioles- Austin Martin, CF, VanderbiltThere’s a pretty significant fork in the road here. Teams picking behind Baltimore still think this situation is fluid, that the Orioles have been shopping around (initially Nick Gonzales, who has realistic homes at four through six) looking to cut a deal as they try for an optimal quality/quantity combination for their class as a whole. Sources think the team has explored getting a deal done for between $4 million and $4.5 million, which is the slot amount between picks 11 and 14. It’s logical for Baltimore to explore this with Arkansas outfielder Heston Kjerstad and North Carolina State catcher Patrick Bailey, as they’re two pretty stable college bats generally ranked in the eight to 11 range on most teams’ boards. They’re both in the mix between picks seven and 11, and are likely to get something close to slot there, which is more than the $4.5 million mark teams think Baltimore might be shooting for.

I had heard some scuttlebutt about Bailey at #2, but not from any reputable source – at least not until Fangraphs casually threw that tidbit of info out there.

Now let’s be real here, the chances of this happening are incredibly slim. But basically, the Orioles might be trying to do this 2nd overall pick on the cheap to save some money.

The 2nd overall pick has a signing bonus slot value of roughly $7.8M. The 11th overall pick is roughly $4.5M. If the Orioles aren’t sold on any other prospect currently ranked/mocked ahead of Bailey – at least not sold on them enough to pay them $3.3M more than another player they like almost just as much – they might choose to draft Bailey at #2 overall if he’ll agree to take #11 pick money. That would free up the team to then select some more “unsignable” players later in the draft and throw additional money at them to get their name on that contract.

Or, who knows, maybe the owners are really telling the truth that they’re struggling to get by financially during these difficult times and they’re actually trying to save money wherever they can.

Will it happen? Probably not. Either way, this draft just got a lot more exciting.