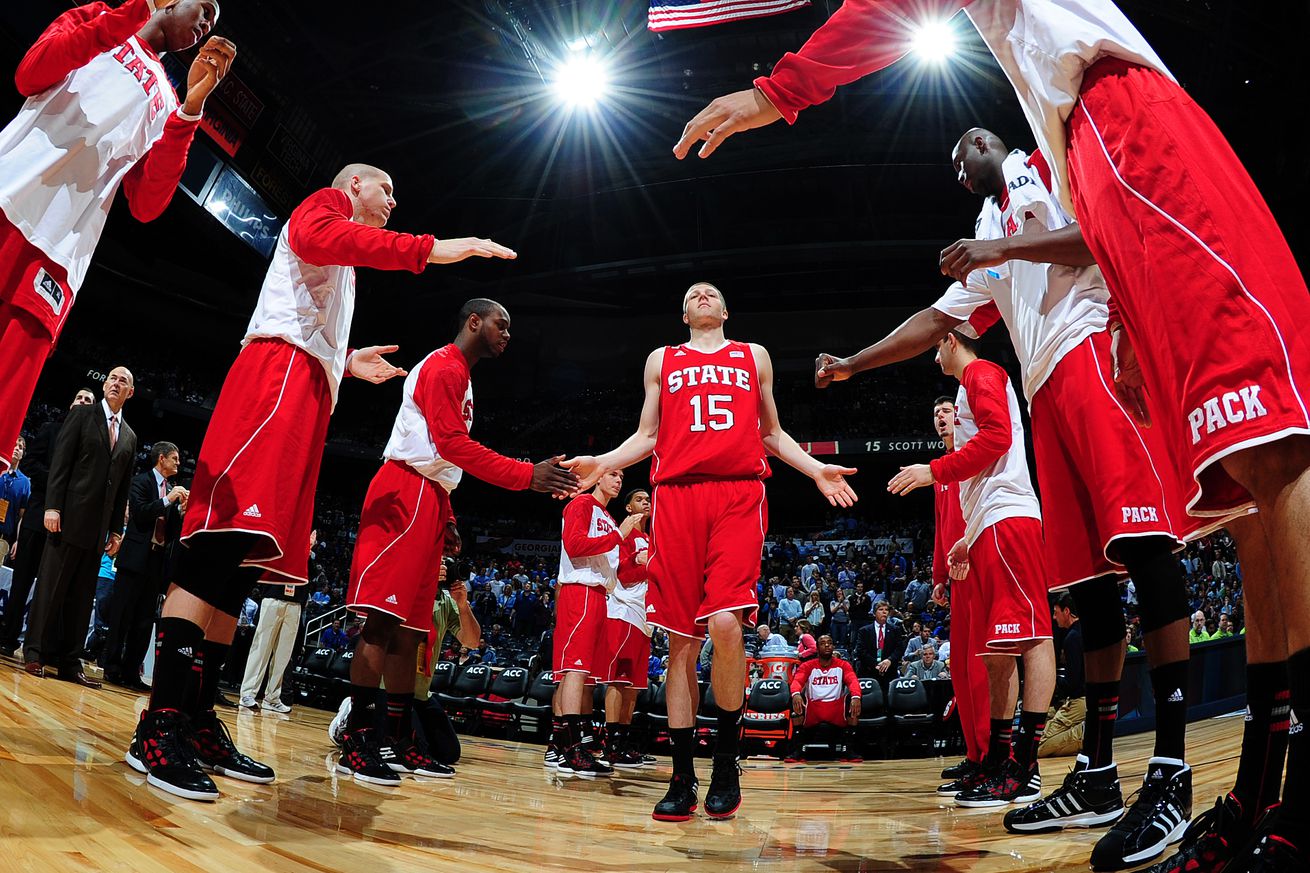 In a world without live sports to complain about, I’ve been doing a bit of rewatching of old sporting events. Naturally, because I’m a massive NC State fan, this led to a lot of me playing the what-if game with missed opportunities for a lot of seasons gone by in a variety of Wolfpack sports. After some late nights where I’d fallen down a YouTube rabbit hole cursing the field dimensions at TD Ameritrade Park, missed free throws, missed field goals, missed charge/block calls, missed out of bounds calls, and the like, I realized that instead of looking at all of the different losses that the Pack has worn throughout the years, it was a bit more fun to examine all of the different looks the Pack has worn throughout the years.

State & Adidas reached an “all-sports” deal in 2012. Prior to that, each individual sport had their own deal where there were instances like Football being a Nike program in the early 2000’s before signing a Football-centric Adidas deal post-Rivers, Baseball once being sponsored by Majestic, Women’s Basketball once being sponsored by Nike, etc. I know that a lot of people have had major gripes with Adidas for a variety of reasons, but I personally don’t really mind Adidas. I would prefer Nike from an optics point of view, but if State were a Nike school, they’d be much further down the pecking order in terms of importance (although maybe that would’ve saved us from some of the current DSJ/Adidas mess…). My only major gripe with Adidas is the constant, year-in and year-out, change of uniform design in seemingly every sport. This has led to State getting a lot of varied looks, but at the same time – has led Adidas to refuse to stick with a single look for very long, no matter if it’s a well received look or not.

In going back through some of these highlights, I decided to create a series on BtP where I take a look at the different uniforms worn by the Men’s Basketball, Football, and Baseball programs. I organized the sections below based on the seasons where the individual uniforms were introduced and the included a few polls at the bottom of this post to get a feel for what everyone’s favorite looks have been for the Wolfpack over the last decade.

If I’ve missed any, please make sure to include them in the comments section below. Also let me know if there’s a different way you’d like to see these presented in the future (i.e. links to pictures of each uniform instead of a long string of pictures like this one).

*The black uniform worn by Lenard Freeman in the pic above was from the Brooklyn game against LSU. This was part of the Adidas “Iced-Out” uniform template. I think State also wore a white version of this “Iced-Out” template in a game during this season, but I cannot for the life of me remember which game or find a picture of said game worn uniforms on the interwebz.

*State also wore a dark gray jersey in Raleigh against Penn State in 2017-2018, but I wasn’t able to track down any pics from this game available through SB Nation’s photo library.

Hope everyone is staying safe & healthy out there, keeping an open mind in regard to everything that is currently going on in the country right now, and has made sure that they’re registered to vote in their respective state/district for the upcoming primaries and general elections.