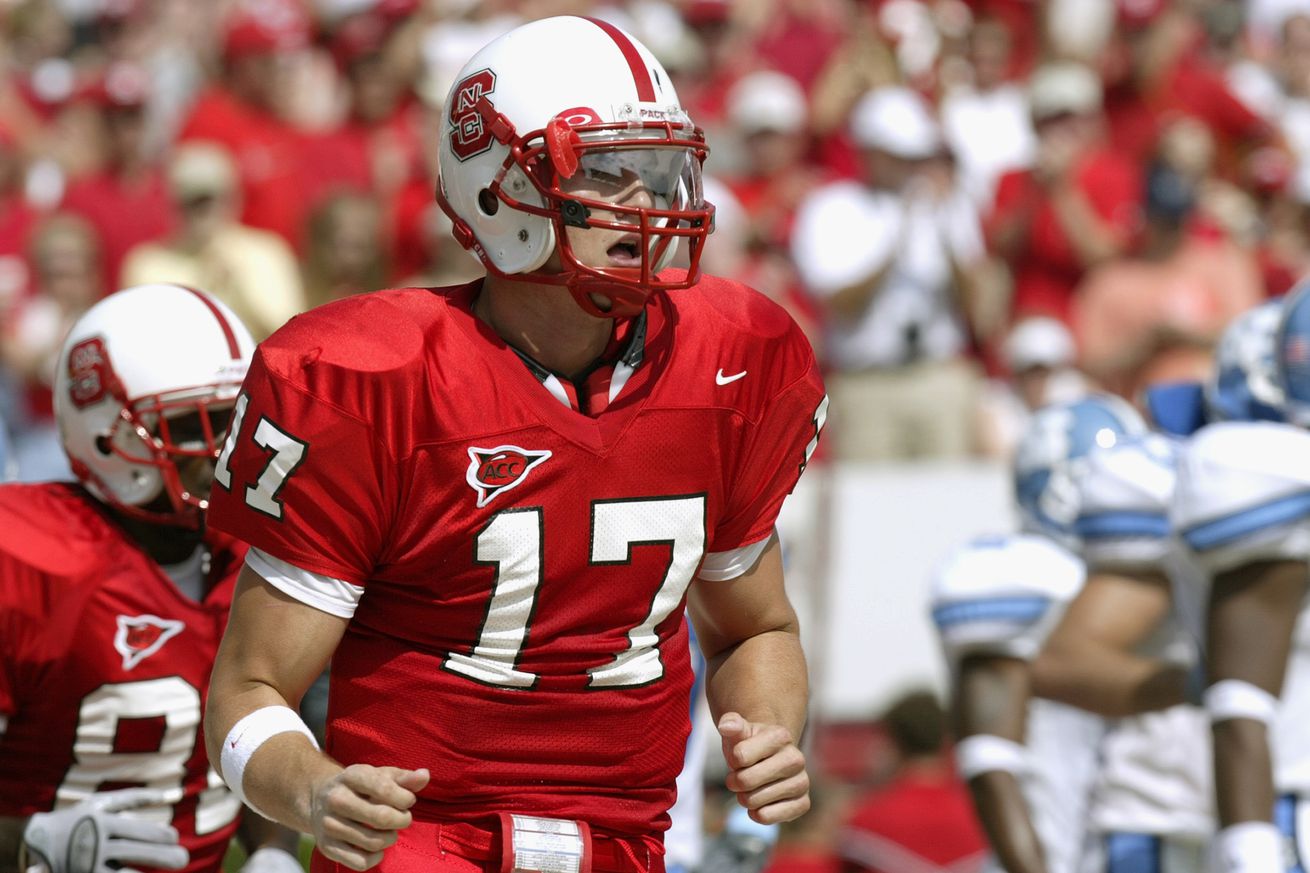 I first posted one of these a couple of weeks back for the MBB program. You can find the results of the polls in that post here.

For the NC State Football portion of this series, I decided to break it up into three parts because what in the hell else am I going to fill my down time right now? This FB uniform series is going to be broken into: (1) Favorite Helmet, (2) Favorite Jerseys, and (3) Favorite Home & Away Helmet/Jersey Combo.

*The picture is from 2012, but these helmets were introduced in the 2011 season.

*I’m calling the White Helmet/Red Block S/Double Black Stripe helmet from the 2013 FSU game a “Ghosted White Helmet” because I never really understood why State wore those. They weren’t part of any uniform reveal IIRC.

State just decided to wear them kind of out of nowhere, and then proceeded to get totally pantsed by a dominant FSU team that was the eventual 2013 National Title winner. I went to that game in 2013, got there at the end of the 1st quarter, saw that State was down 35-0, and made it til the mid-way mark of the 2nd quarter before deciding that it was a better use of my time to check out what type of alcohol that Tallahassee had to offer.

*I’m sorry. I don’t care how good a person you might be, but if you thought that the two gradient – metallic gray / red – abomination helmet that State introduced in 2014 was a good look – well then I’d be willing to say that I flatly don’t think I’d like you. They even came complete with wolf eyes on the back of them. Burn those. Burn them with fire. Never let them see the light of day again.

I decided to toss a throwbacks section in here because I’d personally love to see State wear a different throwback helmet once a season. However, the only time in recent memory that they broke out a throwback helmet was the 2016 monsoon game against Notre Dame as pictured below:

There are also the following throwbacks:

NCSU Senior Associate AD Fred Demarest posted a tweet last year of a graphic in Reynolds that showcased all of the different helmets that the Pack has worn throughout the years. I’d love to see some kind of large scale graphic in one of the concourses at Carter-Finley that shows all of the different helmets as well. I think they’ve got something like this inside the Murphy Center, but I’ve never had the fortune to tour the “Palace that Chuck the Chest Built”.

My personal take on the football helmets is that the Tuffy heads are obviously here to stay. They pop on TV much better than those of the Block S variety, and the entire Athletics Department has obviously been pushing that logo much more than the Block S over the last ~3 or so years. #branding

From a season to season perspective, I’d love to see red/white alternating Tuffy helmets as the primary looks, with one game a year where State wears the full 2017 “Black Howl” uniform set (I like these a lot more than the black uniforms/helmets they wore in 2018 and 2019), and one game a year where they wear a throwback helmet (Block S, Script S, or Diamond S).