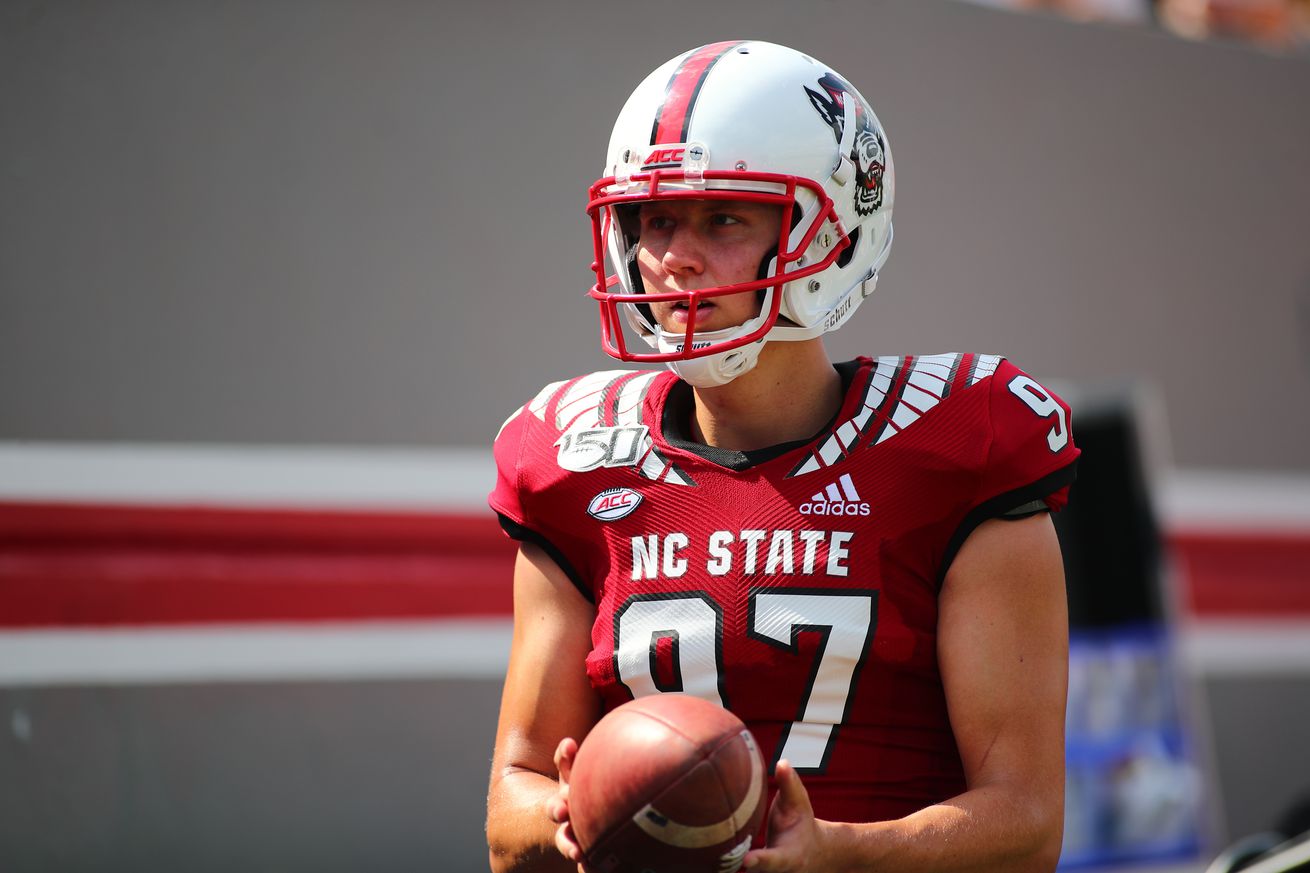 Folks, NC State has the best punter in the ACC; you know it, I know it. Trenton Gill finished last season third among all FBS punters in average per kick—he accounted for over 200 yards per game on average, making him the only offensive and/or defensive force on NC State’s football team.

Trent was the best punter in the ACC last season, yet had to take a back seat to this league’s impactful legacy punters—in this case Sterling Hofrichter—and I’ve had enough of it. This happens every year—the glamour boys of the league, who provide the biggest quotes, draw the largest crowds at media day—well aren’t they always rewarded and what a coincidence?

Sterling Hofrichter was great once—many would say twice, even several times. Hofrichter will have his name in the rafters at Syracuse; that’s never been a question. But I would suggest perhaps that he struggled last year.

Hofrichter helped make the ACC visible. He’s also the greatest football player in Syracuse history, the only guy playing capable defense in the Carrier Dome for years now. I get that. What he got last year wasn’t earned. We don’t have to like it.

Okay so it’s a new year maybe it takes his graduation for Trenton Gill to get his due.

Let me look now ahead to 2020 and Athlon’s preseason first-team:

What the fuck is this? Did I not clearly illustrate this earlier?

Who the hell is Oscar Bradburn? Listen, I’m calling my congressman about this, and I encourage you all to do the same. It’s a conspiracy at this point.