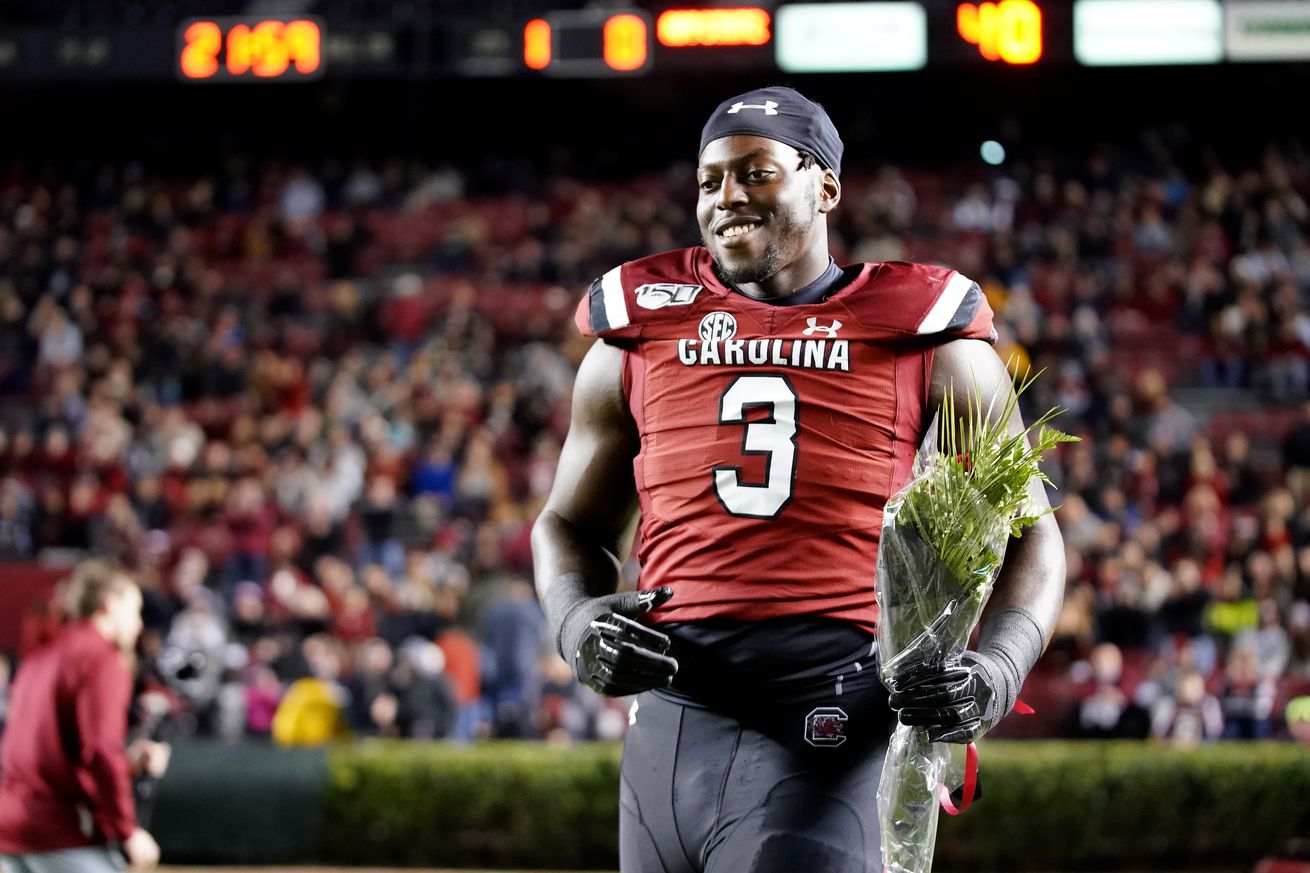 The former Gamecock is Bay-bound.

South Carolina defensive tackle Javon Kinlaw will be striking out from Columbia to the Bay, selected No. 14 overall by the San Francisco 49ers in Thursday night’s NFL Draft.

Speaking of which, the 49ers have shown a bit of an affinity toward South Carolina players in recent years, drafting legendary running back Marcus Lattimore and wide receiver/kick returner Bruce Ellington, while also employing quarterback Dylan Thompson at one point on their practice squad.

Kinlaw is the highest-selected NFL Gamecock since Jadeveon Clowney, and the program’s 14th first-round pick (ninth since 2000). Congratulations to this one-man wrecking crew who made South Carolina’s defense a lot of fun to watch, and best of luck to him in the Bay.