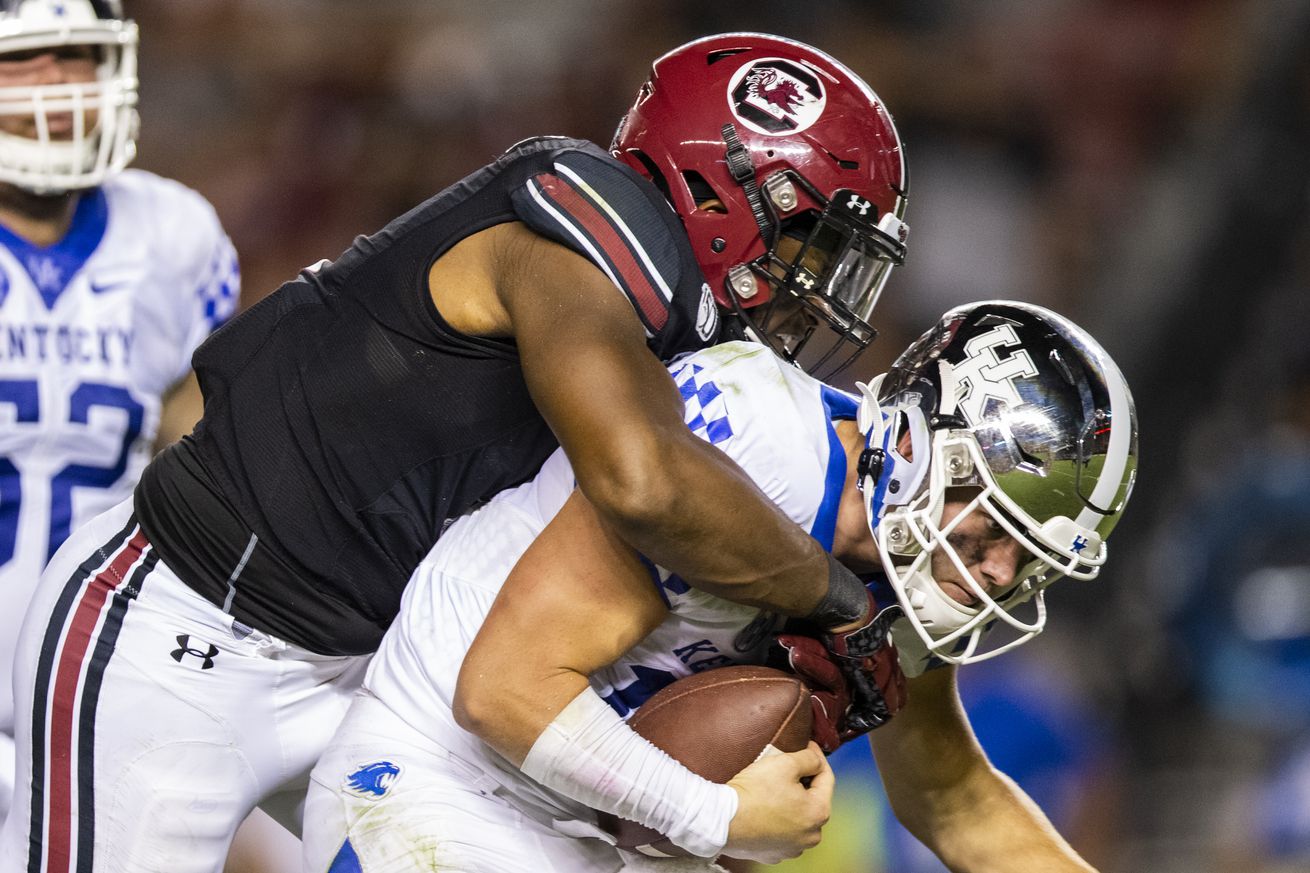 The NFL Draft wrapped up on Saturday with two more South Carolina Gamecocks coming off the board, and a handful of others getting picked up as undrafted free agents.

The Minnesota Vikings made defensive end D.J. Wonnum their fourth-round choice, picking him 117th overall. The second-team All-SEC performer finished his career with 137 tackles, including 29.5 for loss (tied for ninth all-time) and 14 sacks. He’ll also likely be remembered for his crucial blocked field goal in the Gamecocks’ upset of No. 1 Georgia last season.

Linebacker T.J. Brunson was the next and final Gamecock to be chosen, going 238th overall in the seventh round to the New York Giants. Brunson was a stalwart on the Gamecocks’ defense in his four-year career, compiling 238 tackles (164 solo), which includes 21 tackles for loss and six sacks, and recovered four fumbles.

South Carolina’s four #NFLDraft2020 picks are its most since the 2015 draft class.

That’s also back-to-back years with three or more selections (four being the most in the @CoachWMuschamp era at @GamecockFB) for the first time since 2015-16. #Gamecocks // #ForeverToThee pic.twitter.com/4hsLkV8s3p

For the first time since 2013, the Gamecocks had three or more defensive players drafted.

In addition to the above picks, South Carolina saw a batch of players sign as undrafted free agents:

Big congrats to all of these former Gamecocks as they start the professional chapter of their careers.