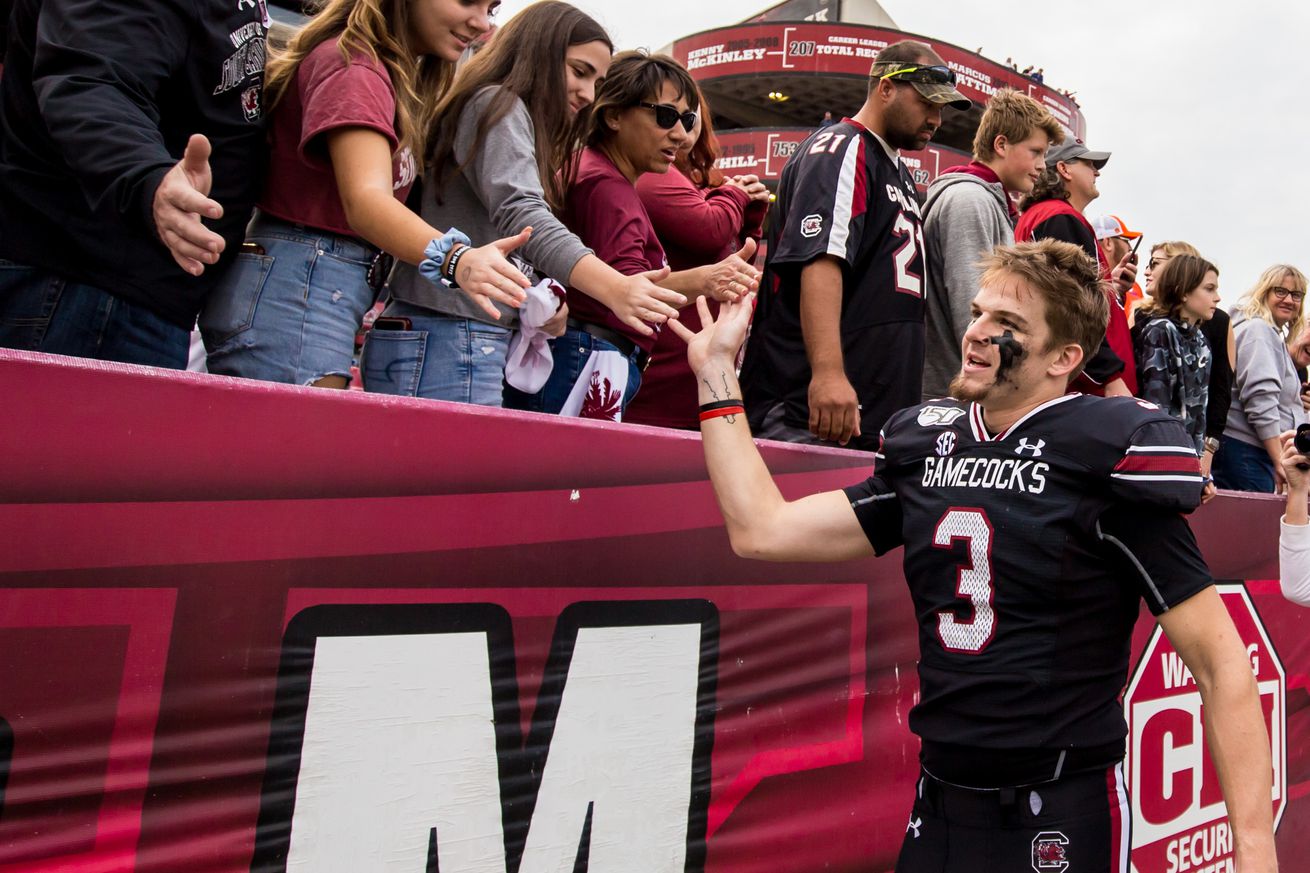 Tanner provided some transparency with how USC is handling the pandemic.

With speculation swirling about the future of sports in 2020 amid the coronavirus pandemic, much of the attention has been focused on the viability of university athletic departments, all of which depend on football for a sizable chunk of their revenue — even at larger schools.

South Carolina is no different, and in an interview with 107.5 FM on Wednesday, athletic director Ray Tanner finally shed some light on what’s been going on behind closed doors.

First, the most surprising and optimistic tidbits: Football season tickets are actually slightly ahead of pace, and as of yet, USC hasn’t furloughed any of its staff members. That option is still on the table, depending on how long the pandemic continues to handcuff everyday life, but it’s good to hear that it hasn’t been seen as a necessary action just yet.

Tanner also reiterated the idea of a May 15 deadline to determine whether USC’s fall semester will proceed as normal or with alterations, though he also tossed out June 15 as the ultimate decision day:

“I know [President Robert Caslen] has come out and said we could make a decision by May 15, no later than June 15. We have some very talented people on our own campus that are providing input. The good news is we’re still in April. There is still some time to get ready to go in the fall.”

Unfortunately — although not unexpectedly — USC doesn’t have insurance that would help cushion the catastrophic financial loss of a canceled football season. “Global pandemic” isn’t usually listed as a coverage option alongside hurricanes and the like.

“It’s not nearly to the degree we would be in really good shape. You have to look at it in more simple terms. You save for a rainy day, right? But you don’t necessarily prepare for the monsoon. If we get to the situation where we’re wiped out and the coronavirus doesn’t allow us to do the things we want to do and it affects sports and academics, we’re not going to be able to fix it. We’re not in charge.”

That’s a pretty dire assessment, but certainly an honest one. However, Tanner’s keeping the faith, and seems optimistic that at least an altered or truncated football season could be in play.

“If we don’t kick it on Sept. 5, does that mean we can’t kick it at all? I don’t think that has to be the case. Maybe there is a reduced season to come up with a solution. I think it’s possible to make adjustments. This is just speculating, we could play a shortened season or we could push it farther into the academic year.”

That plan, of course, comes with its own issues — primarily, how 2021’s football season would be handled in the wake of such a disrupted calendar — but it would allow universities to continue operating their athletic departments with some semblance of normalcy. Some schools, like Cincinnati (men’s soccer) and Old Dominion (wrestling), have already been forced to drop non-revenue sports. And given how popular many of those are among South Carolina fans — to say nothing of the student-athletes who depend on those scholarships — I’d certainly hate to see a ripple effect in Columbia.

At the end of the day, no one knows anything. There just aren’t any answers to be had. But at least we got an update of sorts from South Carolina’s administration, and should be hearing more within the next few weeks.