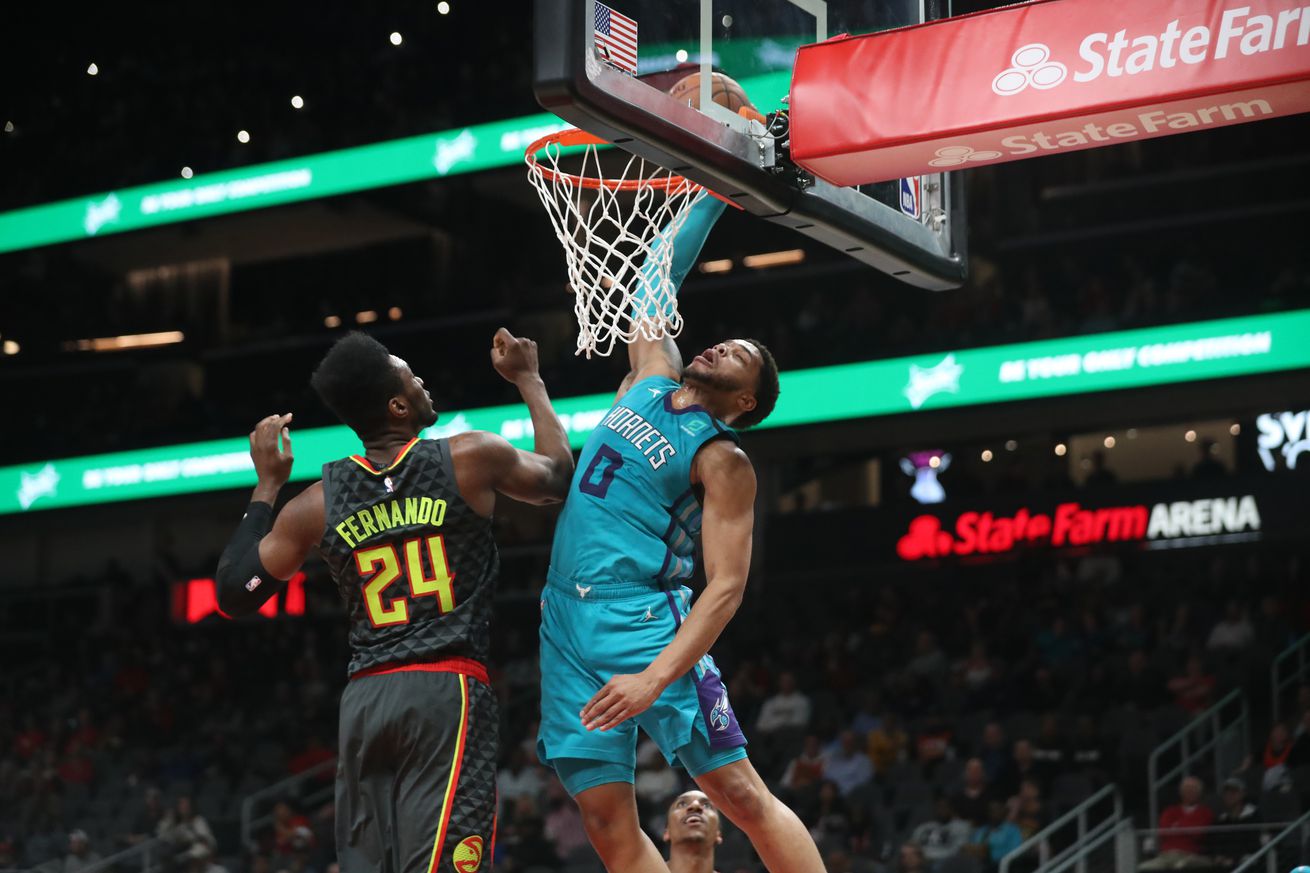 Bridges cleaned up some major early blemishes as the season went along.

Head coach James Borrego has said numerous times that he feels Miles Bridges is best suited as a power forward in the NBA. However, when the Charlotte Hornets drafted PJ Washington and subsequently saw him immediately exceed expectations, it pushed Bridges down to the small forward spot. He did okay there, but there were still plenty of warts in his second season that need to be cleaned up going forward.

On a superficial level, Bridges’ second season as a pro looks like a big step up from his rookie season. Most of his per-game stats went up, and his scoring per-36 minutes went up substantially as well. For the season, Bridges averaged 13.0 points, 5.6 rebounds, and 1.8 assists per game. Those are decent numbers for a sophomore, and when paired with his physical attributes, gives reason for optimism about his future.

Despite the nice-looking box score numbers, there were some deeper issues with Bridges’ play this season. He still played too sped up, similar to how he did as a rookie. He was frequently out of position on defense and didn’t seem engaged on that end when he wasn’t matched up with an elite foe. For much of the season, Bridges had one of the worst on/off ratings in the entire league—through the end of December, the Hornets were 19.5 net points per 100 possessions worse when Bridges was on the floor.

That on/off rating regressed to the mean as the calendar turned to 2020, as Bridges had a +6.4 on/off rating from January 1st through the end of the season, best out of any of the Hornets regular rotation players. Within that was an eight game stretch from late January through mid February where Bridges averaged 20 points and seven rebounds per game (and had a +23.7 on/off rating).

Bridges still has room to grow in to a legitimate piece of the Hornets long term plans, especially after his second half of the season alleviated some of the concerns that popped up early on. He still has to work on his outside shot and play with confidence more consistently, but both of those can easily come with more time and experience.