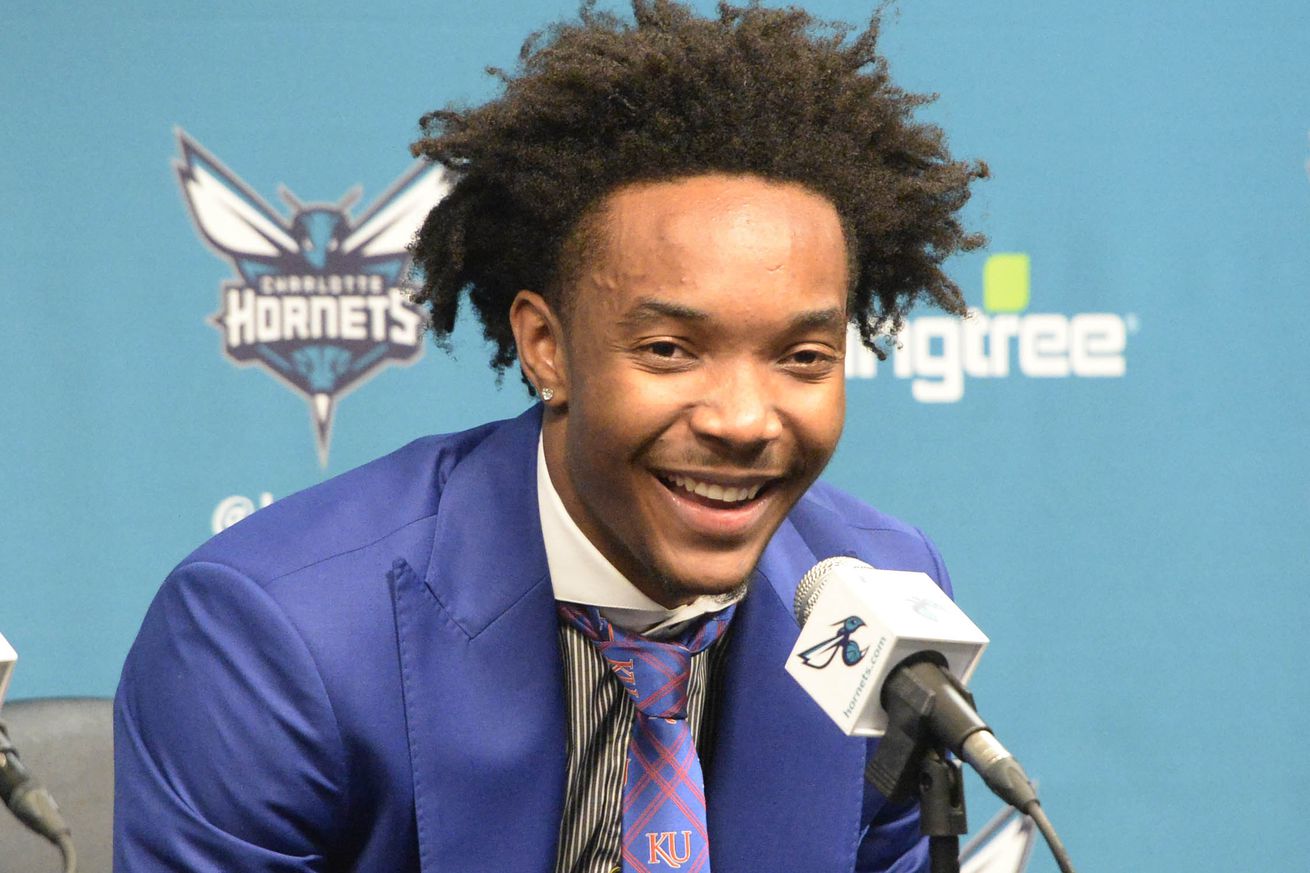 Who is the Hornets’ MVP? Defensive Player of the Year? Most Improved? The At The Hive contributors give their picks.

When the NBA announced their plan for a 22-team return to action at Walt Disney World in Orlando, Fla., the Charlotte Hornets’ 2019-2020 season was effectively ended. The only non-playoff team in the Eastern Conference to be included in the play-in tournament was the Washington Wizards, who are currently one and a half games ahead of the Hornets in ninth place. The cut-off for Orlando was any team that is six games or fewer from the eighth seed, and the Hornets are seven games out. It was that close.

There’s also this quote from Hornets owner Michael Jordan per The Athletic and Stadium’s Shams Charania, which may have had something to do with the fact that the Hornets aren’t participating in the NBA’s resumption:

Hornets owner Michael Jordan advocated on the call for player safety, and not simply having players return for meaningless games, sources said. Given the NBA is prioritizing health and safety first and foremost, 30 team return is unlikely. https://t.co/03pAvpDPi7

MJ knows the Hornets need that top-10 draft pick. Maybe he’s finally coming around and accepting the correct way to rebuild a small-market franchise; the draft. It stinks that we won’t see the Hornets on the court until December or January, when the 2020-2021 season is rumored to start, but it would stink even more to end up drafting Josh Green instead of Tyrese Haliburton (no offense to Josh Green).

Hornets fans are now 100% in offseason mode. At The Hive already has some 2020 NBA Draft content you can pour through, and there will be more where that came from as time goes on. But, we also wanted to reflect on the team’s surprising 2019-2020 campaign. You know how the NBA gives out awards at the end of the season, right? Like MVP, Defensive Player of the Year, Most Improved, etc.? Well, we’re gonna give out those very same awards, but only to Hornets players, because they are the most deserving.

Without further ado, these are the 2019-2020 Buzz City Postseason Awards. Congratulations to all winners! Hornets fans love you and your plaque is in the mail!

Jonathan DeLong: It has to be Devonte’ Graham. He led the team in both scoring and assists, and he came up with clutch buckets all season long. The team was 11.3 points per 100 possessions better with him on the floor, which ranks in the 96th percentile league wide. Not bad for a guy whose self-appointed goal for the season was 12 points and 6 assists per game.

Daran Faust: Devonte’ Graham. When the team needed him, he was there. Graham was the lead man for the Hornets throughout the 2019-2020 season, answering the call with plenty of clutch moments this season. He’s earned team MVP outright.

Chase Whitney: Devonte’ Graham is the easy answer. He led the team in scoring at 18.2 points per game, shot 37.3 percent on 9.3 3PA per game, had a 2.6 AST:TO ratio, made the 3-point Shootout at All-Star Weekend, saved many games with clutch plays, and, most of all, is the unquestioned best player on the team going into next season. What a spectacular breakout season for Devonte’. He really is the coolest man on Earth.

Daran Faust: Devonte’ Graham, again. Graham had probably one of the biggest career turnarounds we’ve seen in a very long time, not only in Charlotte Hornets franchise history, but NBA history. Graham took a massive leap from being in the G-League last year to now in his first stint as a full-time starter averaging 18 points per game, that speaks volumes to the work ethic of Devonte’ Graham.

Chase Whitney: Devonte’ wins it again. He spent most of his rookie season in Greensboro, and then exploded onto the scene within two months of his sophomore season. He was one of the best non-All-Stars in the NBA this season. Malik Monk improved too, but not as much as Devonte’.

Defensive Player of the Year

Jonathan DeLong: Cody Martin. I can’t find the Tweets, but some metrics had Martin as the best rookie defender in the league this season. Bismack Biyombo gets honorable mention here as well.

Daran Faust: PJ Washington. He’s shown polished footwork as a defender under the rim, and aggression on the boards.

Chase Whitney: I’ve flip-flopped many times between Cody Martin and PJ Washington, but I think I lean towards Martin. He played far fewer minutes, but his presence was felt whenever he did see the floor. He’s active, smart, aggressive, and has more length and athleticism than people give him credit for.

Rookie of the Year

Jonathan DeLong: PJ Washington. He was kind of a blah pick back in the draft, but he’s shown much more explosive potential than I think even his most ardent supporters would’ve imagined.

Daran Faust: PJ Washington was my Hornets ROTY this season. Coming out of Kentucky, I can say I was not as high as others; after a solid rookie season where he established himself as a starter, I can see the potential of Washington. Hopefully, he can develop into a consistent double-double player for Charlotte shortly.

Chase Whitney: All of the Hornets’ rookies were good, but PJ Washington was far-and-away the best. He’s a mortal lock for an All-Rookie team and was in the top-10 among rookies in nearly every important statistical category. As MickSmiley wrote about here, PJ’s 12-5-2 rookie season was a lot more impressive than it seems.

Jonathan DeLong: Devonte’ Graham, Terry Rozier, Cody Martin, PJ Washington, Cody Zeller. Graham, Rozier, and Washington are locks. Zeller gets the slight nod over Biz at the center spot. I think Bridges has more long-term potential than Martin does, but Martin’s big positive impact earns him the nod for this team.

Daran Faust: Devonte’ Graham, Terry Rozier, Miles Bridges, PJ Washington, Willy Hernangomez. Devonte’ Graham unsurprisingly was my Hornets MVP and MIP, and Rozier was the second-leading scorer. Bridges is just starting to tap into his potential, and Washington was really solid for a rookie. Hernangomez has a higher defensive rating and win-share rating than Biyombo and Zeller.

Chase Whitney: Devonte’ Graham, Terry Rozier, Miles Bridges, PJ Washington, Cody Zeller. It was tough deciding whether to include Monk or Cody Zeller, but I gave the nod to Zeller since Monk is not allowed to play in the NBA for now. Zeller is also a bit under-appreciated in Charlotte and he deserves his due before (if) he leaves next summer.

Jonathan DeLong: Terry Rozier, Cody Martin, Caleb Martin, PJ Washington, Bismack Biyombo. The Martin twins have to make the all defense unit together (the team’s 101.3 defensive rating with both on the floor is one of the top marks in the league). Zeller is probably a more versatile defender than Biz, but Biz gets the nod for his rim protection and rebounding.

Daran Faust: Devonte’ Graham, Caleb Martin, Miles Bridges, PJ Washington, Willy Hernangomez. For my defensive selections at the guard spots, I went Martin & Graham, I think Martin has been the best backcourt defender all year for Charlotte. For my frontcourt selections, I picked Bridges, Washington, and Hernangomez. Bridges’ defense has been respectable since he has walked into the NBA, I think this year he showed progress and glimpses of his potential as a defender. Rim protection is still a need for the Hornets, but Hernangomez has shown to be a much more capable defender than given credit.

Chase Whitney: Terry Rozier, Cody Martin, Miles Bridges, PJ Washington, Bismack Biyombo. We all love Devonte’ but Rozier is the better defender. Cody Martin is the most aggressive defender on the team. Miles Bridges has all of the physical tools, even if he still struggles on that end at times. PJ and Bismack Biyombo are the two best rim protectors on the team — PJ can switch on to perimeter players as well, and Biz was their only shot-blocker.

With that, we conclude the 2019-2020 Buzz City Postseason Awards. As always, comment below what you think. Make your own picks. Yell at us for ours. Agree with us, maybe. Now, we’re on to the 2020 NBA Draft and free agency.