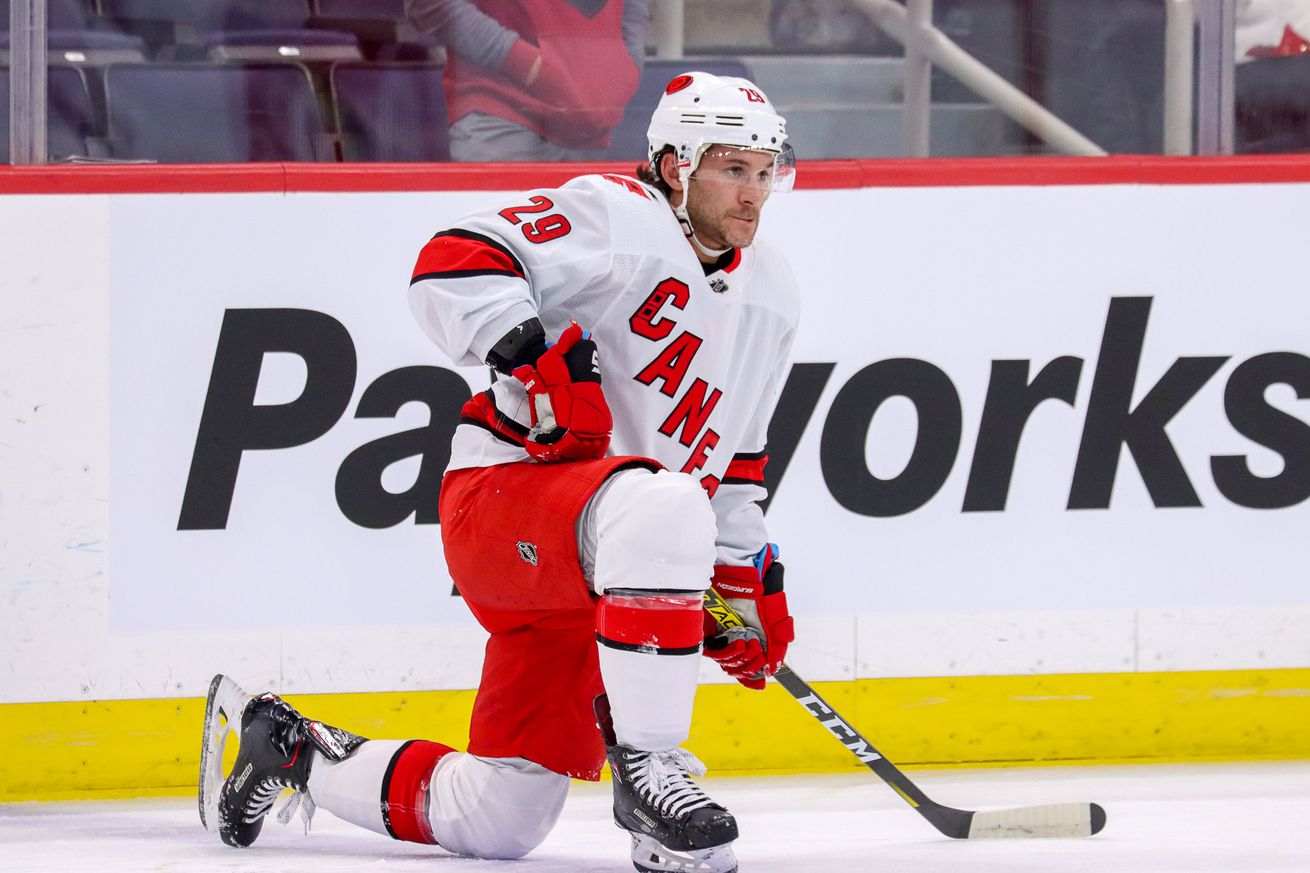 A one year, two-way, near league minimum contract proved to be even more underwhelming than it sounded like it would be.

There may not have been a more forgettable player for the Hurricanes this season than Brian Gibbons. Signed to a one-year, two-way contract that was just barely above league minimum, Gibbons wasn’t expected to be much more than a potential fourth-line gamble. But it was like one of those casino apps that promised one free spin so it didn’t really cost anything but you also don’t win anything.

The journeyman forward had bounced around the league for a few years, never in one spot for more than a year, having played for five different NHL clubs before donning a Hurricanes sweater.

This season though, Gibbons appeared in 15 games, took 16 total shots and walked away with zero points. He never seemed comfortable on the ice with Carolina despite getting time with a few different linemates.

In fact it’s probably safe to say that the most memorable event for Gibbons on NHL ice this year was the accomplishment of a linemate on a play he had nothing to do with. He was there on the ice for the “Svech” goal and was also the first one to get to Andrei Svechnikov, grabbing and shaking him, probably just as blown away as any of us were.

Gibbons didn’t accomplish much of anything in the NHL this season, and while he still wasn’t great at the AHL level, he at least had some production with the Charlotte Checkers. He scored four goals and registered 18 points in 26 appearances with the Canes’ (maybe still, maybe not… still waiting on that one) affiliate club.

At this point, Gibbons’ career totters between a career AHL’er who can potentially serve as a gritty fourth line call-up or playing in a European league. With teams looking to keep their farm systems filled with their own young prospects, it seems less and less likely that Gibbons will even earn an AHL contract.

The latter option seems even more likely with his name having been linked to signing with HC Lausanne in the Swiss NLA for the 2020-21 season according to 24heures, a Swiss based news site.

Gibbons’ time with Carolina’s organization will almost certainly have reached a close with the rest of the AHL season fully cancelled and the Canes having better options in the pipes if necessary for the play-in and playoff rounds, but there is always the chance injuries could force some desperate needs. However, the most likely case is that Gibbons will move on to other opportunities and fall into franchise obscurity, the perfect name for future Canes trivia questions.