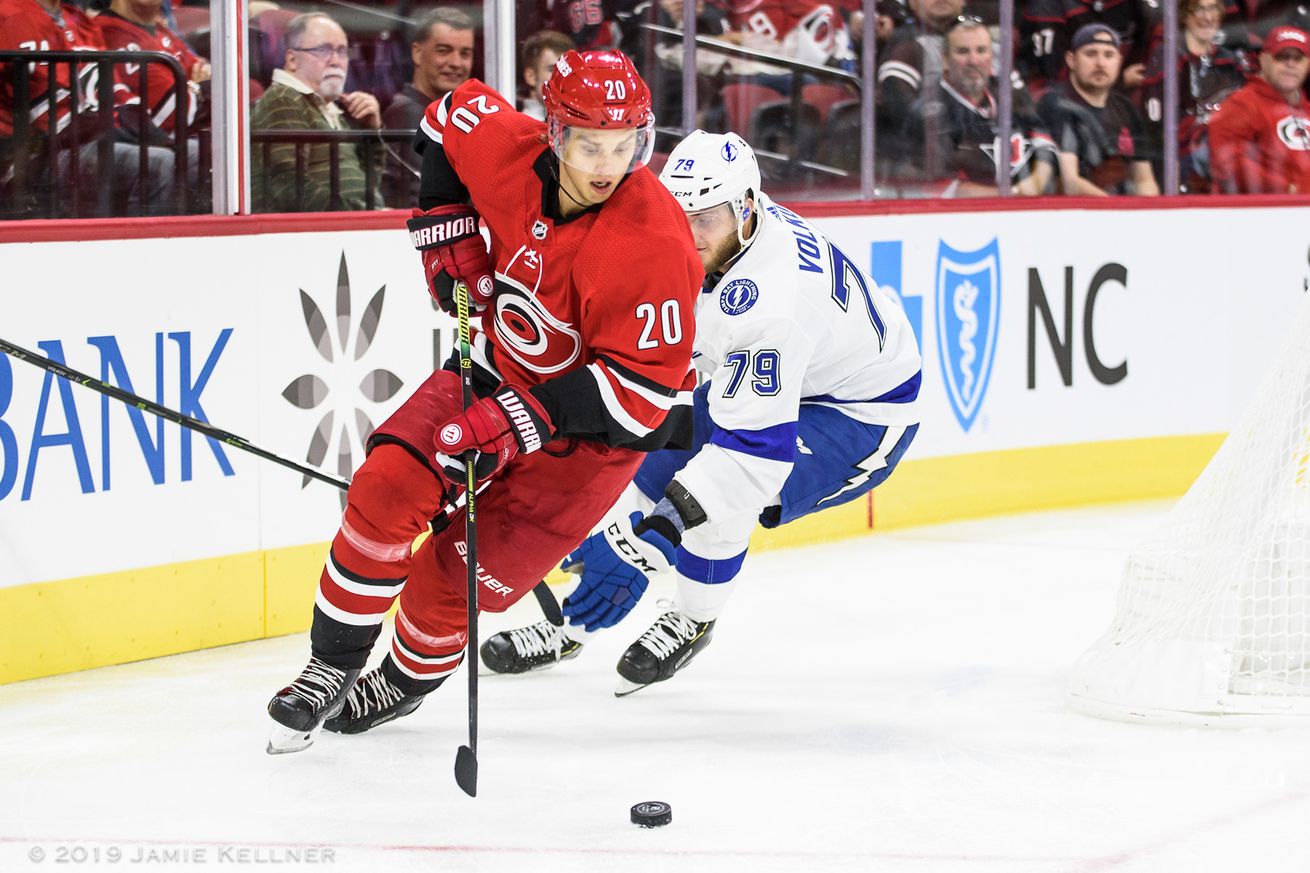 Following another step forward in 2019-20, there’s no question that Sebastian Aho is the straw that stirs the drink in Carolina.

Few players had as eventful a 2019 offseason for the Carolina Hurricanes as Sebastian Aho. The Finnish pivot signed a five-year, $42.27 million offer sheet with the Montreal Canadiens on July 1 that, despite what the Habs may have believed, was a no-brainer for the Hurricanes to match.

Aho came into the season with a bit of controversy and pressure following the offer sheet, but it was quickly proven that Montreal did Carolina a favor, allowing the team to lock in its star player for a bargain rate going forward.

Coming off a breakout year in his first season playing center, Aho continued to establish himself as a bona-fide No. 1 center and one of the best players in the NHL. Despite playing just 68 games in the shortened regular season, Aho set a career high with 38 goals (tied for sixth in the league), and was well on his way to joining Eric Staal and Jeff O’Neill on the Hurricanes’ 40-goal club. Aho was on pace to take a slight step back in terms of points, but still finished tied for 20th in the league.

It’s hard to remember going into the 2018-19 season, when whether or not Aho could successfully transition to center full time was one of the team’s biggest questions. Aho finished fourth in goals and tied for 10th in points among NHL centers, proving he belongs in that top group.

Aho got off to a bit of a slow start with just three goals and six points in October, but picked it up quickly with 10 and 16 in November. He did not score under eight points in a month again (aside from posting four in just four games in March), and his best month was February, with 11 goals and 18 points.

As the stretch drive was starting to heat up, Aho was again elevating his game when it mattered most, with 13 goals and 22 points in the Canes’ final 17 regular-season games.

What was perhaps most impressive in Aho’s continued ascension this season was his domination in all facets of the game. He continued to be a possession driver, with a 57 corsi for percentage and 55.3 fenwick for percentage.

Aho remained the Canes’ top contributor at even strength, and on the power play (team-leading eight power-play goals), but also continued his rise as a penalty killer.

This ability to use their top players on the PK, and have them be threats to score doing so, makes the Hurricanes more dangerous; the team finished tied for second in the league with 10 shorthanded goals this season. It also makes the penalty kill better as a whole, as the Canes finished at 84 percent in that department, good for fourth in the league.

All in all, Aho is the Canes’ top forward (and possibly player, though Dougie Hamilton, Jaccob Slavin and Andrei Svechnikov are in that conversation as well). His continued emergence has given the team something it lacked for years: a true No. 1 center and scoring star.

With Aho helped by players like Teravainen and Svechnikov, the Canes’ current firepower is nearly unrecognizable from the teams that struggled to score for much of the previous decade, and that all starts with the Finnish pivot.

It’s hard to believe this was just Aho’s fourth regular season, and at 22, his best hockey should still be ahead of him. If the NHL is indeed able to restart play in August, it will be interesting to see how Aho performs in these abnormal playoffs with a year of postseason hockey under his belt.

If the regular season is anything to judge by, he’ll be a factor.