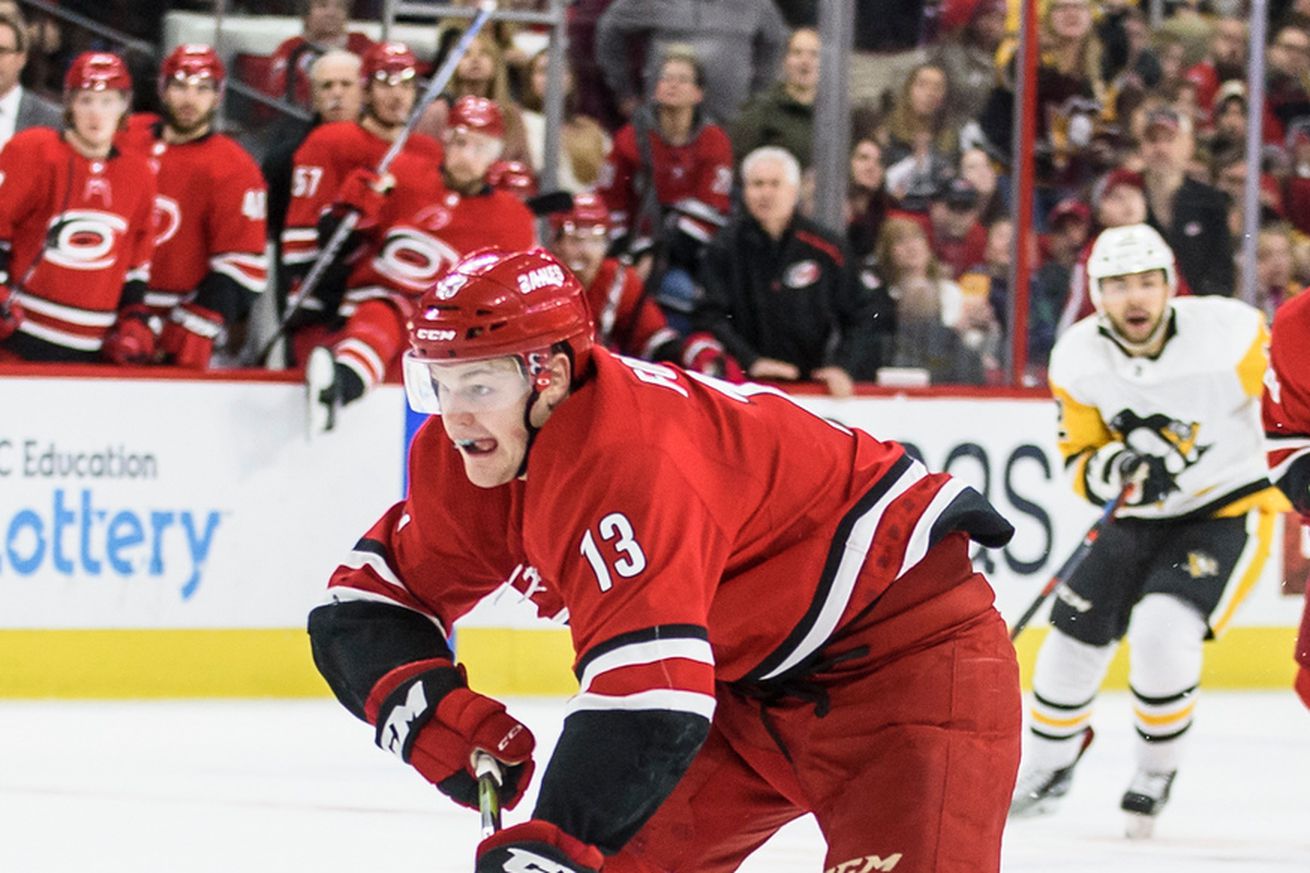 Warren Foegele is going to get paaaaaaaid this offseason.

Perhaps no player on the Hurricanes’ roster, with the exception of Andrei Svechnikov (who, admittedly, is in another stratosphere from Foegele) improved year-over-year as much as Foegele did this season. He doubled his scoring output despite playing nine fewer games. He finished the regular season second on the team in 5-on-5 expected goals, behind only Svechnikov, who was his linemate for more than half the year.

In the good quadrant of this graph you’ll find six pretty good players. The one without a label is Dougie Hamilton. Obviously, Foegele is in some very, very exclusive company.

And we haven’t even touched on Foegele’s defense. At 5-on-5 he was…fine, especially since he was going up against the opposition’s best lines every night, as one of the byproducts of playing with Staal (and doubly so when Justin Williams joined that line late in the year). He certainly wasn’t a liability, but most of his defensive value came in outscoring the opposition while he was on the ice, rather than smothering opposing scoring chances.

But on the penalty kill, Foegele was simply magnificent. I mean, if you’re an opposition player on the left side of the ice, good luck getting anything through. This heat chart should hang in the Louvre.

I think it’s wise to look at Ryan’s evaluation of Nino Niederreiter yesterday and wonder: is Foegele already there? Here’s what Ryan wrote about Niederreiter:

Niederreiter is a textbook power forward. He is aggressive on the puck, goes to the net, is physical and can take hits.

If you scratched Nino’s name out of there and wrote in Foegele’s, that sentence still works, doesn’t it? Maybe Foegele isn’t quite as sandpapery as Niederreiter, but he’s darned close, and while their offensive numbers were similar it certainly seemed like Foegele made more of an impact at both ends of the ice.

Foegele is one of those rare types who finds a home pretty much anywhere he plays in the top nine. He’s a prototypical third-liner given his defensive acumen, but he has more of a scoring touch than a lot of fans realize. In a way, he’s similar to Jakub Vrana – and, yes, there’s a reason I chose a Capitals comparable in a Foegele article – in that he doesn’t get a ton of ice time with the Ovechkins and Backstroms of the world, but if he needs to be plugged in on that line he won’t be out of place.

Vrana has a higher scoring ceiling, Foegele’s more responsible defensively. Even it out, and they’re very similar. They’re the same age, although Vrana has a year of experience more than Foegele. Their career trajectories to this point are largely comparable.

Which brings us to what will be a very interesting, and in many ways extraordinary, contract negotiation.

The Hurricanes haven’t had a Swiss-army knife player like Foegele in many years. For the most part, their players have been successful in spots but not so much when they get moved around (First Line Brock says hello). The flexibility that Foegele provides is worth a premium to a team, you’d think, and given that Vrana – who was not eligible for arbitration – got a two-year deal last offseason worth $6.7 million, it seems to follow that Foegele’s camp will be looking for something similar, if not a little more because he is arbitration-eligible.

The issue for the Hurricanes is that they can’t allow themselves to be boxed into a corner on Foegele’s contract, not with new contracts for Svechnikov and Hamilton looming in the 2021 offseason. In many ways, it might make sense for Foegele to take an up-front payment to soften the cap hit in 2021 and beyond, but would the Hurricanes be willing to do that for a 30-point player and hope he keeps developing? More to the point, is this the ceiling for Foegele, or is there still room to grow?

That’s an argument for another day. Looking back at this season, though, it’s become obvious that Foegele is far more than a run-of-the-mill third line forward. This season showed that he is capable of being a key building block for the Hurricanes, who are fortunate to have such a versatile player on their roster.