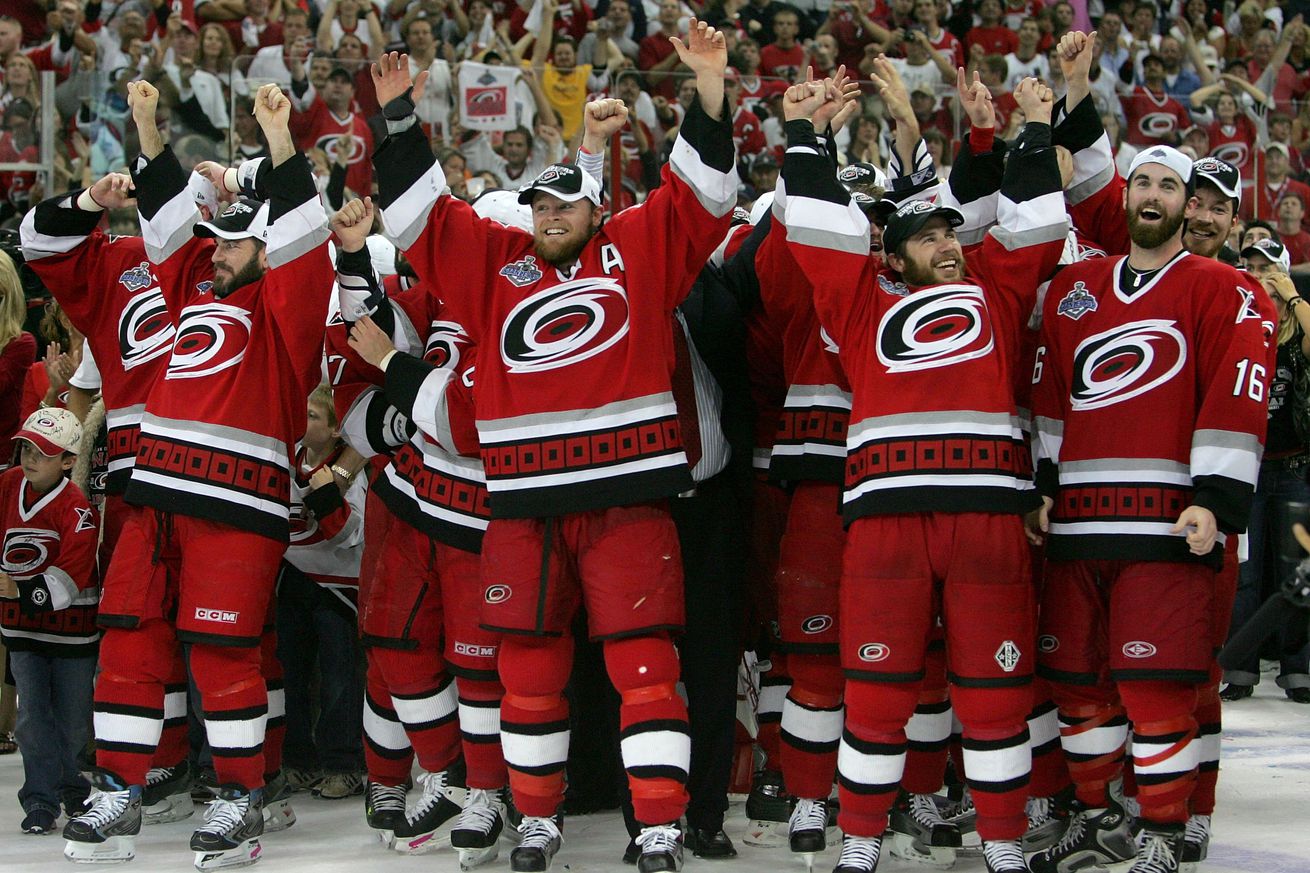 Congratulations are in order for a 2006 Stanley Cup champion as he takes on a new career challenge.

Hey, folks. It’s been a bit. Hope y’all are well. Here’s some news from around the Canes and around the NHL. Enjoy!

On Tuesday the Buffalo Sabres relieved Jason Botterill of his duties as general manager and appointed former Carolina Hurricanes forward and 2006 Stanley Cup champion Kevyn Adams as his successor.

Through five seasons spanning from 2001-02 to 2006-07, Adams played 300 regular season games for the Canes and 48 playoff games, and centered the popular and successful Adams Family line with Craig Adams and Chad LaRose, epitomizing the ‘relentless’ moniker associated with the 2006 Cup champions.

Adams retired from the NHL in 2009 to become a player agent before being hired as a player development coach for the Sabres. He was promoted to assistant coach during the 2011-12 and 2012-13 seasons and fired after the 2013 season when the Sabres hired Ron Rolston as their new head coach. Later that year, Adams became vice president and director, and then general manager, of the Academy of Hockey at the LECOM Harborcenter sports complex in Buffalo. He returned to the Sabres in 2019 as senior vice president of Business Administration.

Per the Sabres’ press release:

“New General Manager Kevyn Adams and Head Coach Ralph Krueger already have a close working relationship and we are excited to see what they can do together as we reconfigure our hockey operations. We have the benefit of this long 2020 pause to take time to reorganize and re-energize our hockey department. We recognize the importance of this offseason with so many player decisions to be made.”

A lot happened in Buffalo yesterday, and there’s more to follow in Storm Advisory, but for now we’ll send our congratulations to Kevyn Adams and wish him well (but not TOO well) in his new role.

Hope you check this out Caniacs ! Episode 1 available now with Shane “Will The Thrill” Willis and Episode 2 coming later this week with The Great We Hope Future Hall of Famer Rod Brind’Amour Go Canes!! pic.twitter.com/zTJ65s9d27

Portion of proceeds to our community partner @YouCanPlayTeam

Finnish Liiga team Kärpät started their voluntary on-ice practices at the beginning of June. Pekka Rinne, Sebastian Aho, Markus Nutivaara and Niko Mikkola are some of the names who have taken part. #Preds #Canes #CBJ #stlblues

Work hard
Party hard
Be proud of yourselves

Congrats on all you’ve accomplished! pic.twitter.com/VFuhgJG32X