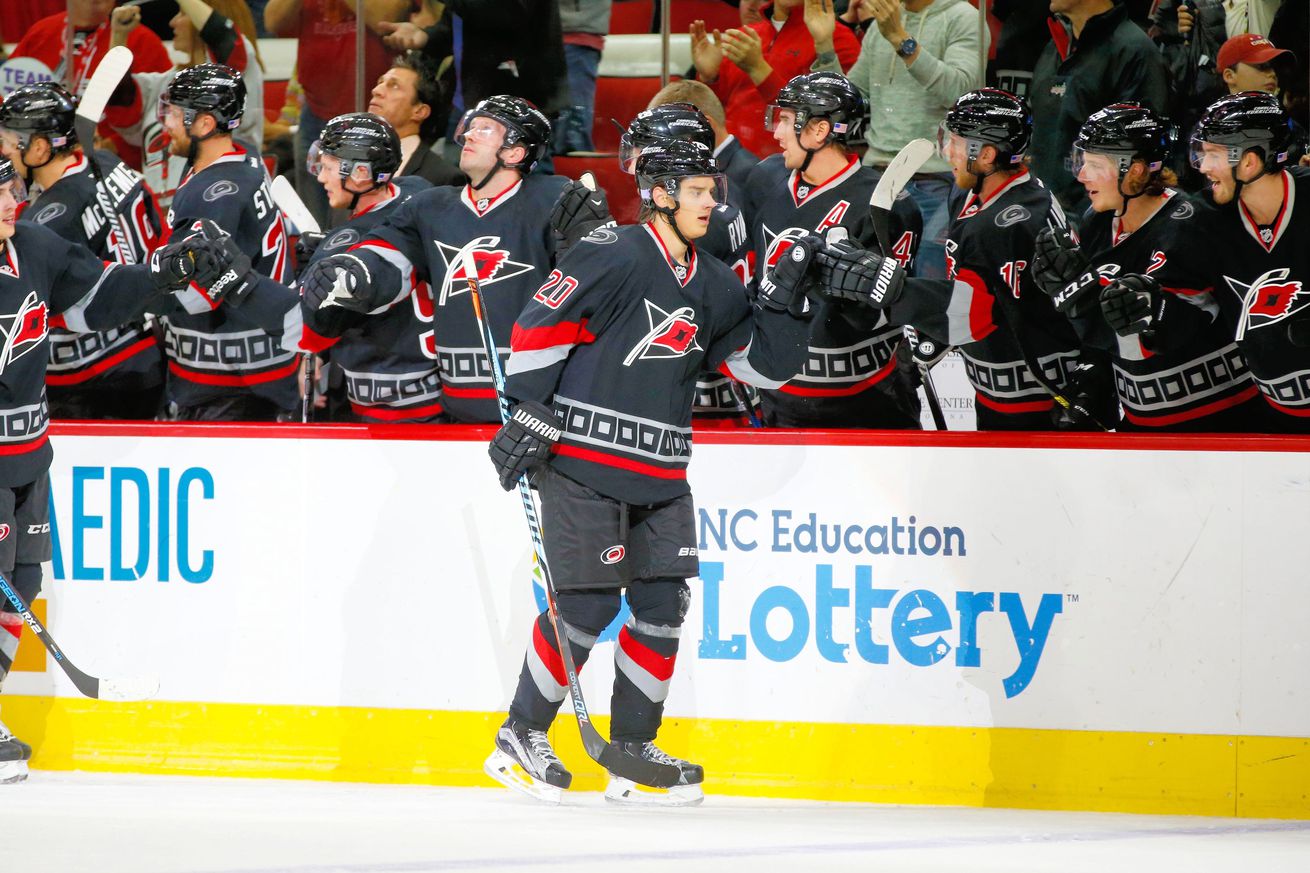 Since entering the league in 2016, Sebastian Aho has tallied 121 goals over four seasons in Carolina. His rookie campaign would see him go on to score 24 times in a complete 82 game season, but it took Aho 14 games to find the back of the net to start his NHL career.

On Nov. 12th, Aho would finally cash in against the Washington Capitals.

After giving up a goal just seconds earlier, Carolina enters the offensive zone and Klas Dahlbeck flings a shot wide of Philipp Grubauer. Aho beats then Washington winger Justin Williams to the puck and makes a sly pass to Teuvo Teravainen who looks to find Jordan Staal.

Teravainen makes one of his patented open-hip, one-touch passes right onto Staal’s tape.

Grubauer makes a pad save on Staal’s one-timer, kicking the rebound out to the side of the net. Aho has followed the play up and gets rewarded with the rebound bouncing right onto his tape.

Grubauer nearly gets across to make a spectacular save, making the shot far more than just a tap-in for Aho. Aho elevates the puck slightly and places it right between Grubauer and the near side post.

After Aho makes the pass to Teravainen, both Williams and Washington defensman Matt Niskanen get caught puck watching, with Niskanen freezing in his tracks behind the net and covering nobody.

Aho keeps his feet moving back towards the action, and gets lost by Niskanen, and every other Capital, to finally cash in for his first National Hockey League goal.

With the monkey off of his back, the Finn wouldn’t have to wait long to collect his second professional tally. Up 4-1 in the third and with the Washington net vacant, the Staal-Aho- Teravainen trio would find the net again.

Center Jordan Staal cycles the puck low to Teravainen who spots Aho backdoor (or perhaps was shooting for the open cage himself) and saucers the puck towards the net.

Aho redirects the puck out of mid-air for his second goal of the night and his career.

Aho appeared to be well on his way to the 40 goal mark for the first time in his career before the 2019-2020 was put on pause. Aho’s 38 goals in 68 games was good for sixth in the league and Hurricanes fans will hope he can pick up where he left off if and when play resumes.