The Carolina Panthers don’t get to see their friends down south too much. They’ve only played the Miami Dolphins twice over the previous eight seasons.

So, let’s get familiar with these not-so-familiar fishes. Dolphins Wire managing editor Mike Masala gives us some answers about the Panthers’ upcoming opponents ahead of this Week 12 showdown.

Panthers Wire: Following a seven-game losing streak that spanned from Week 2 to Week 8, the Dolphins now come into Sunday having ripped off three straight victories. What did they put in the Kool-Aid down there in Miami?

Dolphins Wire: The main reason for the turnaround has been Miami’s defense.

In 2020, they were one of the better units in the NFL, and despite not losing much talent in the offseason, they were struggling to get things going. However, after the Dolphins held the Bills to just three points for more than a half, cornerback Xavien Howard revealed that the unit had reverted back to some of the coverages they were using last year. Since then, they’ve been one of the best defenses in the league again.

PW: While unlikely even at the time, some Panthers fans were hoping quarterback Tua Tagovailoa would drop to Carolina in the 2020 draft. That, obviously, didn’t happen. But, for the interest of those folks, how’s last year’s fifth overall pick coming along?

DW: The evaluation of Tua Tagovailoa is still incomplete at this point.

Miami holding him out from starting right away his rookie year, and injuries in 2021, have only allowed him to start 15 games. In those starts, the team has a winning record, but he’s still making some mistakes that are typical of a young quarterback.

Whether it’s throwing an interception immediately after the defense produces a turnover or struggling to get all of his receivers lined up, Tagovailoa definitely still has some growing to do if he wants to become a long-term solution for Miami or another team.

PW: And how’s this year’s first-rounder for the Dolphins coming along? Has wideout Jaylen Waddle been living up to that sixth overall selection?

DW: Jaylen Waddle has been great in the role he’s been asked to fill. He’s extremely quick, and his route-running is exceptional. This makes it very easy for him to create separation and give his quarterback, Tagovailoa or Jacoby Brissett, an opportunity to make a play.

The two things we saw him do at Alabama that he’s yet to do in Miami are making plays downfield and punt returning. Miami’s offensive line and quarterback play have kept them from running many long-developing plays, so it’s understandable that Waddle hasn’t been asked to take on that task yet.

The punt return is interesting, though. He’s essentially split time with Jevon Holland back there since Jakeem Grant was traded earlier in the season. Waddle was so dynamic in college at the skill that you’d think they’d give him a real shot.

PW: Defensive end Emmanuel Ogbah, according to Pro Football Focus’ measures, currently has the eighth-most pressures (45) in 2021. How valuable has he been for the unit?

DW: Anybody who has been following Dolphins Wire this season has seen just how much Emmanuel Ogbah is being discussed. We gave him the defensive player of the year prior to the Jets game.

Whether it’s putting pressure on the quarterback or jumping up to knock down a pass (something he’s done eight times this season), he’s impacting the game nearly every snap that he’s on the field.

PW: Now for some under-the-radar recognition. Can you give us a lesser acclaimed Dolphin or two to keep an eye on in this one?

DW: The names have been getting more recognition in recent weeks but safeties Brandon Jones and Jevon Holland have been having great seasons in 2021.

Coming into the season, the position was one of the question marks for the defense, but they’ve answered all questions in a big way. In recent weeks, they’ve been used very frequently as extra rushers, so it wouldn’t surprise any Dolphins fan to see them record a sack or force a turnover this week.

Panthers predictions: How Week 12 against the Dolphins will unfold

Panthers vs. Dolphins: 4 key matchups to watch in Week 12 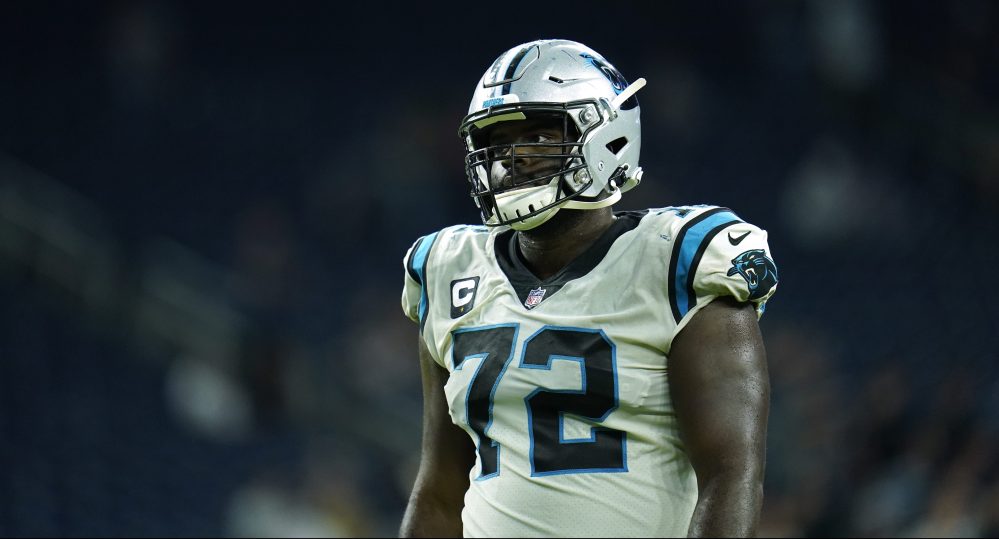