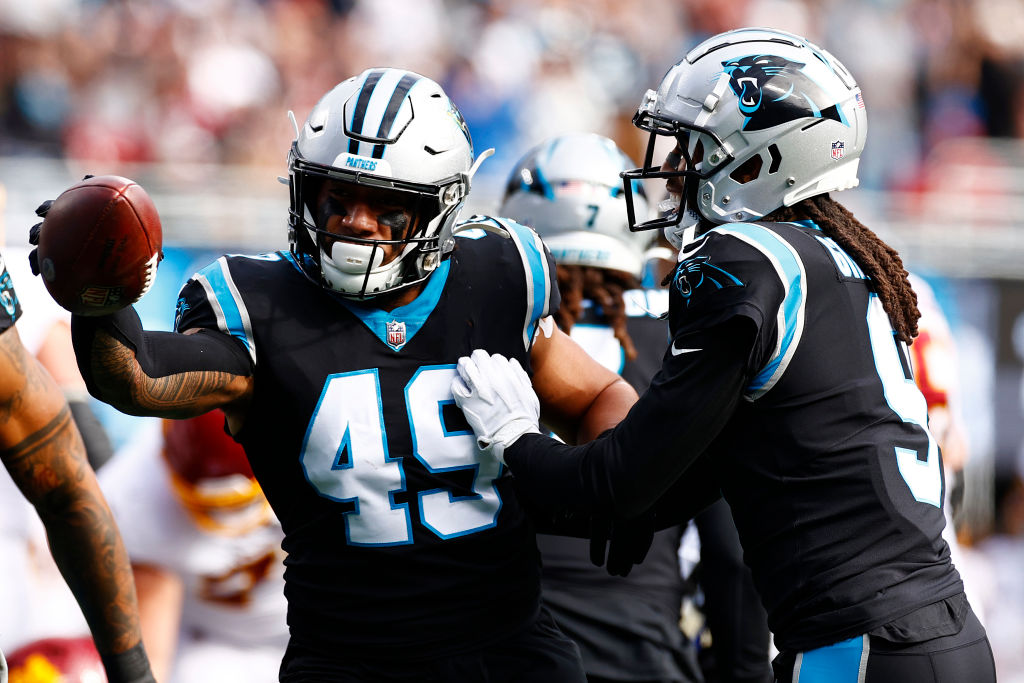 Darin Gantt of Panthers.com joined Kyle Bailey on Tuesday’s edition of The Clubhouse as he went through the biggest tidbits from the start of Panthers Mandatory Mini-Camp.

Things with Darin started with his main takeaway from the first day of mandatory Mini-Camp as he told Kyle that it was more for the lack of news coming from this day more than anything as a lot of veteran guys like DJ, Shaq is taking more of a veteran role and easing the older guys in a little bit more while the younger players can get more reps.

The early hype surrounding all of the OTA’s and Mini-Camps has been the performance of 2nd year WR Terrace Marshall Jr. as Darin pointed out how he flashed last year, but he also struggled at times and he had to go through a physical adjustment and he has grown a lot from last year and Darin thinks he can be a contributor this year and also be a playmaker as well.

Rumors have swirled around about the Panthers bringing in DE Carlos Dunlap for a FA visit as Darin said if he could join the team it would be a massive benefit to everyone in the DE room as he brings a veteran presence and he would be massive as a run stuffer.

The conversation with Darin ended with the expectations for Frankie Luvu as Darin told Kyle:

“I think he’s going to do a lot of different stuff which makes him a interesting piece this year. Frankie also has this enfectious energy about him that players like Brian Burns and Jeremy Chinn really respond to, and that’s big for a defensive player.”