The Carolina Panthers have kept it pounding for over 17 years. But have they just stopped?

As noted by many a fan after the season opener at Bank of America Stadium this past Sunday, the traditional “Keep Pounding” prompts were excluded during the Week 1 win over the New York Jets. Video boards at the stadium, at least until now, regularly displayed the team’s motto, encouraging fans to chant “Keep Pounding” throughout home games. That was not the case to start the 2021 campaign.

A team spokesman refuted such a controversy on Wednesday, however, stating that they want fans to stir up the chant without their help. Huh?

Panthers spokesman says the goal is to have the Keep Pounding chant evolve to the point where fans don’t need any prompting to start it. Team will supply the prompt for Saints game, but not necessarily every home game thereafter.

Maybe this part of the statement makes a little more sense . . .

Says team was just experimenting with different approaches to engage the home crowd, still had the Keep Pounding drummer and are not trying to eliminate the Keep Pounding chant by any means. pic.twitter.com/Wn5xfFkfSd

That seems a tad more fair. But why fix what isn’t broken?

Despite sprinklings of occasional success, the Panthers aren’t exactly a name brand type of NFL franchise. Their fans don’t have much to cling on to given their zero Lombardi Trophies and the fact that the team has only been around for 27 seasons.

So, in a hard lesson for everyone involved, don’t mess with Sam Mills’ legacy and, of course, keep pounding. And don’t only take our word for it . . .

Whoa wait, y’all weren’t screaming #KeepPounding before kickoff & in game? I know traditions can change & sometimes get replaced but “Keep Pounding” holds A LOT of meaning. With dads cancer, it meant so much to still get the Keep Pounding reminder from panther nation. https://t.co/TSPNmU32F9

I see many people turning this #KeepPounding chant situation back on the fans….

Reality is, it matters for the masses. Panthers have given the fickle fans much to cheer about lately…

Lemme say this… After all the chatter today, EVERY single person in the stadium that shows up wearing black and blue better be up on their feet screaming when that chant starts. #KeepPounding

For fans this is:

Our determination
Our heart
Our team

We will ALWAYS #KeepPounding and we will pass it down to the next generation. It may be two simple words. But they carry a great weight.

Panthers vs. Jets: Best photos from the Week 1 victory 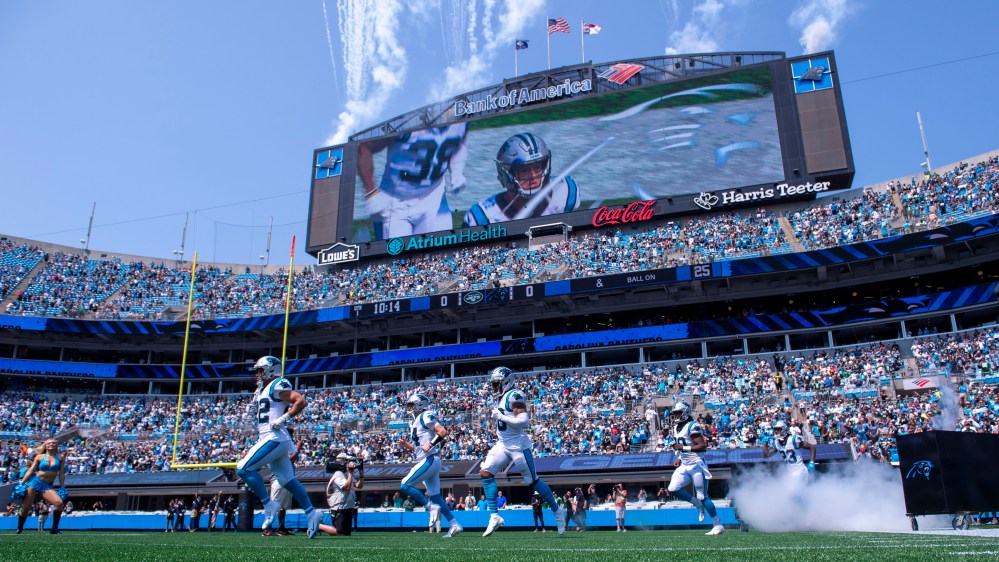