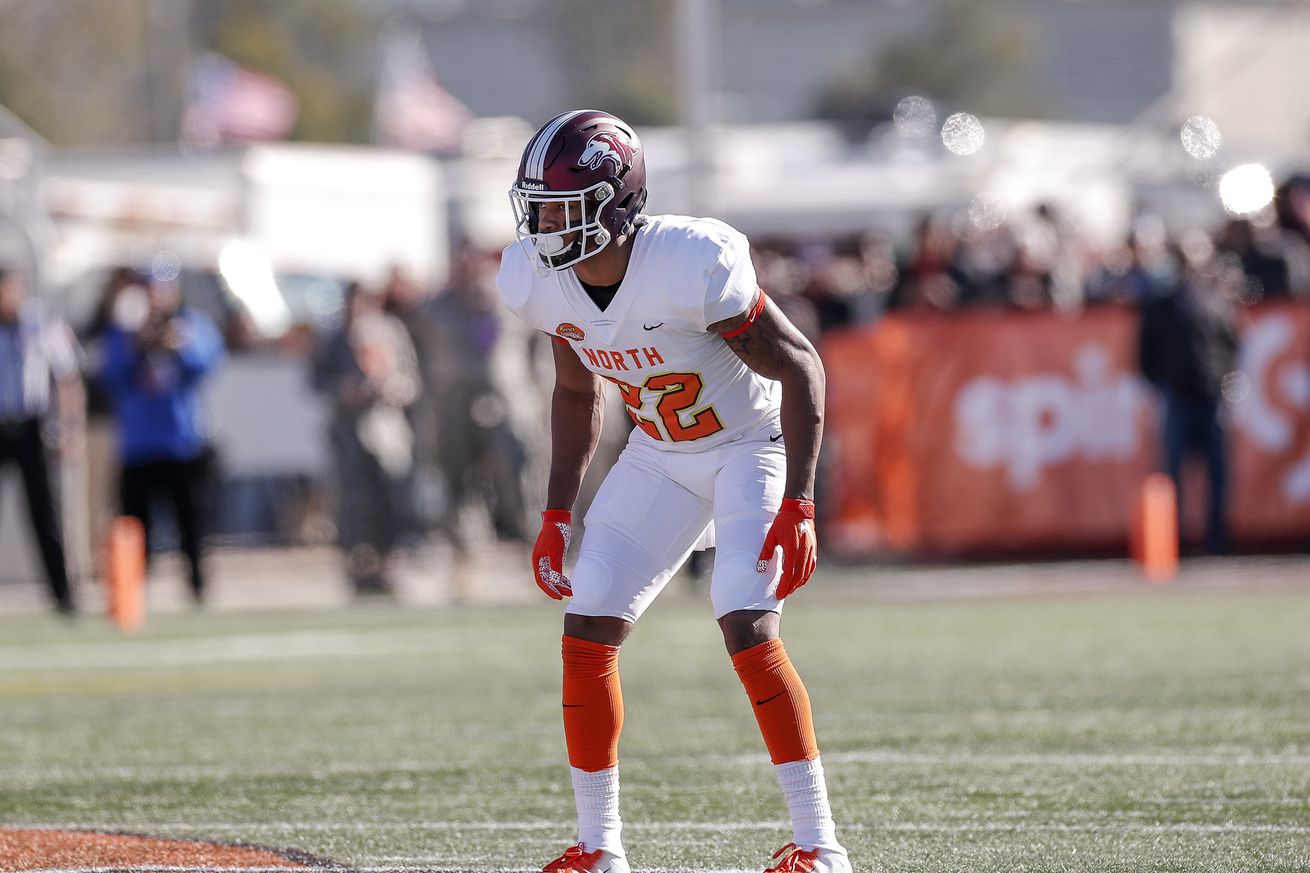 The Carolina Panthers selected safety Jeremy Chinn in the second round of the 2020 NFL Draft to help bolster their secondary. Let’s take a closer look at what Chinn will bring to the Panthers’ defense this season.

After watching a few highlight films of Chinn I was struck with a resemblance to a former Panthers great. Chinn reminded me of former Panthers safety Mike Minter, or so I thought anyway. I decided to watch some of Minter’s career highlights to see if I was remembering things correctly. Take a look for yourself.

The first thing that stood out was the ‘hard hitting ball hawk’ moniker given to Minter. Minter loved to lay the wood, but I didn’t remember him being that much of a ball hawk. Turns out Minter had 17 interceptions in ten years, which is not too shabby. He also had 69 passes defensed on top of averaging 140 combined tackles per season.

So now that I’ve refreshed your memory from way back, let’s see the rookie’s film.

There is no doubt Chinn is a hard hitter; that much is obvious from the highlights. What about the other aspects of his game? Chinn played both safety and cornerback in college. During his career, he started 27 of 38 games, recording 243 tackles, 13 interceptions, 31 pass break-ups, six forced fumbles and one sack.

So what do you think? Is Jeremy Chinn Mike Minter’s spirit animal?

Here’s a draft profile to chew on from our friends at Mile High Report:

Big, athletic frame, NFL-size, and a ripped physique
Elite athleticism which he showed off at the NFL Combine
Rangy athlete who closes quickly on the ball carriers
Reads and reacts quickly
A very good, physical and consistent tackler
Lays the wood often
A very physical and aggressive all-around player
Uses his impressive length and wingspan to disrupt passes
Is the definition of a playmaker
Made at least three interceptions throughout his college career
Gives you versatility to play safety over the top, in the box, man-up against tight ends and some dime backer
A safety/linebacker hybrid
Bloodlines are there
High upside player
Team Captain at Southern Illinois and has good character
Hall of Fame safety and former Denver Broncos first rounder Steve Atwater is Jeremy Chinn’s uncle

A small school guy so you’re always curious to see how they perform against consistently high level of competition
Relies on his elite athleticism a little too much and has average instincts, especially when playing off-man coverage
Struggles in man coverage in general at times
A little over-aggressive at times and can bite on double moves and play fakes
Might be better closer to the LOS than playing center field
Has some injury concerns (missed at least two games in three out of four of his college seasons)

Chinn also has laying the wood in his blood given he is related to former Broncos safety Steve Atwater. Say what? Atwater was known as a big hitter as well. I’m sure he was a role model for Chinn growing up so it makes sense he modeled his game after him.

I would be remiss to not mention that Chinn was being compared to top ten pick Isaiah Simmons.

A diverse skill set has earned Chinn comparisons to Clemson’s Isaiah Simmons. Chinn’s size, speed, and athletic ability have made him particularly effective in zone coverage at the backend and block-shedding in the box.

Chinn’s greatest strength may be his ball skills, as he tallied 13 career interceptions and 31 career passes defended at Southern Illinois.

In college, Chinn was used in a variety of roles, which is where the comparisons to Simmons stem. One of those roles was occasionally as a man-to-man corner, which exposed potential flaws in his timing.

I think I still like Chinn’s comparison to Minter more than I do Simmons. I see Simmons as a linebacker than can sometimes play safety. Chinn is a 100 percent box safety in my view. He might be able to put on some weight but not enough to play the weak side linebacker spot with any regularity. I like the thought of Chinn roaming the middle of the field sideline to sideline, laying that wood every chance he gets.