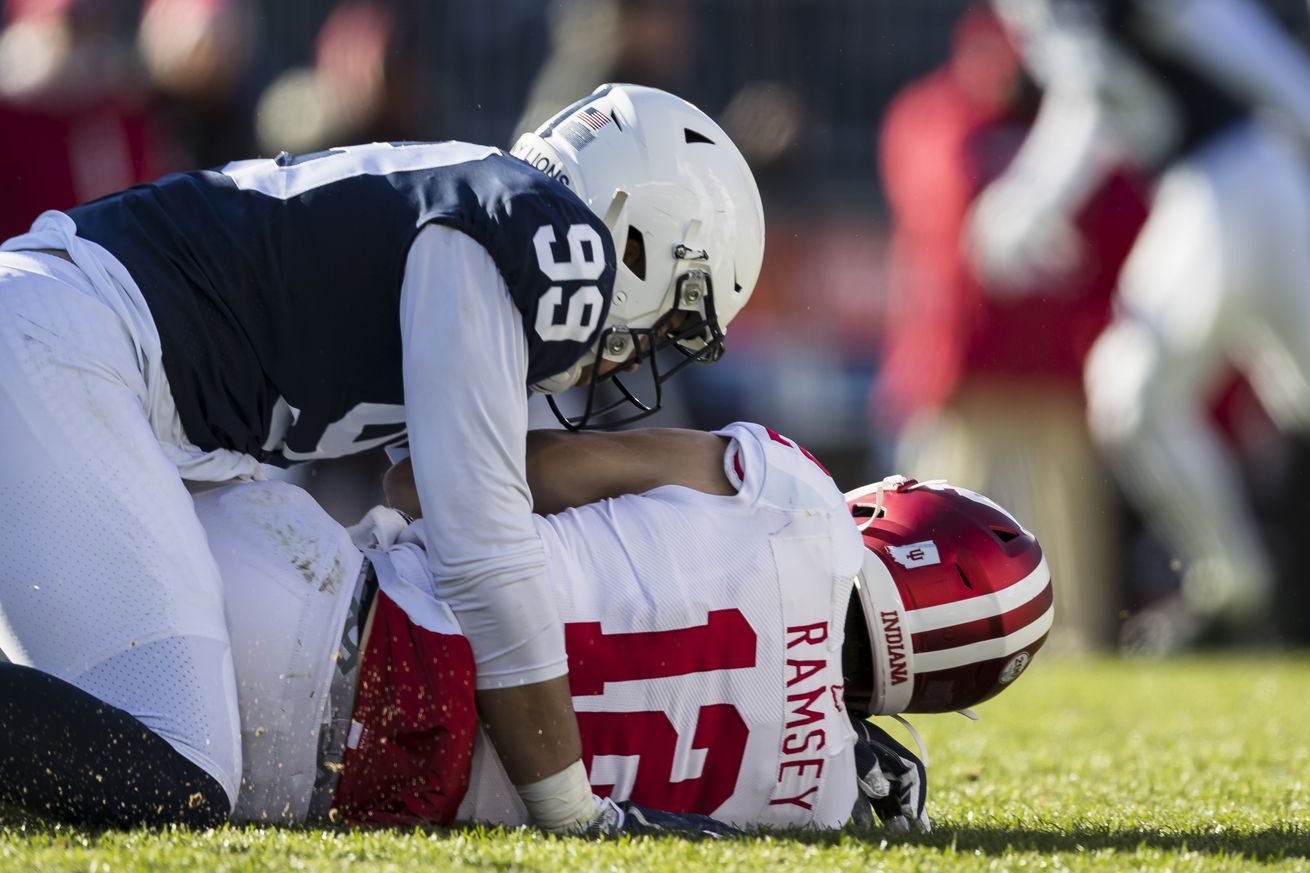 The Panthers have found the perfect complement to defensive end Brian Burns.

The Carolina Panthers selected Penn State edge rusher Yetur Gross-Matos in the second round of the 2020 NFL Draft to help bolster their anemic pass rush. Let’s take a closer look at what Gross-Matos will bring to the Panthers’ pass rush this season.

Think Mike Rucker and Greg Hardy as far as how they play the game. Gross-Matos can play inside or outside, on either side of the ball. Gross-Matos is proto-typical size for the strong side of the line.

After watching a good bit of film on Gross-Matos I think this analysis by CBS Sports, while short and simple, nails it.

· Can disappear for stretches

· Could be more explosive in initial pass rush

Gross-Matos is not the fastest defender on the field but neither is Pierre-Paul, which is a heck of a comparison. I assume that is why he didn’t run the 40 or do the 3-cone drill at the combine. I think Gross-Matos is heavier than the advertised weight of 266, he sure looks heavier than that. I can see him playing at around 275 to man the strong side of the line next to defensive tackle Kawann Short. Where Gross-Matos excels is with good hand work and leverage. He knows how to get his hands inside of a blocker, how to rip to disengage and he knows how to dip around the edge without getting pushed off his line. He has the size and strength and play inside on obvious passing downs or one either edge.

See for yourself, eight-plus minutes of pass rushing excitement.

The Panthers haven’t done great with the their second round picks of late. I think they finally found a player in the second round. I haven’t been this excited about the Panthers starting front four since Julius Peppers return in 2017.