The current Carolina Panthers regime never got the full-on Cam Newton experience before his release in 2020. But they are now, and they’re loving it.

Earlier in the week it was head coach Matt Rhule swooning over the dedication and work ethic of his new starting quarterback. Today, it was offensive coordinator Joe Brady, who praised Newton’s diligent approach to this very unique situation.

“For us to kinda go just to day one of training camp and think we have the time to teach all these plays—that’s what training camp and OTAs are for,” Brady said of trying to get the offensive install down with Newton over such a shortened timeline. “So we’re kinda just doing everything on the run. And he’s doing an incredible job. He’s showcasing his process and his work ethic and how intelligent he is to be able to grasp it all so quickly.”

As a result, Cam has grasped some touchdowns pretty quickly as well. Over his two games back with the Panthers, Newton has totaled 31 passes and 13 rushing attempts. He’s already scored on five of those 44 touches.

Brady and Newton will be looking to get more of that playbook down ahead of a crucial Week 12 matchup against the Miami Dolphins. And, even in this high-pressure situation, Brady is having a good time doing it.

“A lot of things don’t go noticed. But how late he stays here and just talking with him the night before the game, going over the game plan,” he added. “Just how much he grasps and how much he understood. The “why” of what we were doing for it. It was fun to get a taste of exactly how great Cam Newton is.”

Panthers QB Cam Newton on homecoming: ‘It was my resurrection day’ 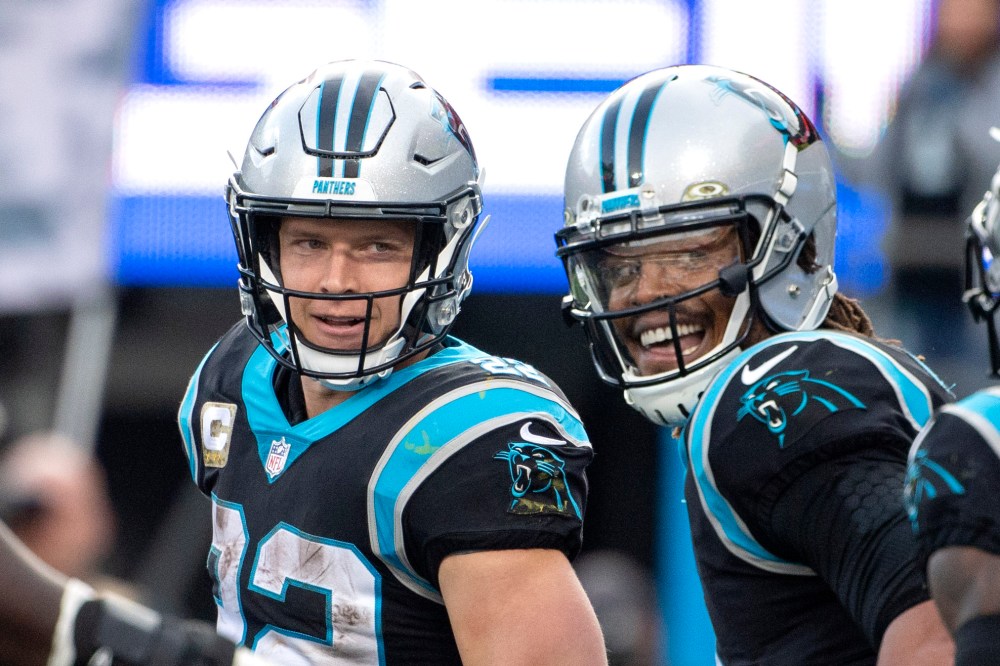