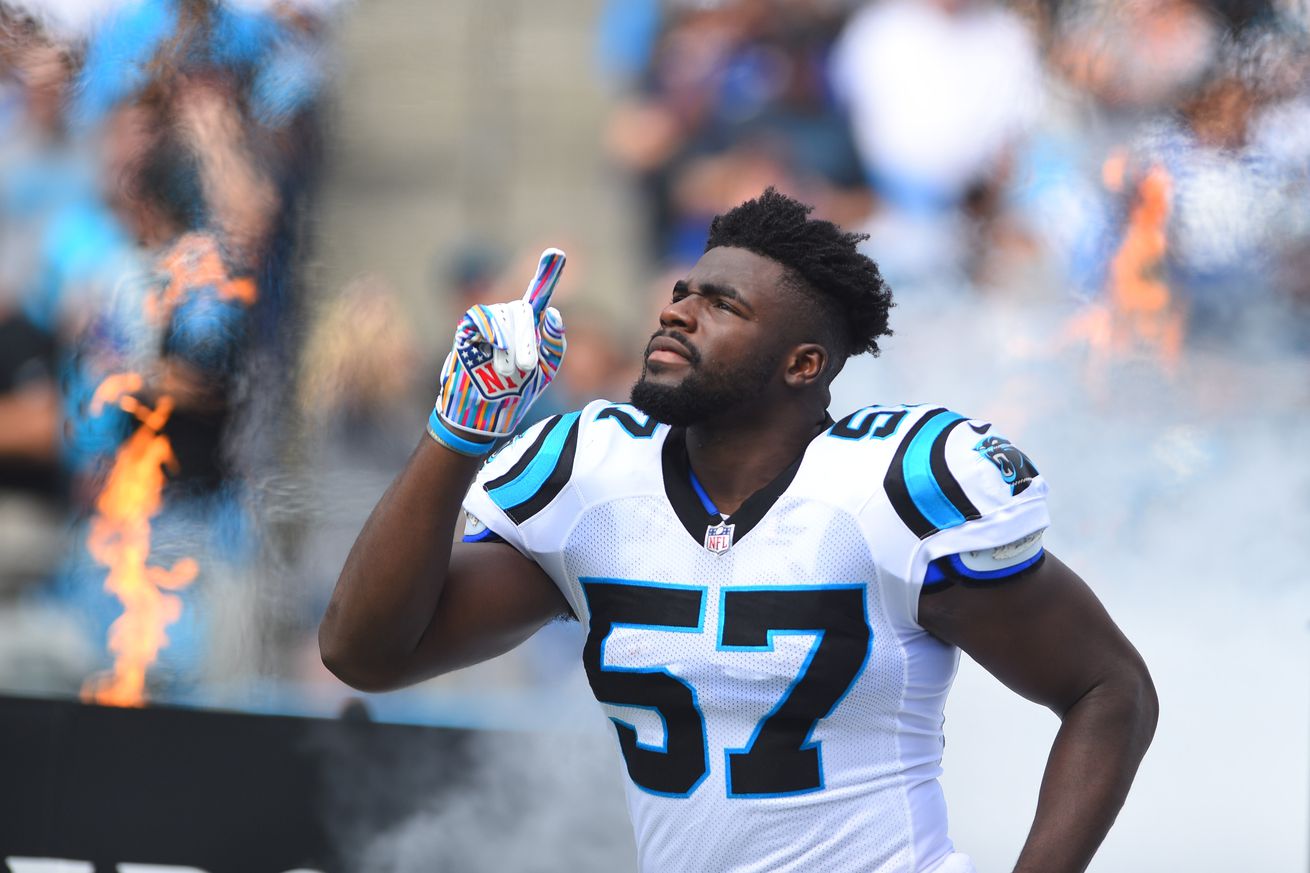 The player led committee is seizing upon the current momentum, and taking significant steps to bring about change in the Charlotte area and beyond.

While many NFL players are speaking out and taking action right now for social justice and reform, the Panthers player impact committee is organizing operations within the Charlotte area to help others get involved. The Carolina Panthers have posted a really nice article on their website detailing what players have been up to, how they’ve interacted with coaches and owner David Tepper during this time, and what they are doing to help raise awareness. An excerpt:

Linebacker Andre Smith, tight end Chris Manhertz, and defensive end Stephen Weatherly are all black, and have been involved in combating racial injustice in their respective communities. Smith and Manhertz attended Monday’s justice walk in Charlotte, with Smith calling the event “liberating.”

The Panthers writing staff has compiled a lot of information in the post, and I encourage you to visit their site and read more of it there. That said, I feel it important for us to discuss what I consider to be a key point made in the article, that talks about a sudden change in the climate within the league that now players feel they can express themselves.

It’s a stark contrast from a few years ago. Smith admitted back then, he felt like posting certain things in support of social justice could get him in trouble. Weatherly went further on the topic, saying at some points, he felt like he had to choose between either being black or being a football player. And that feeling only changed last year for him as a member of the Vikings, when team ownership — led by Zygi Wilf — expressed a willingness to stand behind players for social justice causes they deemed important.

Smith is obviously referring to the situation regarding the protests of Colin Kaepernick, Eric Reid, and other players around the league. There’s no need to rehash how all of that played out here, we’re all very aware of what happened and how the NFL handled it. The bigger issue is why the league continuously finds itself behind the curve of supporting their players, when the majority of them are people of color.

The Carolina Panthers under David Tepper seem to be one of the leaders in attempting to bridge that gap between the NFL owners and the players, and I’m thankful for that, but I would like to see the league at large be much more proactive in putting the needs of their players first. They have one of the largest media platforms in the world at their disposal, and a collection of people in their players that will command the attention of their regions when they speak. Last night on Twitter, a selection of players released a powerful video demanding the NFL go farther than they currently have to condemn racism and injustice, to apologize for silencing their players in the past on these issues, and to affirm that they believe Black Lives Matter.

These are, without a doubt, very reasonable demands. The NFL should take this step to cross the bridge and meet their players on their level and stand united with them on an issue that they are passionate about. An issue that all human beings should be passionate about. Take a stand, and let your players, your absolute most important asset, know that their lives matter to you.