If we’ve learned anything from the past two weeks—from Cam Newton’s incredible return to the field in Arizona to last Sunday’s painstaking loss to Washington—it’s that the Carolina Panthers are not easy to predict at the moment.

But who says we can’t try?

Here’s how Week 12 against the Miami Dolphins (maybe) goes down.

Week 11’s result set us up to see Newton and the offense take the field right away for another memorable moment. Carolina, though, defers the possession this time after correctly calling the toss.

The Panthers defense wasn’t at all sharp in that Washington defeat. They better be in this one or they’ll get another earful from “Pot Roast.”

And so do the Panthers

The Dolphins defense, on the other hand, is coming in a lot sharper—having allowed an average of 12.0 points per contest over their three-game winning streak.

Yet, Carolina will get to the scoreboard first. A solid drive from Newton and the offense sets up sudden kicking stud Zane Gonzalez for a 31-yard field goal.

And they score second

A touchdown pass from Newton to wideout Robby Anderson then gives the Panthers a 10-0 lead.

Robby Anderson finishes with a season-high in yards

If you’ve followed this series throughout the season, you’d know we’ve failed (time and time again) in trying to will Robby on to success. Maybe we’re gluttons for punishment, but Anderson continues his connection with Cam and goes over his season-high in yards (57) from Week 1.

DJ Moore finishes with under 100 yards

Speaking of droughts, but to another degree, Moore has not had a 100-yard receiving game since Week 4 against the Dallas Cowboys. He has a solid day—perhaps around the 80-yard mark—despite not breaking that streak.

Newton strung together 235 total yards in a sharp outing last week. With more time to download the offense, he gets over 250.

Reddick has a streak of his own going—having registered at least half a sack over his last four games. He continues that with a favorable matchup on Sunday.

It’s go-time for this playoff push. Panthers answer the call with a double-digit win.

Biggest storylines for Panthers vs. Dolphins in Week 12 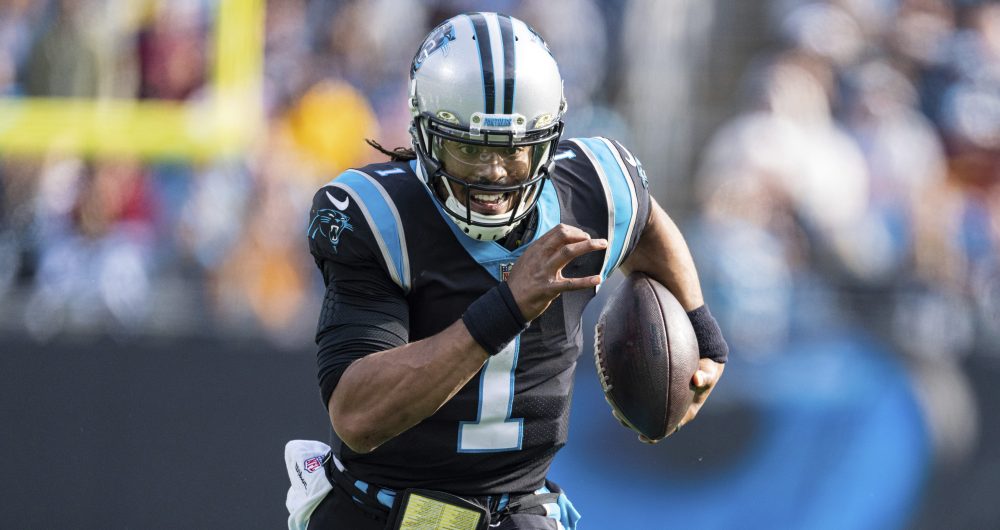