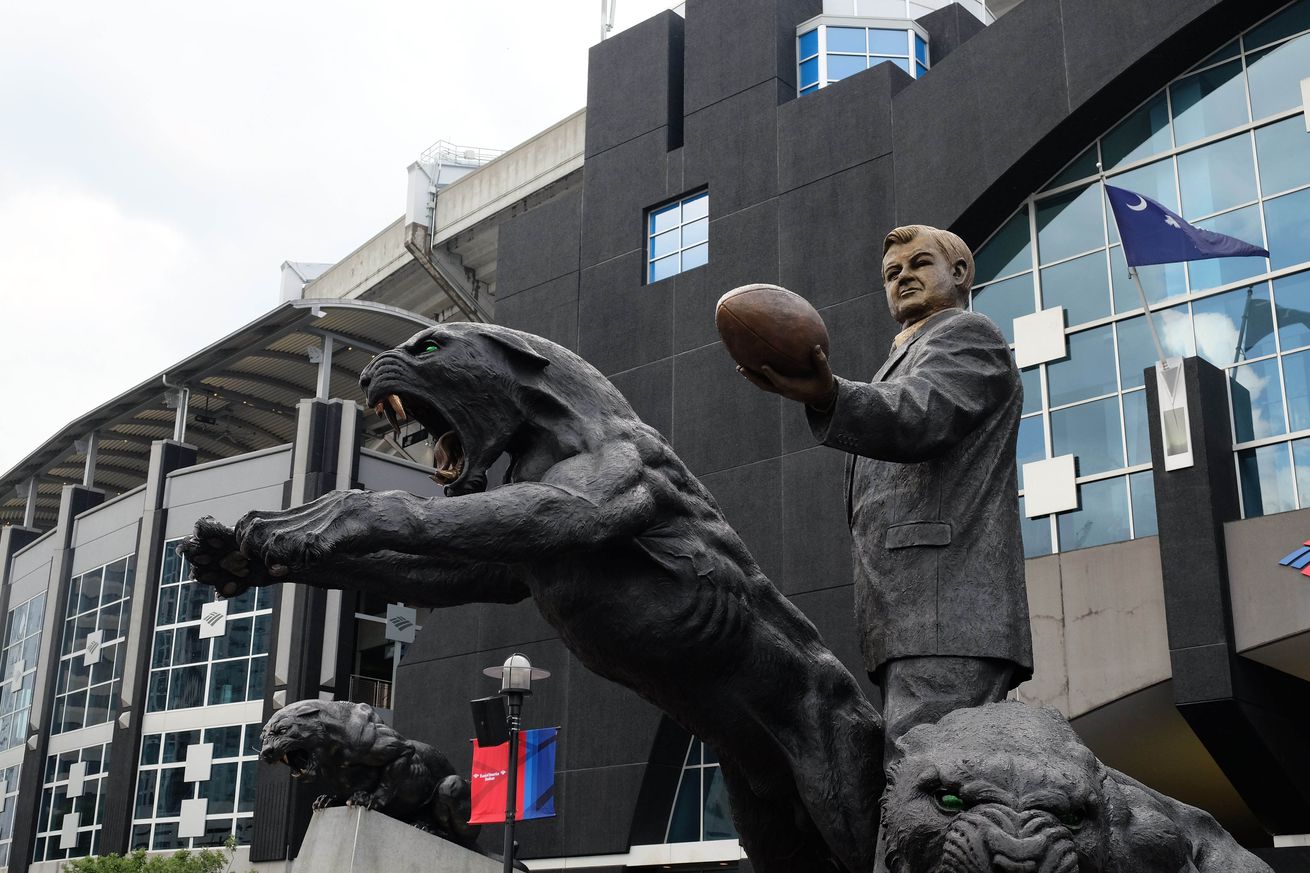 Despite being contractually obligated to keep the statue in front of the stadium, Panthers owner David Tepper is having it removed for ‘safety reasons’, per reports.

Update: The team has made an official statement on the matter.

We were aware of the most recent conversation surrounding the Jerry Richardson statue and are concerned there may be attempts to take it down. We are moving the statue in the interest of public safety.

Carolina Panthers owner David Tepper is removing the statue of Jerry Richardson that stands in front of Bank of America Stadium, according to a shocking report from Joe Bruno of WSOC Channel 9.

BREAKING: The Jerry Richardson statue is coming down. Charlotte DOT is about the close the road near Bank of America Stadium to allow the work to happen pic.twitter.com/WBagBz2i2p

David Tepper has said in the past that he is contractually obligated to keep the statue in front of the stadium as part of his deal with Richardson to purchase the team. According to a series of tweets from Scott Fowler of the Charlotte Observer, the team is citing public safety as their reason for taking it down.

There had been some speculation on social media that the statue might be a target of protests. Richardson is 13 feet tall in statue form and to think of that falling on somebody if protesters did try to topple… that was part of the reasoning here.

Richardson sold the Panthers in disgrace after multiple allegations of racial and sexual discrimination and harassment came to light. This would make a statue honoring him an obvious target for people protesting in favor of racial equality. Considering its size there’s a chance someone could get hurt if people did try to knock the statue down, so it makes sense for the team to be proactive in ensuring public safety.