On Tuesday, general manager Scott Fitterer seemed quite sure the Carolina Panthers would be walking away from the 2022 NFL draft with a quarterback. Well, he wasn’t wrong.

In a little leap of faith, Fitterer and the Panthers moved into the 94th overall pick on Friday night and drafted University of Mississippi quarterback Matt Corral. Carolina, in exchange, has sent their 2023 third-round pick and this year’s 137th pick to the New England Patriots.

“Corral has endeared himself to his teammates, his fans, coaches, and undoubtedly all of that will bleed over onto NFL coaches and scouts,” Miller writes. “He’s one of the cleanest quarterbacks in this class from a technical standpoint, and will have no problem receiving coaching and being the leader of a NFL team.”

The 23-year-old spent four seasons at Ole Miss—totaling 8,287 passing yards with 57 touchdowns and 23 interceptions. He showed his prowess on the ground as well, particularly in 2021 campaign—where he rushed for 614 yards and 11 scores.

What experts are saying about the Panthers’ selection of Ikem Ekwonu 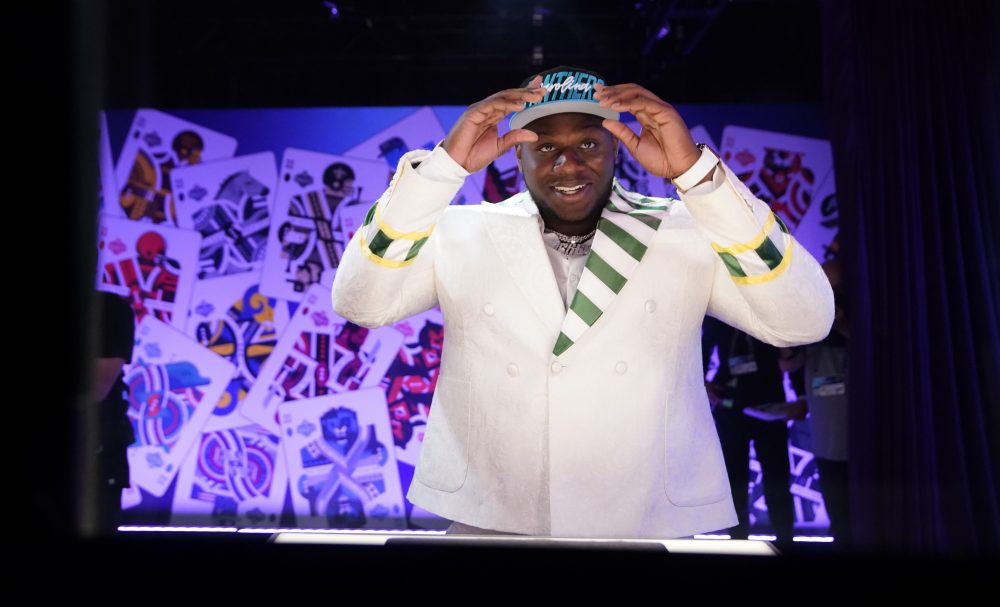