The Carolina Panthers have utilized eight different starting offensive line combinations over their 11 games in 2021. And while that number will likely remain at eight this Sunday, the continuity of the group is set to take another swerve.

Right guard John Miller did not participate in Friday’s practice ahead of the team’s Week 12 matchup with the Miami Dolphins. The seventh-year veteran, who is still working through the ankle sprain that landed him on the injured reserve, has been listed as doubtful.

Head coach Matt Rhule stated on Friday that Trent Scott will take over those duties on the interior barring a change in Miller’s status. Scott had already filled in at right guard in Weeks 8 through 10.

Miller returned from his IR stint this past week against the Washington Football Team. But, despite playing in each of the offense’s 51 snaps, he probably won’t be able to go on that ankle in Miami.

Rhule also told reporters that Dennis Daley, who was a full participant on Friday, will once again start at left tackle. 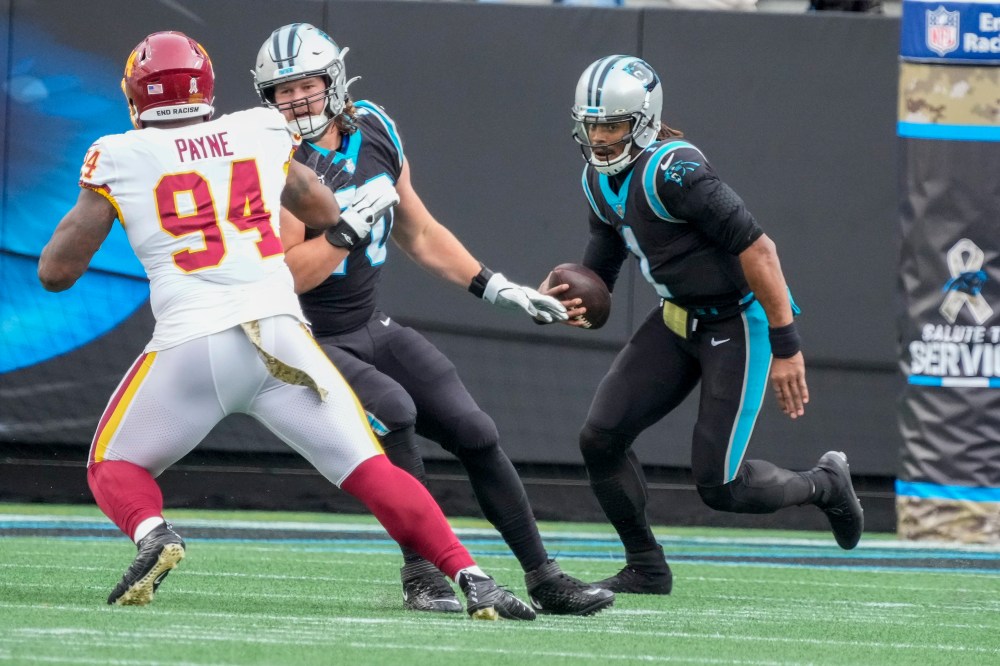