Carolina Panthers receiver DJ Moore was connected to franchise great Steve Smith the very moment he was drafted into the NFL. And when we say “the very moment,” we mean exactly that.

When the Maryland Terrapin was selected by Carolina in 2018, he was compared to Smith . . . by Smith. He was also given one hell of an endorsement by the man himself on the broadcast.

“He’s a playmaker,” Smitty said of Moore that night. “He can line up in the slot, he can line up on the outside. He’s elusive. He’ll run through you. He’ll run around you. And he’ll run away from you.”

Smith then dropped the exclamation point.

“If you really wanna know the truth of how I feel: They have never been able to replace me . . . until today. DJ Moore will be at that organization for a long time and I look forward to talking about him on the network.”

Three years and some change later, the two met up to talk about how that comparison has gone. That talk came on this week’s episode of Cut To It featuring Steve Smith Sr., where Moore actually revealed he had to rethink his decision of entering the draft.

Moore caught eight passes for 100 yards against the Penn State University Nittany Lions in the final game of his college career. He continued.

“So after that, like a week leading up, like two days leading up, I just seen that I was the No. 1 receiver. I was like ‘Alright, let’s go then.’ That was a blessing. And then you [Smith] came out and said what you said, that just put the icing on the cake for me. When you said it, I was like ‘Damn, I got a lot to live up to. But then I thought about it like I could use that as more motivation to be better than what you was as a Carolina Panther.”

He’s done a fine job of living up to Smith’s expectations thus far. In fact, he’s pacing ahead of the organization’s all-time leading receiver.

While it isn’t a perfect comparison, as its difficult to duplicate the presence Smith was, the two will be forever linked in franchise lure. And Moore, who hasn’t gotten lost in the shadow, is better off for it. 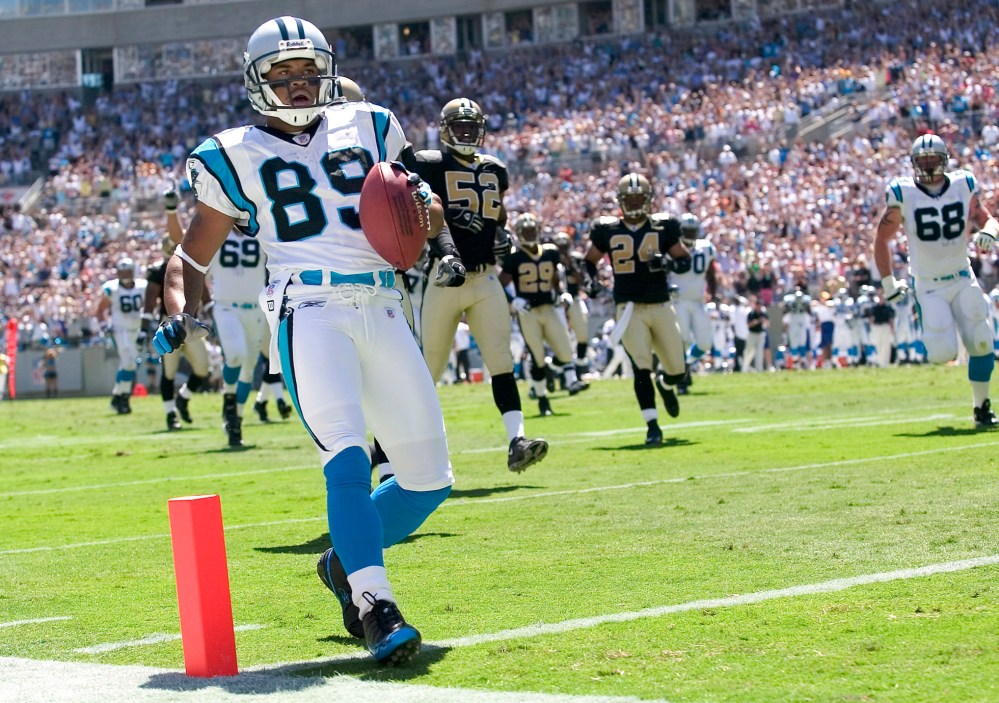