Breakups happen all the time in sports. Many of them are amiable—most players are cognizant that sports are, above all, a business and that every career, no matter how promising, comes with an expiration date. Peyton Manning wasn’t going to be a Colt forever (especially not when Andrew Luck became available in the 2012 Draft) and as we learned when Kirk Cousins left Washington for greener pastures in 2018, every man has his price. Even Patriots icon Tom Brady couldn’t make it to the finish line with New England. In the age of free agency, players who never leave the nest like Steelers lifer Ben Roethlisberger and Packers mainstay Aaron Rodgers (though perhaps not for long with first-round rookie Jordan Love swinging in the on-deck circle) have become increasingly hard to come by.

But in a sport where egos tend to run amuck, explosive, morale-erasing divorces are equally commonplace. For disgruntled stars like Terrell Owens and Antonio Brown, it’s not enough to simply pack up and leave. Instead they take their teams hostage, polluting their respective locker rooms with bad vibes and increasingly erratic behavior. It’s entertaining carnage, irresistible in the same tragicomic way as your favorite train-wreck reality series. The acrimonious, burn-it-all-down football split is a treasured sports trope, as indispensable as choreographed touchdown celebrations and teams self-destructing at the feet of New England’s mighty empire. With that in mind, here are 10 NFL relationships that fell apart in dramatic fashion. 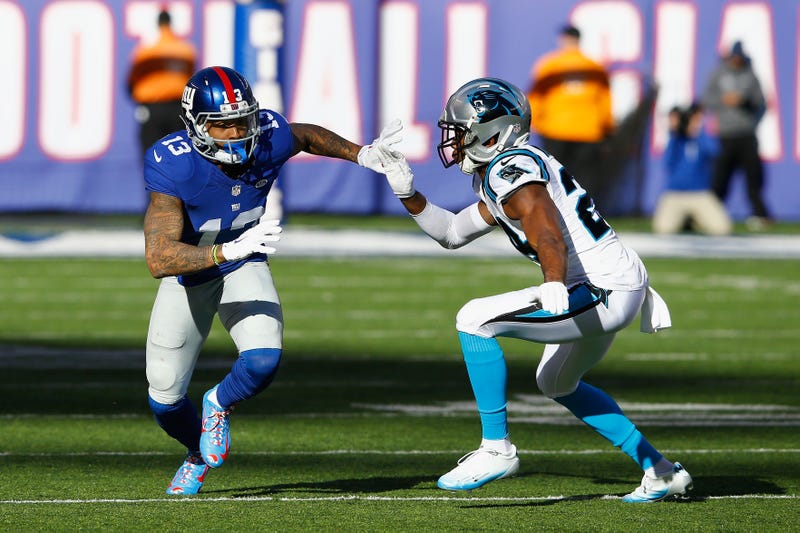 You knew Odell would be on this list. OBJ was the toast of East Rutherford as a rookie in 2014, exploding for a mammoth 91-1,305-12 receiving line in only 12 games. Fans flocked to MetLife Stadium to catch a glimpse of Beckham’s greatness, but unfortunately the wide receiver’s honeymoon period in the Big Apple didn’t last long. The cracks began to show when the former LSU Tiger went ballistic on Josh Norman (he also waged war with a kicking net) and was spotted partying on a boat with teammates days before the Giants’ playoff loss to Green Bay in 2017. Fed up with their diva receiver and his continued antics, New York decided to cut bait in 2019, trading Beckham to Cleveland just one season into a five-year, $95-million extension. The 27-year-old remained as high-maintenance as ever in his debut season with the Browns, feuding with coach Freddie Kitchens (who was one and done in the Rock and Roll capital) while averaging the fewest yards per game (64.7) of his six-year career.

Bell took ghosting to its logical extreme in 2018, punting the season (which backfired spectacularly when his replacement, James Conner, proved just as capable) in protest of the Steelers franchise-tagging him for a second straight season. I suppose Le’Veon deserves a certain modicum of credit for sticking to his guns (most holdout threats are exactly that—just threats), but is there anything colder than leaving your teammates high and dry by playing hooky all season? Not to mention Bell cost himself a year’s salary ($14.5 million) by putting the screws to his former employer. And while he didn’t resort to Antonio-level hijinks (more on him in a minute), Bell certainly wasn’t shy about badmouthing his ex-teammates (particularly Ben Roethlisberger) on his way out of town. If you believe in karma, Bell got his comeuppance in full force last year, signing with the Jets in free agency for much less than his original offer from Pittsburgh, then proceeded to have his worst season by far, finishing an embarrassing 46th out of 47 qualified rushers in yards per carry (3.2) while butting heads with curmudgeonly head coach Adam Gase.

Harvey Dent said, “You either die a hero or live long enough to see yourself become the villain.” Brown certainly accomplished the latter in Pittsburgh, going out in a blaze of glory with a turbulent final season in the Steel City. After going AWOL from practice (the result of an on-field blowup with Roethlisberger), the Steelers made Brown ride the pine for their season finale in 2018, further escalating tensions. Brown’s no-show from practice and subsequent benching proved to be the tipping point as AB demanded a trade and eventually got one, arriving in Oakland for the price of a third and fifth-round pick. The 31-year-old’s Raiders tenure was no less tumultuous, giving us, among other surreal moments, a cryogenic therapy snafu (only Antonio could get frostbite in August), a helmet controversy and a feud with GM Mike Mayock. Needless, to say that marriage (Brown never played a snap for the Raiders) was doomed from the start. 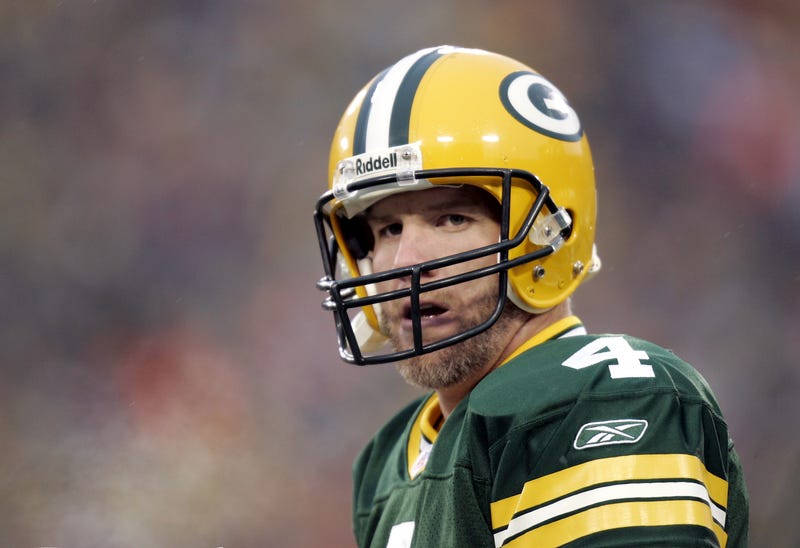 Even legends can overstay their welcome, as Favre most certainly did in 2008, frustrating the Packers by reneging on his retirement announcement mere months after calling it quits. With Green Bay firmly committed to 2005 first-rounder Aaron Rodgers as its starter (history would show that was probably the right call), Favre’s return left the Packers between a rock and a hard place. The conflict spelled a bitter end to Favre’s Green Bay tenure as the Packers dealt the veteran to the Jets, then scrubbed their plans to retire his number later that season. Favre twisted the knife one more time by finishing his career with the archrival Vikings, though his beef with the Packers appears to be water under the bridge now as Favre’s iconic No. 4 is finally up in the Lambeau rafters where it belongs. Could we see history repeat itself with Love knocking on Rodgers’ door the same way he came for Favre’s job years earlier? The plot thickens.

In one of the most stunning trades in recent memory, the Texans abandoned a generational wide receiver in his prime by trading Hopkins and a fourth-round pick for the remains of David Johnson’s once-promising career and a 2020 second-rounder (which later became TCU defensive tackle Ross Blacklock). The Texans framed Nuk as a venom-spewing malcontent with outrageous salary demands, though Hopkins was quick to defend himself in the aftermath of March’s blockbuster trade, claiming to Sports Illustrated that he had “no relationship” with coach/GM Bill O’Brien. Houston’s assertion that it couldn’t afford Hopkins was quickly debunked, however, with the Texans spending small fortunes on Pro Bowl left tackle Laremy Tunsil (the league’s highest-paid O lineman on a per-year basis), injury-prone deep threat Brandin Cooks and of course Johnson, who is due an egregious $13 million in the final year of his deal. Regardless of what was happening behind the scenes—we’ll never know for certain whether the trade was motivated by financial interests (Deshaun Watson’s soon-to-be-expiring contract has yet to be addressed), O’Brien’s desire to reclaim the locker room or some amalgamation of the two—the Texans now have to explain to their fan-base why the Canton-bound Hopkins is finishing his Hall-of-Fame career elsewhere.

The poster boy for diva wide receivers, Owens was, in addition to being one of the most uniquely gifted pass-catchers to ever play the sport, a master curator of locker-room chaos. An expert bridge-burner, Owens stirred up controversy with his inflammatory remarks about quarterback Jeff Garcia in San Francisco, prompting his eventual trade to Philadelphia (with a brief layover in Baltimore). Owens gave a gutsy performance playing through a badly-sprained ankle in a Super Bowl loss to New England but his relationship with the Eagles quickly deteriorated as the six-time Pro Bowler spent the remainder of his Philadelphia tenure hounding the team for a raise. After antagonizing with his criticism of Donovan McNabb and other acts of locker-room treason such as donning a throwback Michael Irvin jersey on a team flight, the Eagles knew it was time to pull the plug on their ill-fated T.O. experiment. Owens claimed revenge by defecting to the rival Cowboys during free agency, ensuring his status as a Philly pariah. While statistically deserving of first-ballot status, it took three years for Owens to gain Hall-of-Fame enshrinement, likely a product of his alienating persona both on and off the field. 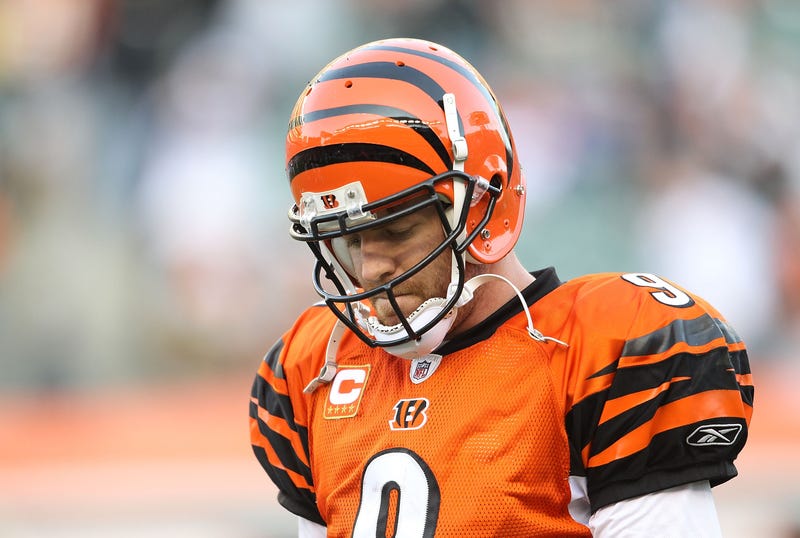 After a strong seven-year run in Cincinnati highlighted by consecutive Pro Bowl nods in 2005-06, Palmer decided it was time for a change of scenery. Unfortunately for the former USC Trojan, that’s not how contracts work. Palmer, who was still in his athletic prime at age 30, was so opposed to continuing his Cincy tenure that he staged a short-lived retirement, only resurfacing after the Bengals (who replaced him with second-round pick Andy Dalton) dealt him to Oakland, reuniting the former Heisman Trophy recipient with his college offensive coordinator, Hue Jackson. It all worked out in the end—Dalton led the Bengals to five straight playoff appearances (though they all resulted in first-round exits) while Palmer enjoyed a strong second act in Arizona, achieving All-Pro status while leading the Cardinals to a rare division title in 2015. You can’t blame Palmer for growing frustrated with the Bengals’ perennial incompetence, though his disappearing act in 2011 certainly didn’t win him any new supporters in the Queen City. Palmer’s icy reception upon returning to Paul Brown Stadium in 2012 suggests there will always be animosity between the former top overall pick and the team he wanted no part of.

Ramsey burst onto the scene with an emphatic 2017, spearheading Jacksonville’s league-best defense while fighting the Patriots tooth and nail in a narrow conference championship loss. By that point, the Florida State alum had quickly emerged as one of the league’s top corners and when he wanted his salary to reflect that, things took a turn for the ugly. After spending much of the offseason pestering the Jaguars for an extension that never came, Ramsey began to unravel, getting in coach Doug Marrone’s face (the two had to be separated) while begging the team for a trade. The Jaguars eventually complied, ending a month-long standoff by dealing the shutdown corner to the Rams in exchange for a pair of first-round picks and a 2021 fourth-rounder. With Ramsey’s contract still unresolved, don’t be surprised if the 25-year-old pushes the envelope again this summer.

Smith’s Panthers career came to a crashing halt when Carolina dumped the then-34-year-old wide receiver coming off a relative down year in 2013. That treatment obviously didn’t sit well with Smith, who lashed out like a scorned lover, promising that “blood and guts” would be shed if he and the Panthers were to ever cross paths again. Rebranded as a Raven in 2014, Smith laid down the hammer in his revenge game against his former team, blasting Carolina for seven grabs totaling 139 yards and two touchdowns in a 38-10 Ravens rout. Smith was later selected to the Panthers’ Hall of Honor, suggesting the sides have put aside their differences, or at least chosen to remember the good times before their relationship soured. Time might not heal all wounds, but this time, it seemed to do the trick. 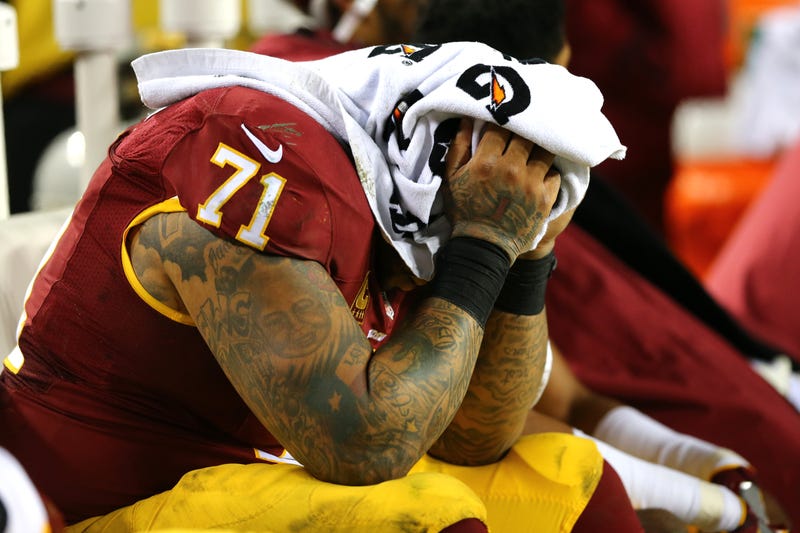 The Redskins chapter of Williams’ NFL journey ended this past April when the All-Pro tackle joined the 49ers (reuniting him with former offensive coordinator Kyle Shanahan) in a swap that netted Washington a 2020 fifth-rounder and a third-round selection in next year’s draft. The 11-year vet bailed on the Redskins after the team’s medical staff misdiagnosed a cancerous growth on his head. Williams returned to practice after the trade deadline came and went but flunked his physical (his scalp was still sore from his cancer surgery), prompting Washington to shelve him for the remainder of 2019. The 31-year-old submitted a formal trade request this offseason, which the Redskins finally granted upon realizing that San Francisco’s offer of two mid-round picks was the best they were going to get. Last year ended a run of seven straight Pro Bowl invites for Williams, who hasn’t logged an NFL snap in nearly 18 months.