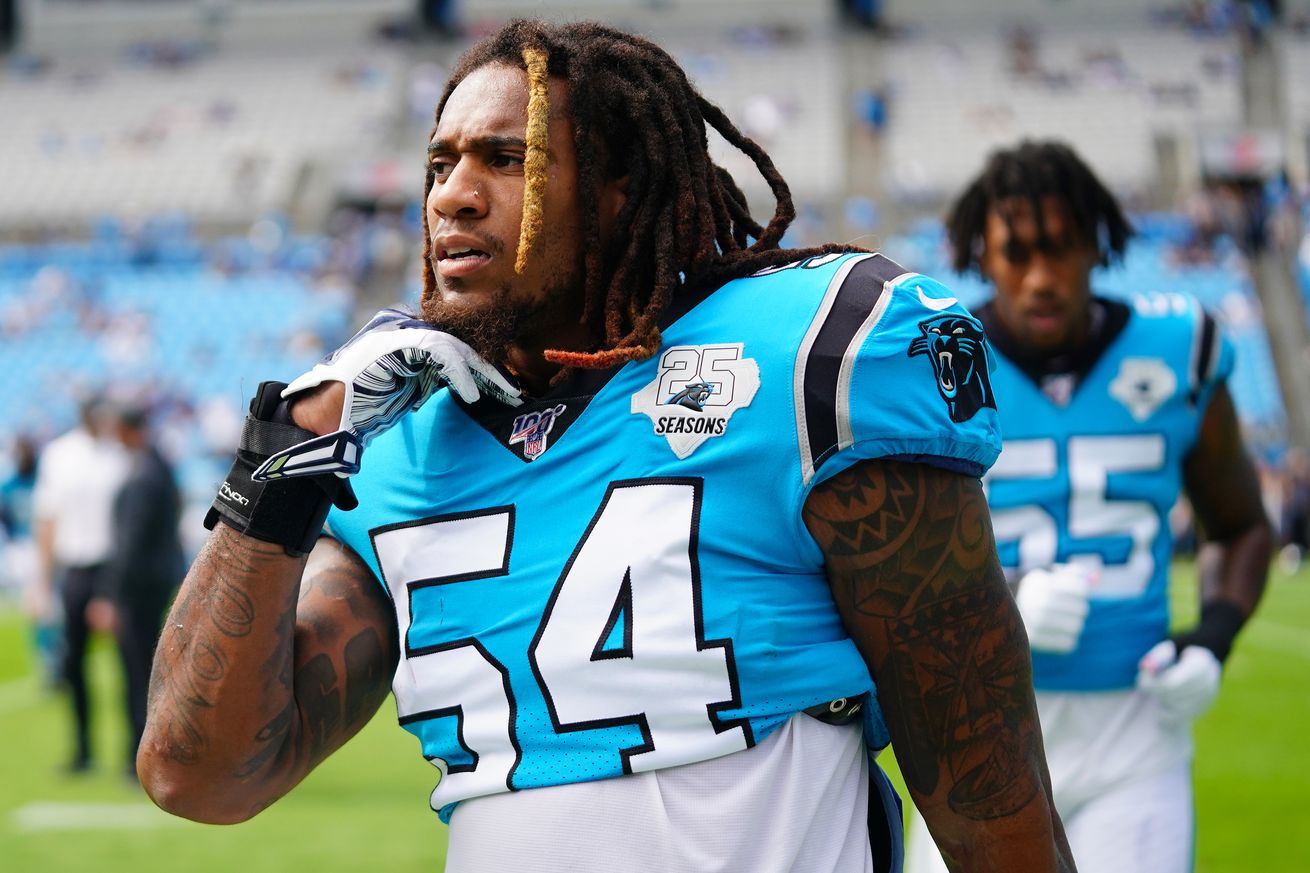 They join a chorus of prominent former Panthers, as well as athletes and coaches from other sports, in signing a letter from the Players Coalition addressed to the United States Congress

Shaq Thompson and DJ Moore have signed a letter from the Players Coalition, addressed to the United States Congress, advocating for the end of Qualified Immunity. The full letter and list of signatories can be viewed as a pdf here.

For more about what qualified immunity is, please read this explainer on the topic.

In their own words, the Players Coalition is “writing to ask that [Congress] pass the bill to end qualified immunity introduced by Representatives Justin Amash and Ayanna Pressley. Congress passed the Ku Klux Klan Act in 1871 to give ordinary citizens recourse when powerful public officials violate constitutional rights. By passing that Act, codified in 42 U.S.C. 1983, Congress told its citizenry that no one is above the law, especially those who abuse government power. A healthy democracy requires no less; citizens must know that if those who promise to uphold the law and protect the community fail to do so, there is a remedy available. The law, as one author has noted, is “a bulwark of American liberty.””

“The Supreme Court has caused irreparable harm to public trust by creating and then expanding the doctrine of qualified immunity, which often exempts police officers and others from liability, even for shocking abuse. Under that doctrine, first developed in 1967 and widened ever since, plaintiffs must show that government officials violated “clearly established” law to receive damages for harm. A plaintiff wins only if a prior Court found an official liable under a nearly identical fact-pattern. This standard is virtually impossible to meet, and the protections promised under section 1983 seem largely symbolic as a result.”

It might be easy to point out who didn’t sign this letter and start debating its merits based on that. Eric Reid and Colin Kaepernick didn’t sign. Closer to home, neither did Chris Manhertz, Matt Rhule, or David Tepper. I think that is beside the point. This isn’t an attendance list whereby we can judge the validity of a claim by its adherents. Over 1,400 people involved in all of your favorite sports have combined their platforms to ask us to hear their opinion on a topic that is relevant to all of our daily lives. That alone is worth listening to, a skill we should all be practicing right now.