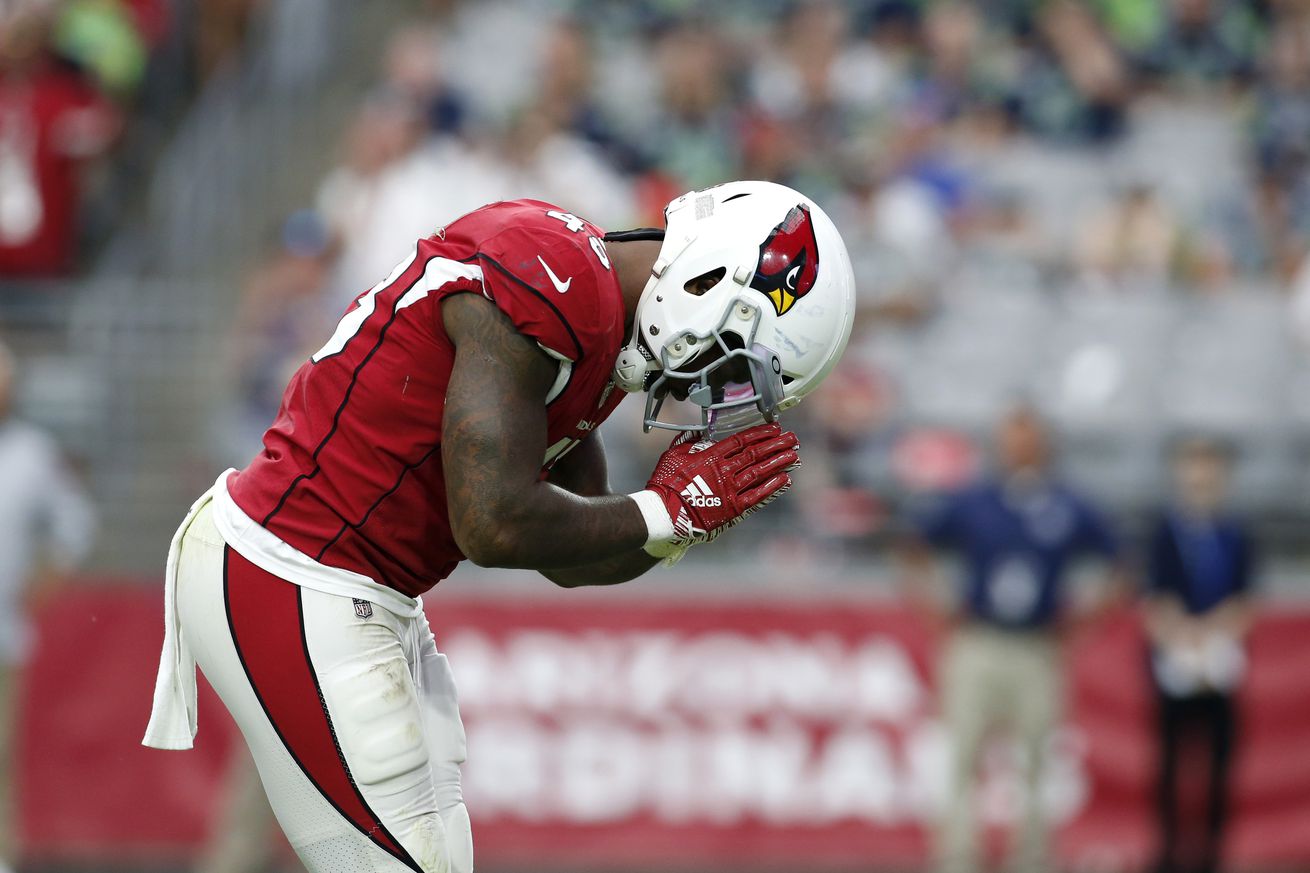 The 2017 first round pick played for Matt Rhule at Temple and has fallen out of favor with the Arizona Cardinals.

We are all well aware the Carolina Panthers used all seven of their 2020 draft picks on defensive players. The team has also signed several free agents this offseason to bolster the defense including defensive end Stephen Weatherly, linebacker Tahir Whitehead, safety Juston Burris, and cornerback Eli Apple.

The one transaction the Panthers have yet to make while rebuilding their defense is a trade.

CBS Sports’ Cody Benjamin helped us scratch that itch by recently writing an article proposing five trades across the NFL and one of them includes the Panthers. His trade scenario has Carolina acquiring linebacker Haason Reddick from the Arizona Cardinals in exchange for a conditional 2021 fifth round pick. Here’s Benjamin’s rationale:

Drafted 13th overall in 2017, Reddick has worn out his welcome in Arizona, where Steve Keim and Co. effectively replaced him for the second time this offseason by adding multipurpose LB Isaiah Simmons. The Cards could conceivably just cut their former first-rounder after declining his fifth-year option for 2021, but not before auctioning him for scraps. One guy who could easily view Reddick as a reclamation project: Matt Rhule, who coached the veteran at Temple and should be on the lookout for any high-upside additions to Carolina’s rebuilt defense. For a late-round pick, why not?

I’m intrigued by this one. First, the Panthers are still surprisingly thin at linebacker. Shaq Thompson is solid and Tahir Whitehead has registered 100-plus tackles in each of his last four seasons, but behind them is the unproven tandem of Jermaine Carter and Andre Smith. While Reddick hasn’t lived up to his first round status he has played in all 48 games with 20 starts in his three-year NFL career while recording 192 tackles and 7.5 sacks. That said, his 2019 Pro Football Focus rating was a cover-your-eyes bad 40.1, which highlights why the Cardinals are probably ready to move on.

One reason for hope that a reunion between Reddick and coach Matt Rhule could be successful is Reddick has been bounced around like a ping pong ball in Arizona. Per ESPN the former college defensive end has already moved from inside linebacker to 3-4 outside linebacker to 4-3 linebacker to 3-4 inside linebacker then finally to edge rusher. Coach Rhule values players with positional flexibility, a trait Reddick has already demonstrated, and perhaps the Panthers defensive staff could find situations and schemes where his versatility could be leveraged. After Reddick was drafted in 2017 PFF highlighted his flexibility by calling him “the most versatile player in college football” and praised his ability to rush from either side and defend well in coverage.

Lastly, taking a flier on the former No. 13 overall selection at the cost of a 2021 fifth round pick is a gamble I’d be willing to take. Fifth round picks rarely develop into starters. The Panthers have drafted 29 players in the fifth round in team history and only five of them have started more than Reddick’s 48 games – AJ Klein (2013), Josh Norman (2012), Gary Barnidge (2008), Jeff King (2006), and Geoff Hangartner (2005). Landing players in the fifth round who can consistently contribute, let alone start, is a win. Reddick should at least be able to contribute.

Ultimately Matt Rhule should know enough about Haason Reddick the person and the player to understand if he’s worth bringing to Carolina. If Coach Rhule pulls the trigger I think the potential reward would be well worth the risk.