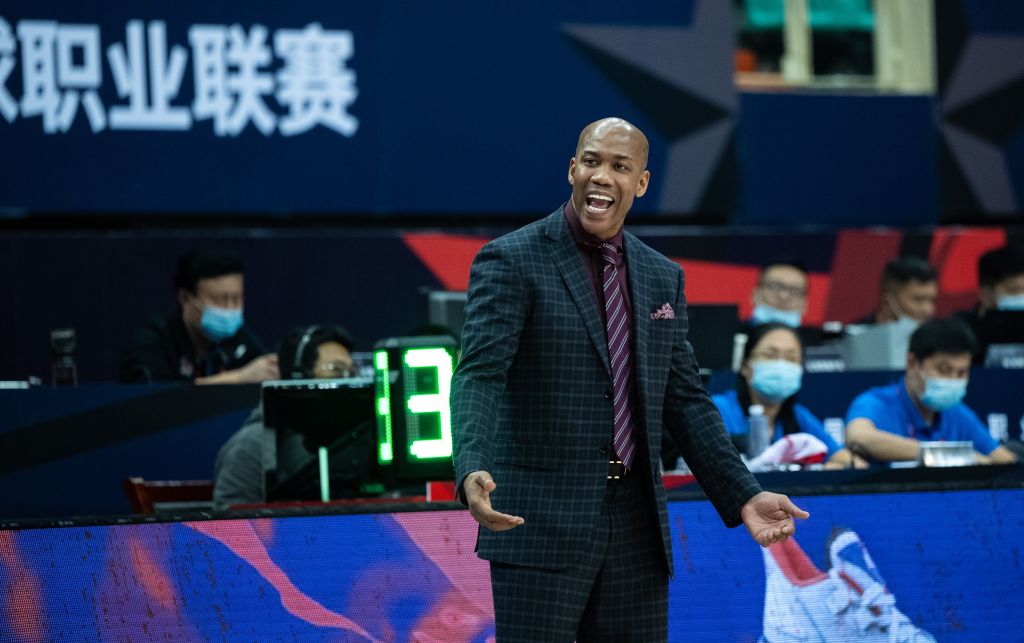 Speaking with Bally Sports, Brandon “Scoop B” Robinson, Marbury had time for Kyrie Irving’s biggest nemesis Stephen A. Smith. The ESPN analyst has made it abundantly clear he is no fan of Irving’s behavior. On Friday (Apr.29), he went on one of his infamous diatribes during First Take, addressing Irving’s head-scratching rant calling the NBA superstar delusional.

Marbury told Robinson, “I’m starting to think Stephen A. Smith thinks he’s a star for speaking the English language loud and obnoxious on TV.” He also added, “I truly believe he’s upset he couldn’t play ball in front of 19,000 people every night, so he reverted towards [bashing] people who look like him who have true intentions on earth to be real and authentic towards helping people.”

More from @StarburyMarbury: “I truly believe he’s upset that he couldn’t play ball in front of 19,000 people every night, so he reverted towards targeting (bash) people who look like him who have true intentions on earth to be real and authentic towards helping people.”

Marbury wasn’t done with his criticism of Smith calling the ESPN superstar “one of the biggest Uncle Tom’s on the planet.”

We are witnessing one of the biggest uncle Tom’s on the planet in @stephenasmith https://t.co/I1Ar1M2EGA

Smith called out the Nets, who were the favorites to win the NBA championship at the beginning of the season got swept out of the playoffs in the first round by the Boston Celtics. Following the Game 4 loss, Irving finally admitted his off-the-court antics were a big distraction during the season. Irving missed a good portion of the season because he refused to get vaccinated against COVID-19, keeping him from playing in Brooklyn Nets’ home games due to New York City’s vaccine mandate.

Irving also took two leaves of absence from the team during the 2020-21 season. One of them landed him in trouble with the league because he violated the NBA’s health and safety protocols when he attended a maskless family birthday party. The Nets approved his second break from the team. In both instances, he claimed he was dealing with a family matter.

Stephen A. Smith was not trying to hear it and called out Irving for his unwillingness to give it his all on the court. Since Kevin Durant and Kyrie Irving joined the nets, the dynamic duo have only played together in 58 games out of the 247 they were supposed to be in.

We hear Marbury, but we believe Smith has a point when it comes to this particular incident.