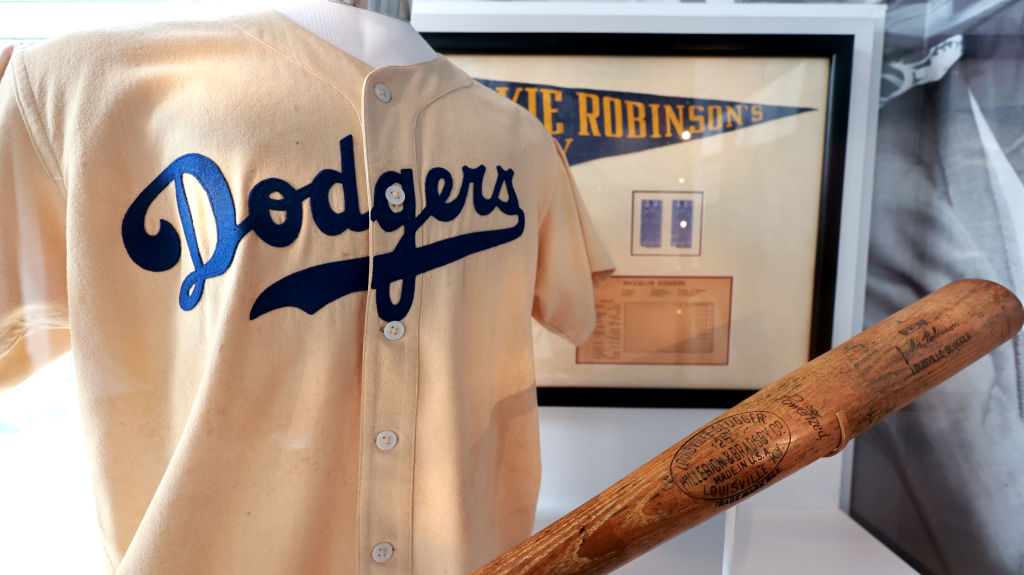 Dubbed the Jackie Robinson Museum, the space spans 20,000 square feet in the Lower East Side section of Manhattan and is the new home to every tangible thing you can think of that celebrates his legacy. A gala dinner hosted by Good Morning America’s Robin Roberts–which included a 15-piece band– was held Monday to preview the over 4,500 artifacts, 40,000 images, and places for exhibitions and classrooms to reach younger generations.

Off the stars in the house, CC Sabathia was there to honor the trailblazing baseball powerhouse.

“Without him, there would be no me,” Sabathia said. “I wouldn’t have been able to live out my dream of playing Major League Baseball. It’s not just the baseball stories, it’s the American story. This museum is a long time coming, and I’m glad to be here today.”

After 14 years of planning, the Jackie Robinson Museum opens in New York.

The building took 14 years to fully pan out. However, despite The Great Recession pushing back the original projected 2010 opening and the COVID restrictions still in place, all involved are happy to finally have everything ready for the public.

“We are thrilled to be able to open the Jackie Robinson Museum despite today’s challenging health and safety environment,” said Della Britton, JRF’s president & CEO. “It is an unimaginable honor to be part of sharing this powerful story of one of our most revered heroes through the Museum’s exhibits. Robinson’s contributions to society helped us through challenging social times in the last century.”

Exactly one week after she turned 100, Rachel Robinson — with help from son David — cut the ribbon during the ceremonial opening of her late husband’s museum in Manhattan. The Jackie Robinson Museum is finally open. pic.twitter.com/52NVdf3Hkr

Perhaps no one is more excited than Robinson’s family who attended– namely his 100-year-old wife and two of his children.

“The Jackie Robinson Museum is the realization of a dream for my family. My mother has long hoped for a permanent space where people learn about the issues my father cared deeply about and the change he fought hard to affect,” his son David Robinson said in a statement. “We hope the Museum will be a place to not only learn more about his time in baseball and love of sports, but about all that he did to contribute to social progress. We extend our deepest appreciation to everyone who helped make this dream a reality.”

The Jackie Robinson Museum opens up to the general public beginning September 5 on Thursdays through Sundays from 11 a.m. to 6 p.m. Visitors must pre-register for entry at the museum’s official site with tickets costing $18 for adults and $15 for students, seniors, and kids.