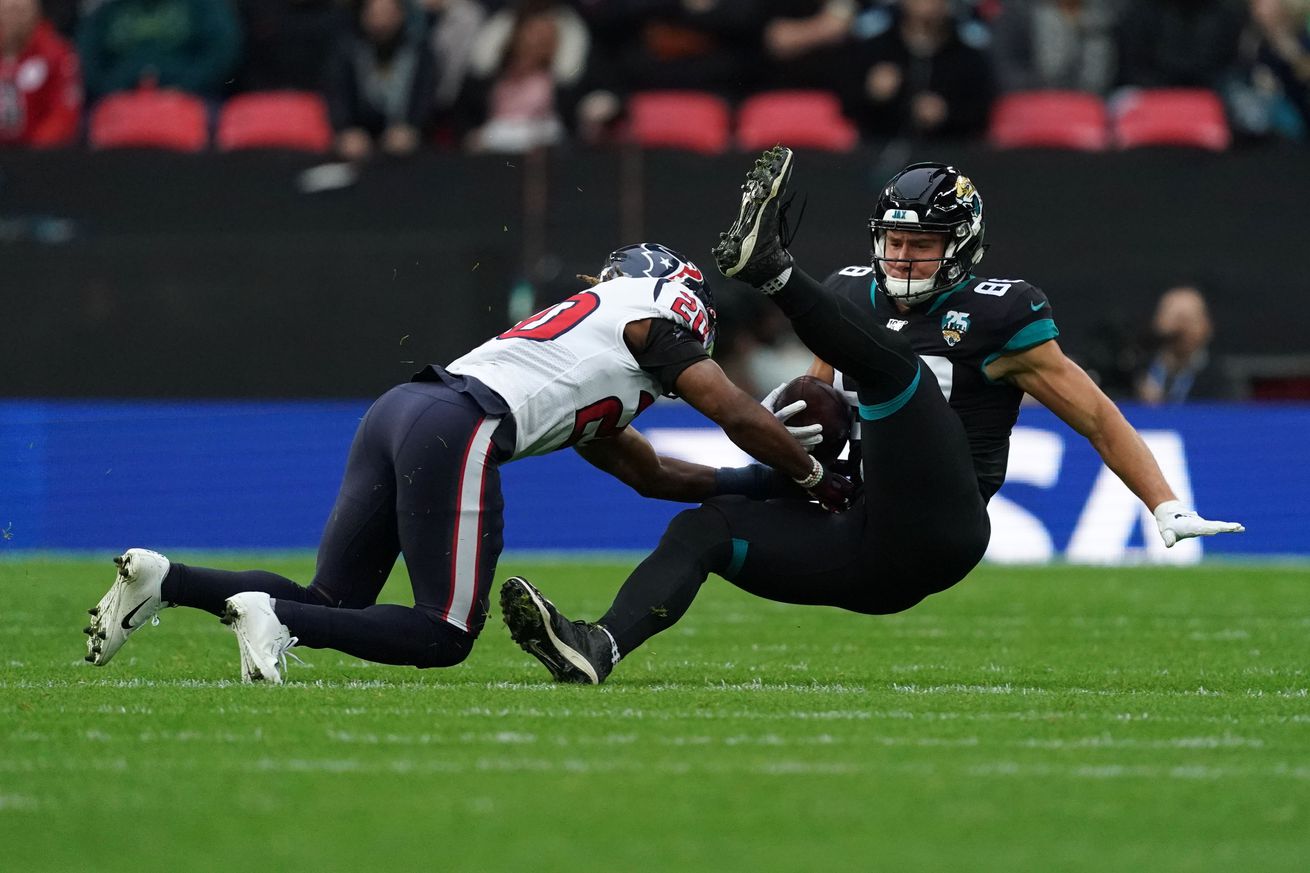 The veteran tight end was released with a non-football injury.

The Carolina Panthers have released veteran tight end Seth DeValve with a non-football injury designation, according to multiple reports. The move is also noted in the transactions section on the team’s website.

DeValve was signed by the Panthers in March after spending the 2019 season with the Jacksonville Jaguars. DeValve was selected out of Princeton in the fourth round (No. 138 overall) by the Cleveland Browns in the 2016 NFL Draft. He has accumulated 59 catches for 732 yards and four touchdowns in his four-year career.

The Panthers will likely only keep three of them, and if I had to make a prediction I’d say that Manhertz, Hemmingway and Thomas will be the three to make the final roster. The obvious ‘stand out’ player of the group is Thomas, who is expected to take on a much larger role in the offense this year after the Panthers parted ways with Greg Olsen.

The Panthers will incur a $137,500 dead cap hit for parting ways with DeValve, and are unlikely to receive a compensatory pick in next year’s draft.