Carolina Panthers head coach Matt Rhule had himself a ball on the horn last year with his 2021 draft picks. Well, he was at it again tonight.

The cameras were back in the war room on Thursday for the team’s selection of University of North Carolina State offensive lineman Ikem “Ickey” Ekwonu. A Charlotte native and a Panthers fans from youth, Ekwonu was audibly overjoyed in being announced as 2022’s sixth overall selection.

Oh, and so were Rhule, owner David Tepper and general manager Scott Fitterer . . .

As Fitterer told Ekwonu, there was reasonable doubt (wink, wink) the 6-foot-4, 310-pound bruiser would even last to Carolina. But, the dominoes fell in the right order.

That, surprinsingly, left the Panthers with their choice of the class’ top three hog mollies. And their choice was definitely happy to pick up his phone for that 704 area code.

Why Panthers fans should be excited about Ikem ‘Ickey’ Ekwonu

Ikem Ekwonu on being drafted by Panthers: ‘This is a dream come true’ 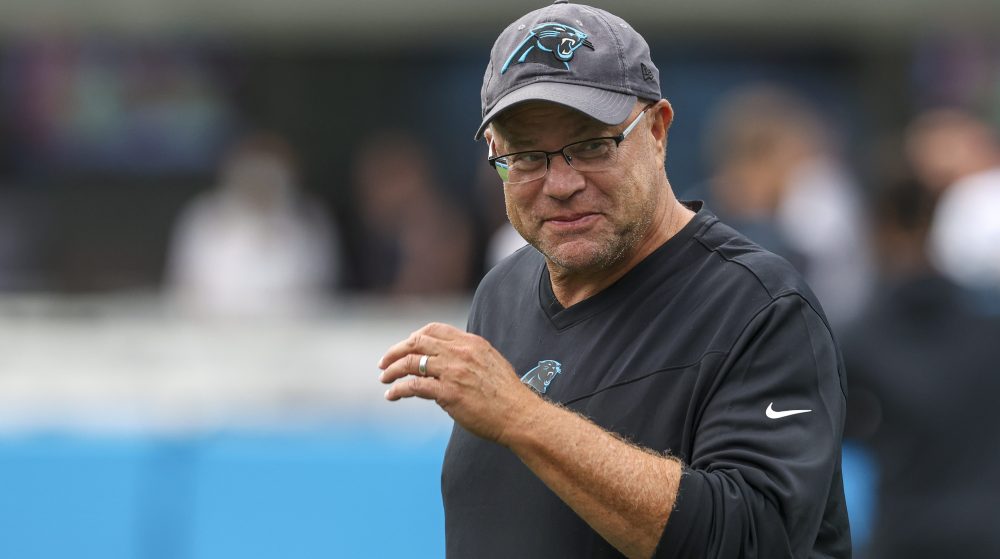