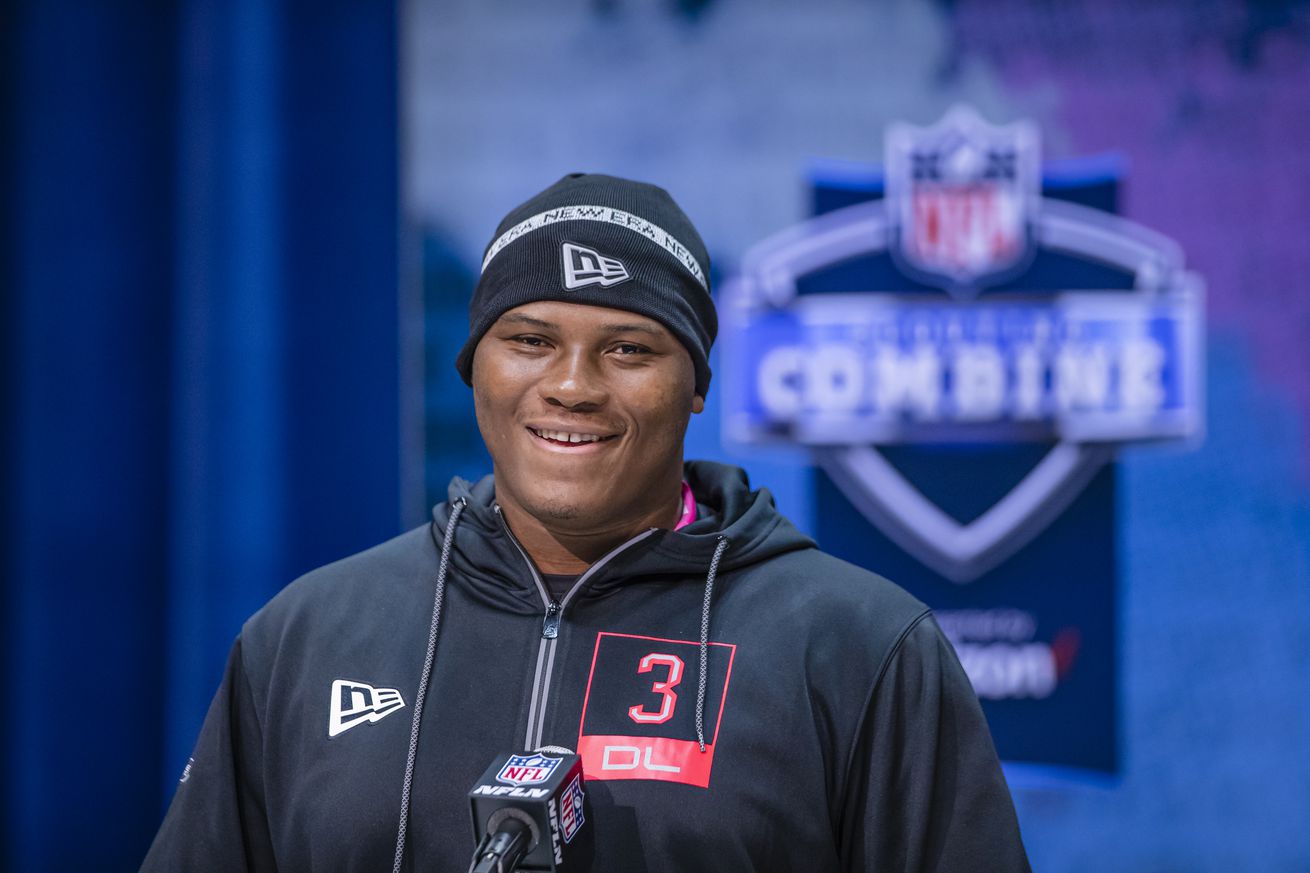 There’s an old saying that goes something like this: The best indicator of future behavior is past behavior. With that in mind and as we profile the Carolina Panthers 2020 draft class here at CSR, let’s look at the careers of previous Panthers draft picks to project the careers of Carolina’s newest selections. For this I’m going back to the 12 drafts between 2007 and 2018 and highlighting the three players who were drafted nearest the position of the class of 2020 and seeing how their careers played out. (Note: I’m excluding players the Panthers drafted in 2019 so they have at least a two-year track record.)

This is great news for Panthers fans. J-Stew was a solid player (when healthy) who made a Pro Bowl, Kuechly posted Hall of Fame credentials before his early retirement. McCaffrey has already established himself a record-breaking All-Pro. When the Panthers choose early in the draft they tend to hit home runs.

I know it’s hard to remember but the much maligned Amini Silatolu started 15 games as a rookie and was named to the 2012 All-Rookie team (I was shocked too!) before injuries derailed his career. Both Samuel and Funchess are productive starters but have yet to flash game-changing potential.

Bradberry developed into a solid starting cornerback during his four years in Carolina before joining the New York Giants this offseason on a 3-year, $43.5 million contract. Moton is on a similar trajectory as a solid starter with tantalizing upside. My view is both Bradberry and Moton have Pro Bowl potential as they continue to develop. Terrell McClain, believe it or not, is still in the NFL and has carved out a nine-year career as a backup defensive tackle and occasional starter.

Edmund Kugbila didn’t play an NFL game. Mike Goodson rushed for 783 yards over five unremarkable NFL seasons. Ryne Robinson lasted one season in the league. Sorry, Troy Pride Jr., but being drafted No. 113 by the Carolina Panthers is the kiss of death.

I’m using four comparables here since both AJ Klein and Bene Benwikere were drafted at No. 148. Klein has emerged as a fairly average starting linebacker which is outstanding given his draft position. Benwikere enjoyed a five-year career as a rotational player and occasional starter, much like the seven-year career of tight end Dante Rosario. Corn Elder’s career is hanging by a thread after his third NFL season. Overall, the Panthers have done quite well drafting somewhere near No. 152.

Defensive tackle Nick Hayden had a productive seven-year career including 76 games, 60 starts, and 183 tackles. Kenjon Barner is still in the league as a backup running back and full-time punt and kick returner. Alex Armah has spent three years in Carolina dutifully filling his role as a blocking fullback and regular member of special teams.

Projection: Very limited action during rookie contract, then out of NFL

Granted, these are very small samples sizes, but If history repeats itself the Panthers have landed an All-Pro (Brown), two legitimate starters (Gross-Matos, Chinn), two rotational players (Robinson Jr. and Roy), and two players who will have short careers with limited impact (Pride Jr. and Thomas-Oliver). If in reality the Panthers get meaningful contributions from five of their seven selections then the 2020 draft would be a success, especially when comparing their production against their four-year rookie-scale cap hits.

Only time will tell what the future holds for the Panthers 2020 draft class, but when comparing it to the past there’s definitely reason for optimism.