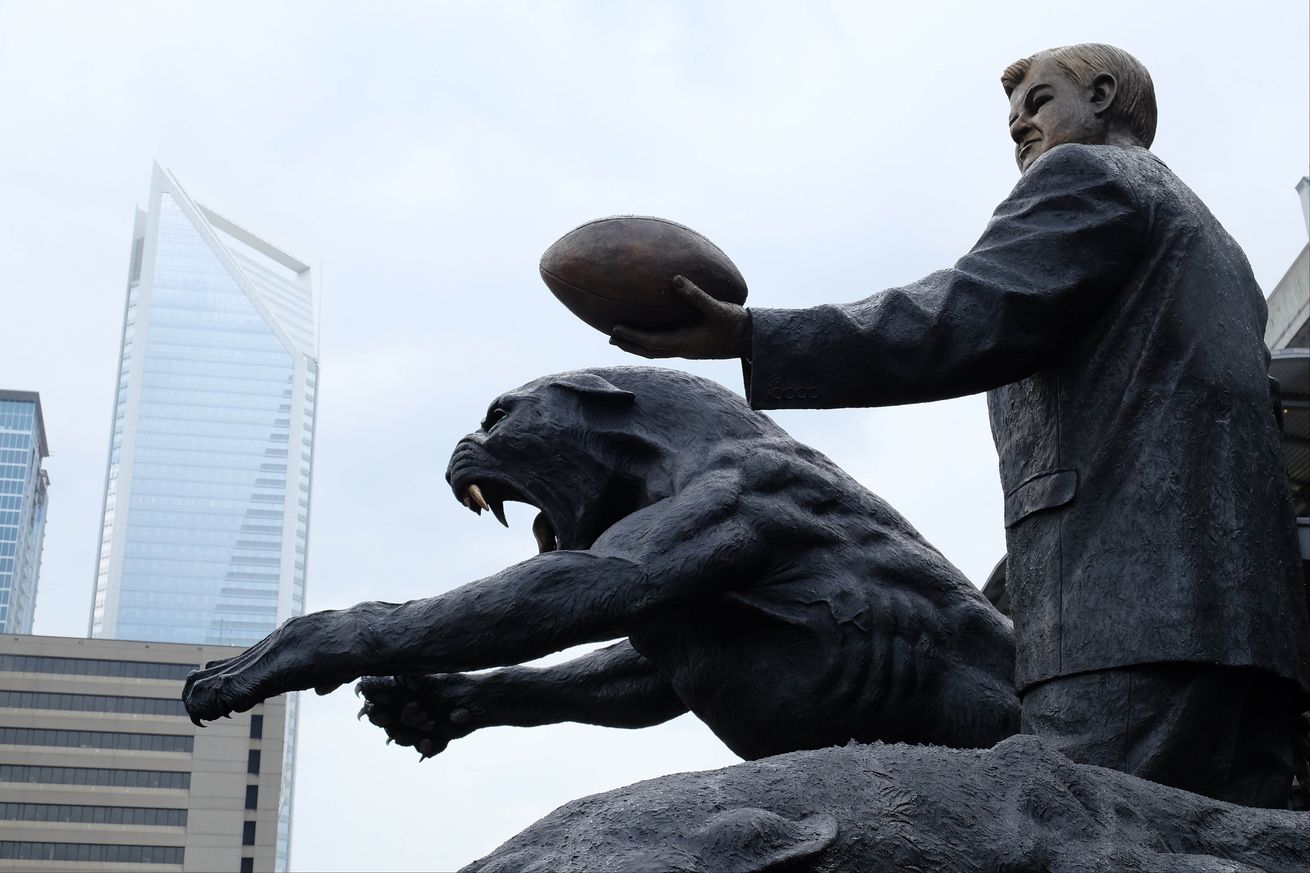 Now that we have it on good authority that the statue will never return, there is a giant void on the North Gate concourse to fill.

The statue of Carolina Panthers original owner and founder Jerry Richardson that stood at Bank of America stadium’s North gate has been removed and reportedly won’t ever be back, leaving behind a giant footprint and open area that could be the site of a new fixture. Most fans considered the statue depicting Richardson flanked by two panthers representing the offense and defense to be kind of ugly. I agree with that sentiment, and I find it difficult to believe that any statue depicting actual Panthers will be done as well as the original two cats sitting outside the stadium’s east gate.

So, in the interest of keeping the conversation going… what should we do to fill the void left behind? I’m sure you each have your own suggestions, and I look forward to hearing them in the comments. Here are some of the ones I have dreamed up.

My first thought was more space to honor some of our greatest players of all time. Recently we just inducted several new members into what was a pathetically small ring of honor, and eventually, we will have more. Greg Olsen is sure to eventually be added, as well as Thomas Davis, Luke Kuechly, and maybe even Jonathan Stewart (speaking to players currently near the end of their careers). I would love to see a stone ring, maybe polished granite, adorned with plaques summarizing the careers of our ring of honor inductees. My vision is for a raised fixture, but you could even do something inset into the pavement that could be walked over, or have a fountain in the center.

Inset stone pavers that create a timeline of significant moments in franchise history. Starting from our founding and time at Clemson up to modern times. You feature special moments, franchise firsts, major moments like “X Clown”, title achievements… essentially make a walkable history of the team.

I have always wanted to see this become a statue:

Meme part optional… of course. But imagine a cast bronze version of Smitty in the above pose next to a well done statue of a Panther roaring being the first thing you see as you walk up to the stadium. That will get you hyped up for a game for sure!

This concourse area outside the stadium is pretty large, and this would be the most ambitious and expensive idea of them all… but if David Tepper really wanted to make things pop and go over the top, have 22 statues “run a play” and have one coaching statue on “the sidelines” doing it’s thing. The concept here is that you have an action shot of a play in progress. Each player in this case has a placard of some sort on their backs with franchise greats, ring of honor members, franchise leaders in their category by position… really whatever you would like. The coach obviously… win-loss records by coach and timeline. People can then walk amongst these statues that are frozen in time as if they are walking through a paused play on an NFL field.

Those are my ideas of how to fill the space, what are yours?