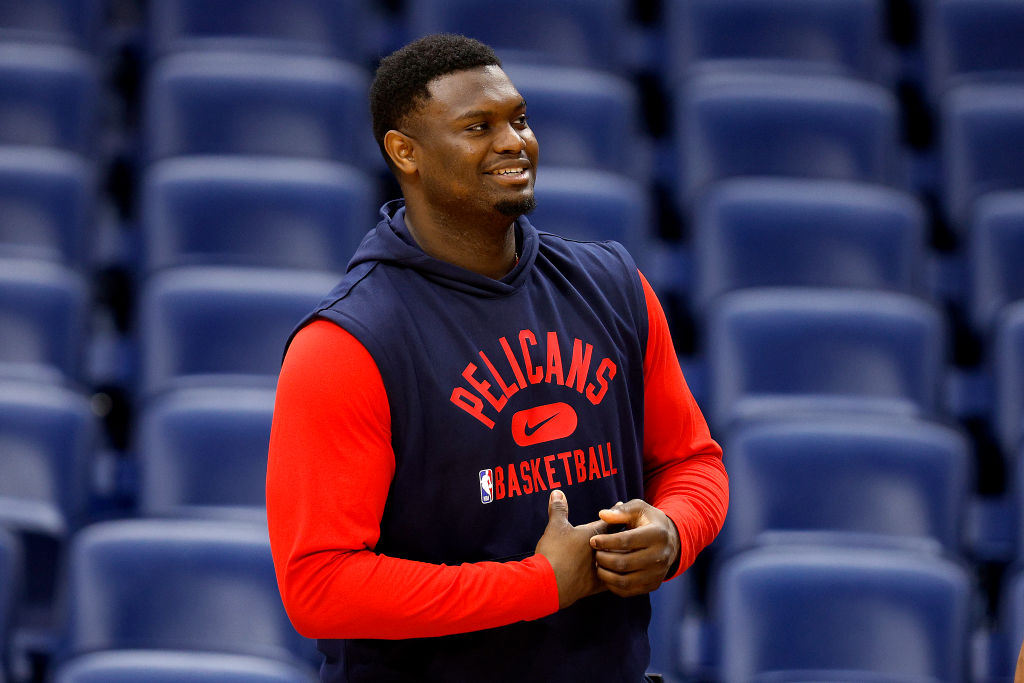 Zion Williamson recently signed a five-year, $193 million rookie max contract with the New Orleans Pelicans, and the deal reportedly comes with escalators that can possibly net the power forward as much as $231 million. But if Williamson expects to get his money up as high as it can, then he’ll have to keep his weight down as much as it can.

According to unnamed sources, “Williamson’s contract stipulates that he will have weigh-ins periodically throughout the entirety of his new deal,” as Christian Clark of NOLA.com reported. “The sum of his weight and body fat percentage must be below 295. If it is not, the amount of guaranteed money in Williamson’s contract can be reduced.”

This is an exclusive report on the details of the contract extension agreement between the Pelicans and star forward Zion Williamson. https://t.co/7kw8aikCz9

Williamson entered the NBA in the 2019 season, but a series of injuries (generally attributed to his ever-increasing weight) have kept the star out of play for the majority of his career thus far. He only played 85 out of a possible 164 regular season games through his first two years, and he spent all of last year on the bench. Williamson’s weight supposedly ballooned as high as 330 pounds during his time away from the court, too.

The Pelicans may be incentivizing their franchise player to manage the scale better and maximize his output in The Big Easy. And Williamson looked the most ripped he has in a while based on the ad for his new sneaker, the Jordan Zion 2. But sports commentators Charles Barkley and Shannon Sharpe have expressed serious doubt that Williamson will be able to stay in playing shape.

Last November, Barkley poked fun at Williamson’s size. The retired NBA legend said the Pels forward looked like he was “eating good in New Orleans” and that Williamson is what would happen if he and Inside The NBA host Shaquille O’Neal “had a baby.”

And this past April, Sharpe was “unimpressed” with video of Williamson performing impressive pregame dunks, particularly as the Pelicans missed the postseason for their third year in a row. “If I’m [Pelicans Executive Vice President of Basketball Operations] David Griffin,” he said on UNDISPUTED, “I’m like, “Shut this down!’”

Not Cool: Charles Barkley Ridicules Zion Williamson’s Weight On ‘Inside The NBA’ [Video]