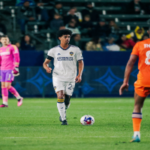 Charlotte FC's second preseason match of the Coachella Invitational came against the Vancouver Whitecaps in what ended up being a 1-1 draw at the end ... … END_OF_DOCUMENT_TOKEN_TO_BE_REPLACED

Qualifying for the 2023 FIFA U-17 World Cup hosted in Peru from November 10th to December 2nd will begin this month. Charlotte FC Academy players Bria... … END_OF_DOCUMENT_TOKEN_TO_BE_REPLACED 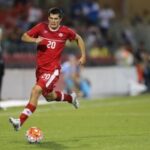 As announced by Atletico Ottawa, the club has signed defender Karl Ouimette to a contract that runs until 2024. Ottawa joins six other CPL clubs to have announced a new player. Reigning CPL champions Forge FC have yet to announce a new player. Ouimette, now 30, has earned 18 senior appearances with Canada but has not featured with the national team since 2016. Karl Ouimette … END_OF_DOCUMENT_TOKEN_TO_BE_REPLACED