With 10 wins over the last two seasons combined, the Carolina Panthers won’t have much representation amongst the NFL’s elite. But they do have a little presence in Pete Prisco’s “Top 100” list.

The CBS Sports senior writer dished out his annual rankings, giving a pair of spots (perhaps somewhat surprisingly) to a couple of cats. The first Panther, who comes in at No. 76, is defensive end Brian Burns.

“He had nine sacks last season for the Panthers, but he was a better pass rusher than those numbers would indicate,” Prisco writes. “He also had 31 pressures to go with those sacks.”

Burns, due in part to those nine takedowns, was selected as a starter in his very first Pro Bowl appearance this past season. The former 16th overall pick has quickly become one of the most potent forces off the edge, having now registered 25.5 sacks over his three pro campaigns.

The second Panther Prisco adds sits on the opposite side of the ball. But it’s wide receiver DJ Moore, not running back Christian McCaffrey, that takes the spot.

“Playing in an offense with a lot of bad quarterback play, he put up impressive numbers last season with 93 catches for 1,157 yards,” he notes.

2021 wasn’t the only season where Moore had, uh, underwhelming quarterback play. In his four-year career, he’s had seven different starting quarterbacks—Cam Newton, Kyle Allen, Taylor Heinicke, Will Grier, Teddy Bridgewater, PJ Walker and Sam Darnold—and is up to a praiseworthy 4,313 yards.

We’ll see if the upcoming season forces Prisco to make room for more Panthers in 2023. 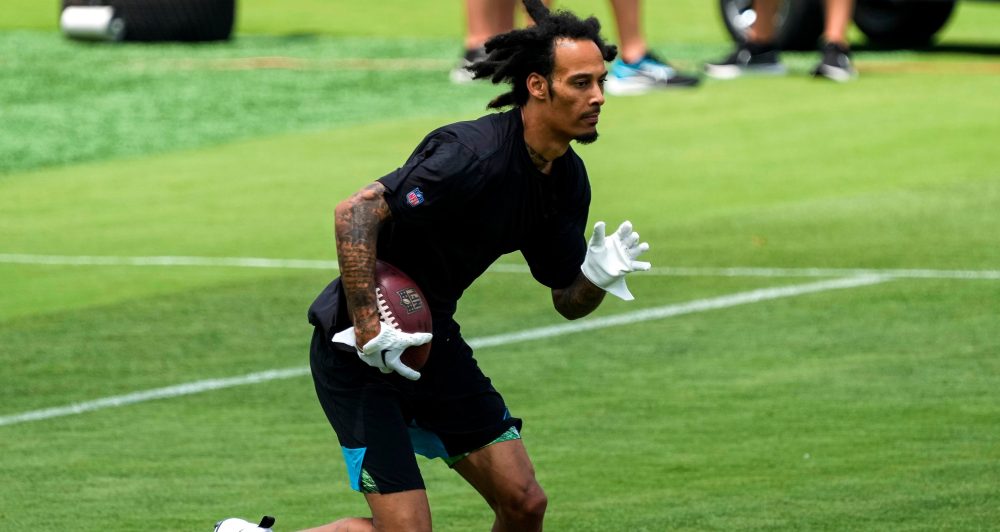