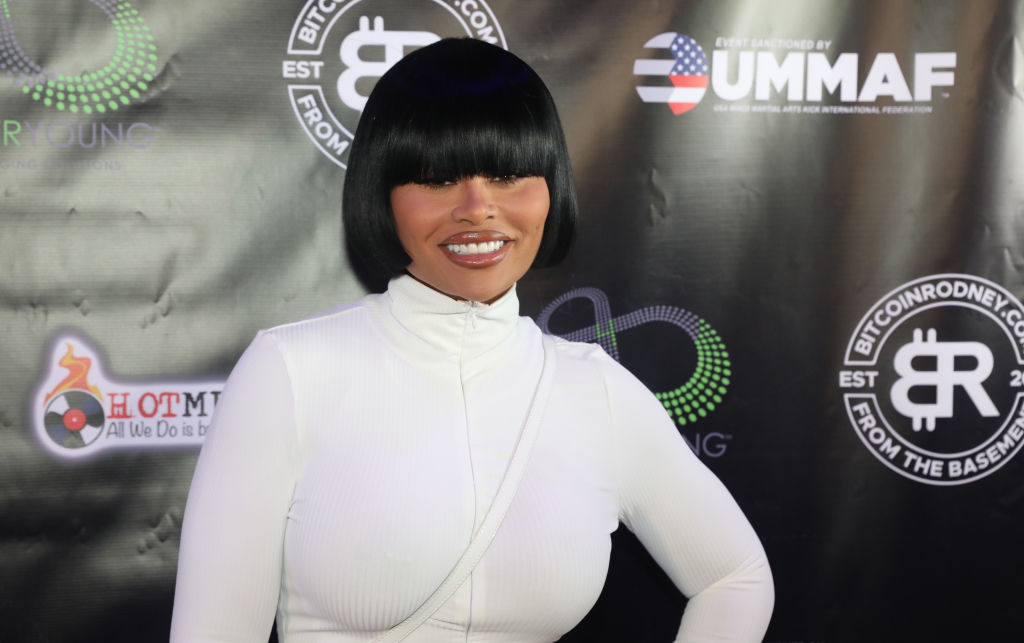 Blac Chyna should stay far away from a boxing ring after her showing during a recent celebrity boxing match. The spectacle disguised as a boxing match featured Chyna squaring off against fellow “Instagram fitness model,” Alysia Magen, and it was a joke.

Blac Chyna Has No Hands

The three-round “fight” went down at the Charles F. Dodge Center in Pembroke Pines in front of a small crowd and delivered nothing in the form of boxing greatness. Coming into the Saturday night (June 11) fight that some people wasted their money on, Chyna was doing all the talking, but her surgically enhanced a** couldn’t cash the checks her mouth was writing outside the ring.

If Blac Chyna loses to a piece of bread w. a BBL she better not ever return to the internet on God

Once the bell rang, it turned into a nightmare for Rob Kardashian’s ex, who got knocked on her BBL by the 32-year-old Magen. Even though Blac Chyna got her a** handed to her, the match ended in a draw leaving many utterly confused.

Immediately after the result was announced both boxers screamed “bulls**t’” but were mum when the ring girl brought up the idea of a rematch. Honestly, based on what we saw go down in the boxing ring, nobody needs to see another boxing match between these two.

We Hope That Check Was Big Enough

Unfortunately for Blac Chyna, the ring wasn’t the only place she was catching haymakers, she was also getting hit with them on Twitter as well. “Why yall ain’t tell me blac Chyna got washed? She gave up her weekend wit da kids to get beat on,” one Twitter user wrote.

“Watched the Blac Chyna fight. They say humans feel as if we can fight 70% better than we actually can. I believe it,” another user hilariously added.

Welp, we just hope Chyna got a nice check to get the sonic rings knocked out of her for our entertainment. One thing is for certain, she definitely can’t talk trash about putting hands on anyone for a while after this.

You can peep more reactions in the gallery below.

They talking bout why is blac chyna fighting the day before she gets her kids?

They should have had Joseline and Blac Chyna fight, winner get a 8-ball

Y nobody told me #BlacChyna was out here fighting for money?

N sis got her a$$ beat w #Omarosa as a commentator? Fcuk is going on in 2022? They saying the undercard was legit too.

Blac Chyna as soon as the fight was over
pic.twitter.com/DKnplmxQzA

Blac Chyna going to see if Rob and Tyga can keep the kids an extra day or three https://t.co/7H5Z6Q5SGv

Every couple of weeks, Blac Chyna finds a new way to embarrass herself https://t.co/IMP05ZXv0C

Y’all hatin on Blac Chyna. 2nd round she was mink’n Alysia ass up so bad she had to shove her

They robbing people in celebrity boxing too sheesh. Blac Chyna got worked lol