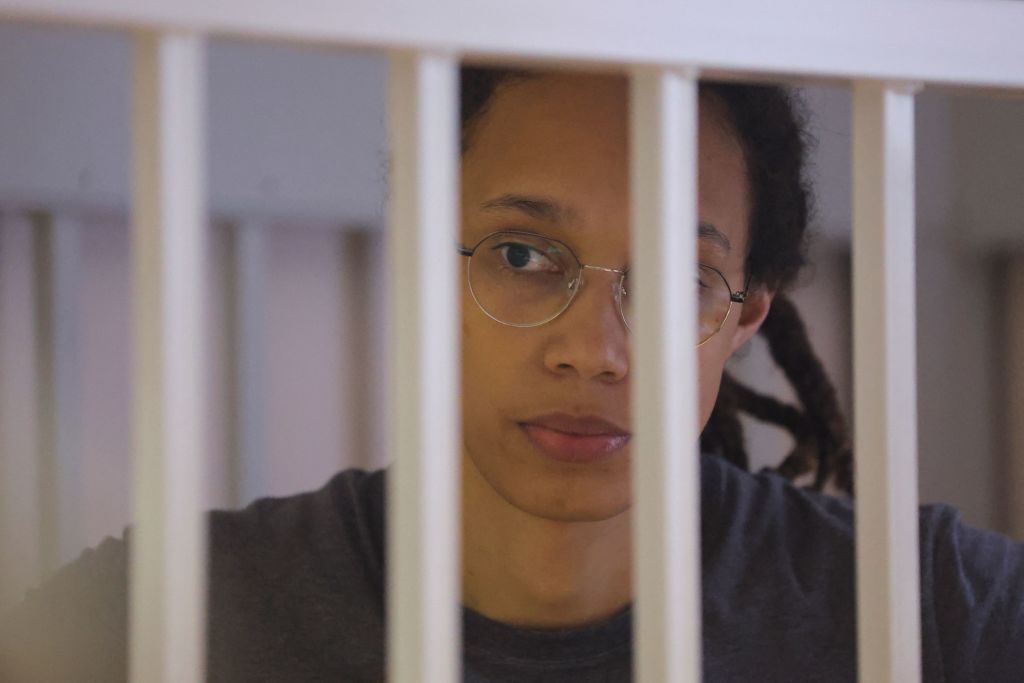 Brittany Griner has been found guilty by a Russian court.

The WNBA star was sentenced to nine years in prison after arriving at a Russian airport in January with her luggage containing hashish oil in vape cartridges. The contraband was confiscated, and she’s been in custody since.

The harsh sentence comes as the United States and Russia have a weakened relationship, partly because the latter invaded Ukraine. NBC says that since a sentence has been handed down, attention has been turned to a potential prisoner swap. She and Paul Whelan could be released in exchange for Viktor Bout, a Russian arms dealer who was found guilty of conspiring to sell weapons to a terrorist organization in 2011.

BREAKING: Pres. Biden on Brittney Griner’s sentence in Russian drug trial: “Russia is wrongfully detaining Brittney. It’s unacceptable, and I call on Russia to release her immediately so she can be with her wife, loved ones, friends, and teammates.” https://t.co/sloL1ViXWs pic.twitter.com/hCZ6eoa83N

President Joe Biden has released a statement regarding the sentencing, vowing to fight for her freedom.

“Today, American citizen Brittney Griner received a prison sentence that is one more reminder of what the world already knew: Russia is wrongfully detaining Brittney. It’s unacceptable, and I call on Russia to release her immediately so she can be with her wife, loved ones, friends, and teammates,” Biden said in a statement. “My administration will continue to work tirelessly and pursue every possible avenue to bring Brittney and Paul Whelan home safely as soon as possible.”

In court just last week, Griner did poke holes in the prosecutor’s case by saying that he was never read her rights.

She says she was instructed to sign documents without knowing what they meant because the translator that was supposed to aid her in understanding the documents wasn’t much help.

“I remember one time there was a stack of papers that [the translator] needed to translate for me. He took a brief look and then said the exact words were, ‘Basically you are guilty,’” she said, according to Axios.

As she previously mentioned, Griner stated that despite using the doctor-recommended hashish oil, she didn’t intend to put it in her luggage.

“I still don’t understand how they ended up in my bag,” Griner said, per the Washington Post. “I had no intention to break the law.” She blamed it on the craziness of throwing stuff in her luggage, saying she was “rushed packing and stressed packing… I was in a huge hurry.”