But he did take a sudden foray into the media’s side of things.

Following the Panthers’ eighth installment of training camp practice on Friday, Burns found himself a seat amongst team reporters. He’d then crash the question portion of running Christian McCaffrey’s availability, asking his star teammate how it is to go up against him.

What ensued was a funny, light-hearted exchange . . .

As McCaffrey alluded to, the representative from “BB Love Entertainment” is quite special at this football thing. Burns is fresh off the first Pro Bowl selection of his career in 2021—where he posted 9.0 sacks, two forced fumbles and 18 quarterback hits over his third pro campaign.

So if “BB Love Entertainment” eventually folds, at least Burns will have some extra cash to fall back on. After all, he didn’t seem to keen on sticking around as a reporter.

“Oh no,” Burns then said when asked if he’d consider a career in media after football. “‘Cause that was hard just now askin’ that question. I couldn’t think of nothin’.” 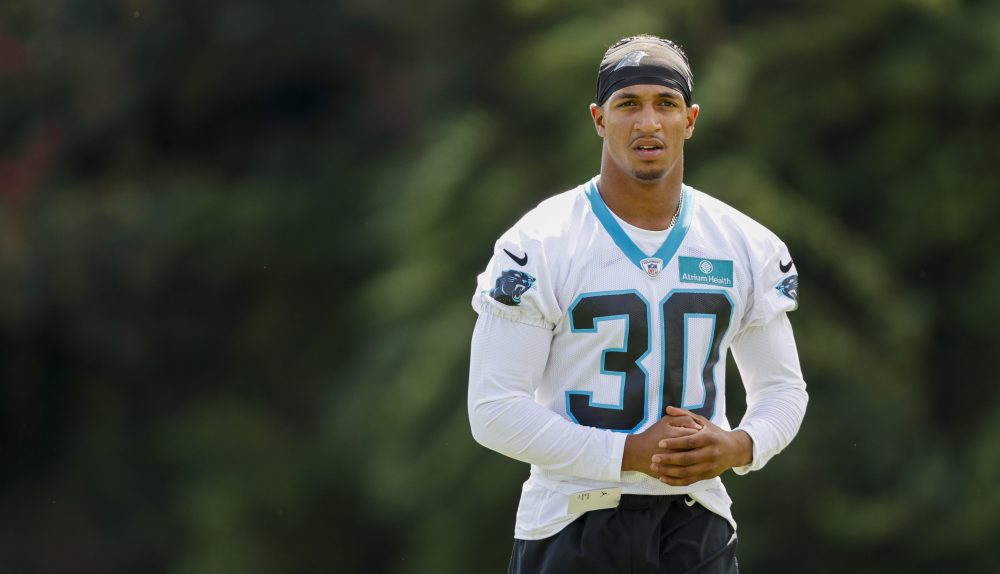