Nothing is handed to you in the NFL, even if you’re an early first-round pick who plays a position your team has desperately needed to fill for almost a decade. And Ikem Ekwonu, who curiously (*wink*) fits that bill to a T, won’t be handed the Carolina Panthers’ starting left tackle spot.

On Friday, head coach Matt Rhule fielded questions following the team’s third and final day of mandatory minicamp. He was asked about what he needs to see out of this year’s sixth overall selection in earning blindside duties as rookie.

“Most rookie guys that start on the offensive line play at like a ‘B-‘, ‘B’ level. We need him to play at like an ‘A-‘ level, ‘A’ level,” Rhule responded. “So he not only has to fight to earn the job, and also play really well. So, again, I think for him it’s making sure he’s in shape, making sure his body weight’s where it needs to be, making sure that, ya know, he’s able to handle the rigors of camp.”

Rhule was then asked who will get the first-team reps at the position to start off training camp later this summer. But he didn’t have a clear-cut answer just get.

“I don’t know if we know that yet,” Rhule said to Joseph Person of The Athletic. “Brady [Christensen] or him [Ekwonu]. Cam’s [Erving] done a good job of mixing that up. We really try to do a good job of not getting too caught up in like ‘Hey, you’re the 1, you’re the 2.’ Players probably get caught up in that and everyone else. Cam does a good job during practice of mixing combinations. And I just know that Brady’s one of our better players on the team—not just on the offensive line, but on the team.”

Christensen, who’ll be entering his second pro campaign, shouldn’t be slept on just yet. The 2021 third-rounder held up quite well over four starts at left tackle last year—relinquishing three sacks over 267 pass-blocking snaps, according to Pro Football Focus.

And hey, if this left tackle thing somehow doesn’t work out for Ekwonu this season, perhaps he can start as a receiver. After all, his touchdown catch on Thursday was probably the highlight of the afternoon.

“Yeah, I was just doin’ my job,” Ekwonu said of his route running on the practice score. “Had to reach a little bit. Reach by the guy, kinda make him think I was just blockin’ him. Then last second, kinda release for a route. I knew Sam was gonna put it on the money, so I just had to catch it and I’m glad I was able to do my job.”

How does Panthers’ Matt Rhule stack up in 2022 Coach of the Year odds? 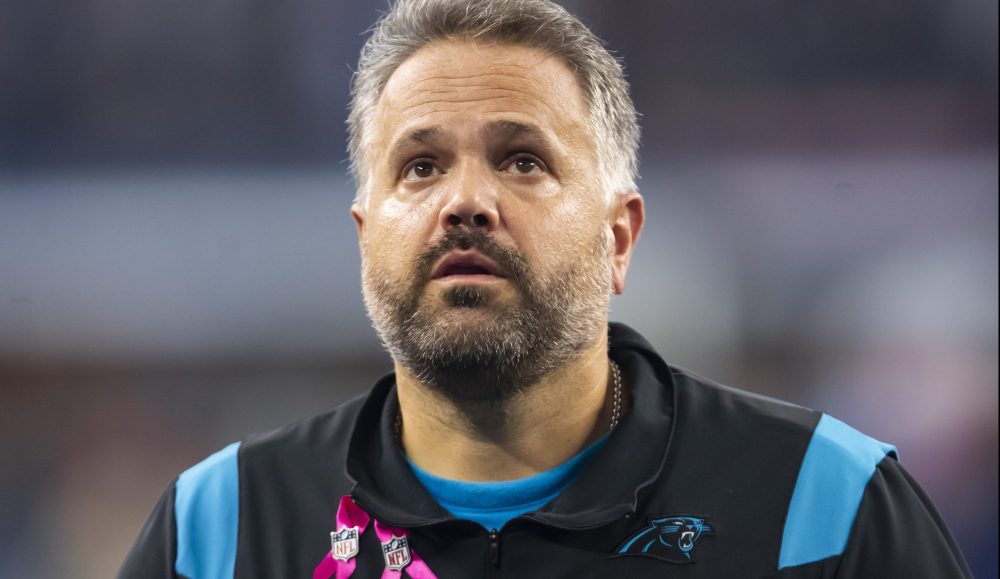