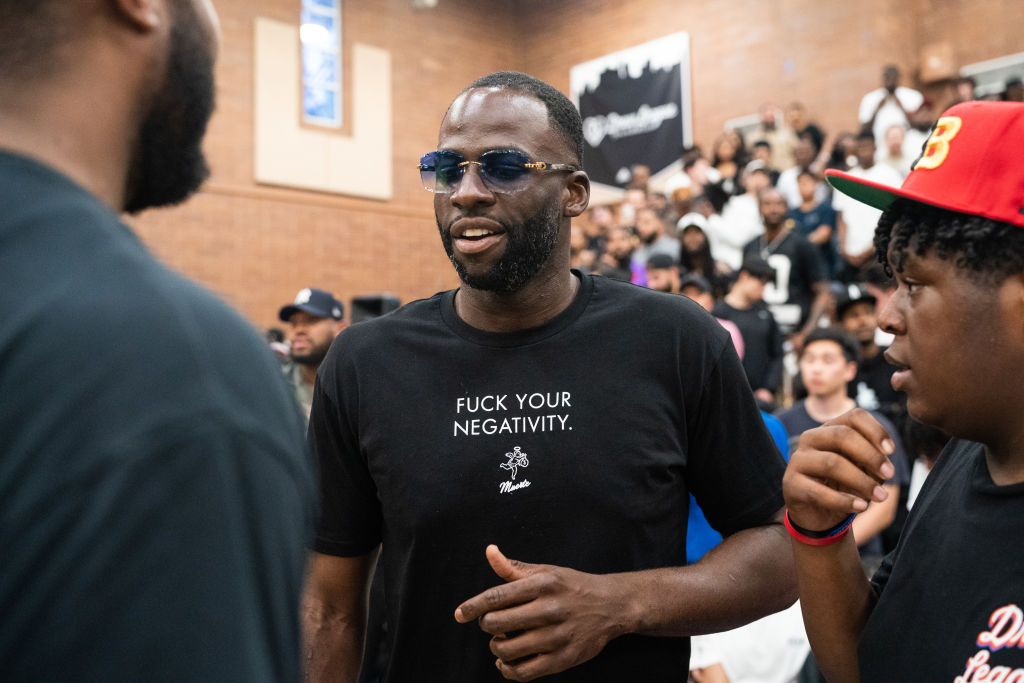 The NBA’s loudest voice plus the heart and soul of the Golden State Warriors, Draymond Green, thinks he’s deserving of a max contract. NBA Twitter and reportedly his own team don’t feel the same way.

Is Draymond Green Worth A Max Contract?

Word on the street is Draymond Green is looking to get paid. Per Yahoo Sports, Green can start looking for a new contract beginning August 3. Sources tell The Athletics’ Anthony Slater and Marcus Thompson II that the boisterous four-time NBA champion feels he deserves a max contract that would net him $164.2 million over the next five seasons.

The question remains, is he worth all of that dinero?

Draymond Green, while being a vital member of the Golden State Warriors championship teams, hasn’t averaged more than eight points per game since 2017, so he doesn’t scream maximum contract. Also, there were times when Green was stinking up the place and had fans wondering if he fell off a cliff.

Green is set to make $25.8 million this upcoming season and has a player option of $27.6 million the following season but is reportedly seeking more money, and the Warriors are a bit hesitant dishing out all of the cash for the 37-year-old forward.

The Athletic also reports the Warriors might be in a pickle because Finals MVP Stephen Curry “would not be happy if the Warriors lost Green because the team didn’t want to pay him.”

The Warriors might be reluctant to do so because they paid $346 million in luxury taxes and player penalties, and if they decide to back the Brink’s truck up for Green, that number could jump to $400 million, something the Warriors do not want.

The Warriors also have to pay other players like Andrew Wiggins and Jordan Poole, who are also vital to the team’s success.

As expected, NBA Twitter is lighting Draymond Green’s a** up and unanimously agrees that he is not a maximum contract type player.

You can peep more reactions in the gallery below.

I believe Draymond Green will have to extend that exploration to Europe and outer space as well. https://t.co/02yu1fQmtz

Thanks for a great career Dray

we loved your time here. Good luck on your future endeavors #DubLegend https://t.co/MgFuSbHATu

Draymond Green after fleecing the Warriors for the max pic.twitter.com/9rSLjw6xDE

The Warriors don’t win without him.

But I don’t think he’s worth more than 15 million a year to any other team.

Paying a 37 year old Draymond green $50+ million is definitely not something any team would want to do either https://t.co/eUmgK33gr0

*Draymond Green is rumored to be seeking a max contract*

“If Draymond [Green] comes out and has some tremendous, surprising bounce back year, and [the Warriors] win another championship, then we can start talking and thinking about [a contract extension]. But right now, absolutely not.”

Id rather draft Anthony Bennett with the first overall pick again, before I Paid Draymond green 40 million a year