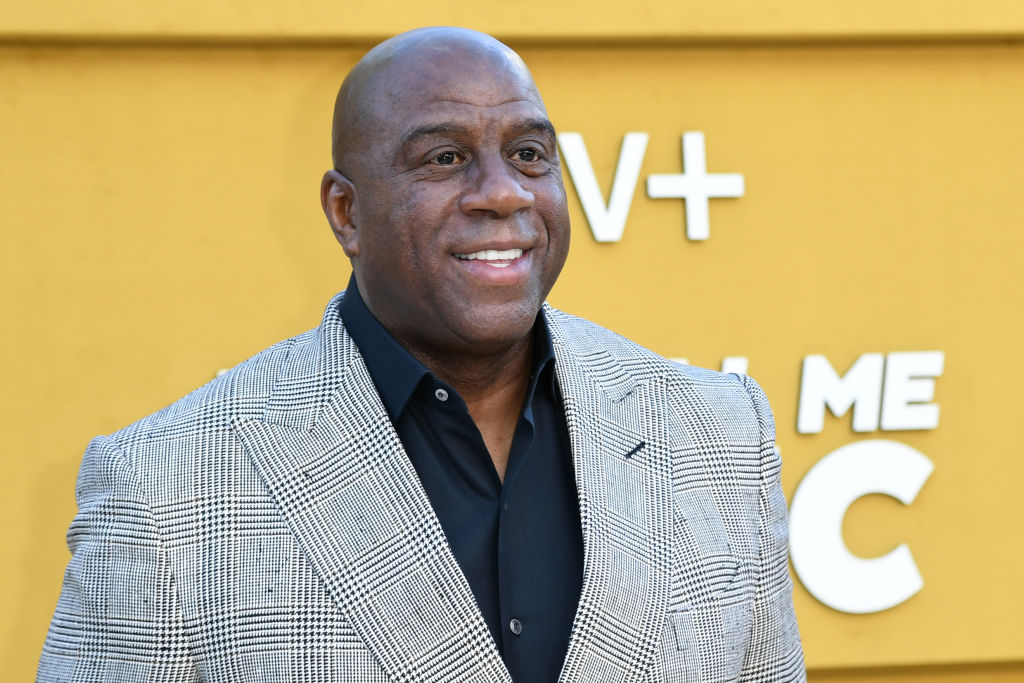 With Winning Time: The Rise of the Lakers Dynasty dramatically portraying the Lakers, Magic Johnson’s been speaking his truth.

Most recently, he stopped by to chat with the ladies of The View to talk about a life-altering moment he experienced decades ago when he was diagnosed with HIV. Johnson is telling his story via his new docuseries They Call Me Magic and explained how Dr. Fauci –who rose to public fame for guiding America through the COVID-19 pandemic– played a role in his life.

Back in 1991, Johnson held a press conference about his diagnosis and his decision to retire from the NBA. Though a trying time, Fauci was a light in his life at the time.

“First of all, let me thank Dr. Fauci, Dr. Ho, they both really helped me to be here. They helped me understand that I had to take my meds, I had to be comfortable with my new status, make sure I kept a positive attitude, and keep working out, and so I’ve been doing that. Here I am 30 years later,” the basketball legend said.

He praised his wife, Cookie, who stayed by his side when he took on the role of educating the public about a disease that the public was wholly miseducated about.

“That was everything, for me to heal, also for me to help people, especially in the Black and brown community, because it was running rapidly through our community at that time. We brought the numbers down,” Johnson said. “I became the face, and I am happy about that.”

In the interview, Joy Behar also asked Magic what made this the perfect time to tell his story, and though he didn’t mention the HBO series, he did name Michael Jordan’s 10-part documentary The Last Dance as a motivating factor.

“Michael Jordan did Last Dance, and I was in his incredible doc series, and just the last episode, my phone started ringing a lot: ‘It’s your turn now. When are you going to do yours?’” Magic said.

Watch the entire interview below: