Baker Mayfield and Sam Darnold have dominated the quarterback conversation for the Carolina Panthers so far this summer. But it’s the dark horse candidate in this competition that has a certain franchise great talking.

On Monday, Steve Smith Sr. joined WFNZ’s The Clubhouse with Kyle Bailey to speak about what he’s seen from the team up to this point in training camp. And before he gave his props, he prefaced his compliments by reminding us how tough of a critic he is.

“I’ve kinda been built in there where I look for the negative, and I don’t really say enough about the positive,” Smith Sr. said. “So I’m working on talking about what they need to improve on, but also give them their flowers while they’re living and while they’re playing. So that you can get a clear perspective. So that’s what I’ve been working on.”

So with that said, Smith proceeded to give a bouquet to rookie Matt Corral—who has quite a few folks buzzing already down in Spartanburg, S.C.

“So Matt Corral impressin’ me,” he went on to add. “Man, I’m just an outta shape, old football player that used to play, right? But at the end of the day, I know ball. And I know a good player when I see him just like I know a bad player when I see him. Matt Corral is about a year or two away from being the starting quarterback for this Carolina Panthers team. The boy has it. He can play. But he needs to learn.”

Given that Mayfield is the heavy favorite to start under center, at least for this season, Corral should get that time to learn. 2022 is likely to be a redshirt year of sorts for the third-round pick, who continues to pick up the ins and outs of an elaborate pro offense under coordinator Ben McAdoo.

But until he does, Smith Sr. will just have to keep pounding that drum for his new favorite passer in Mayfield. 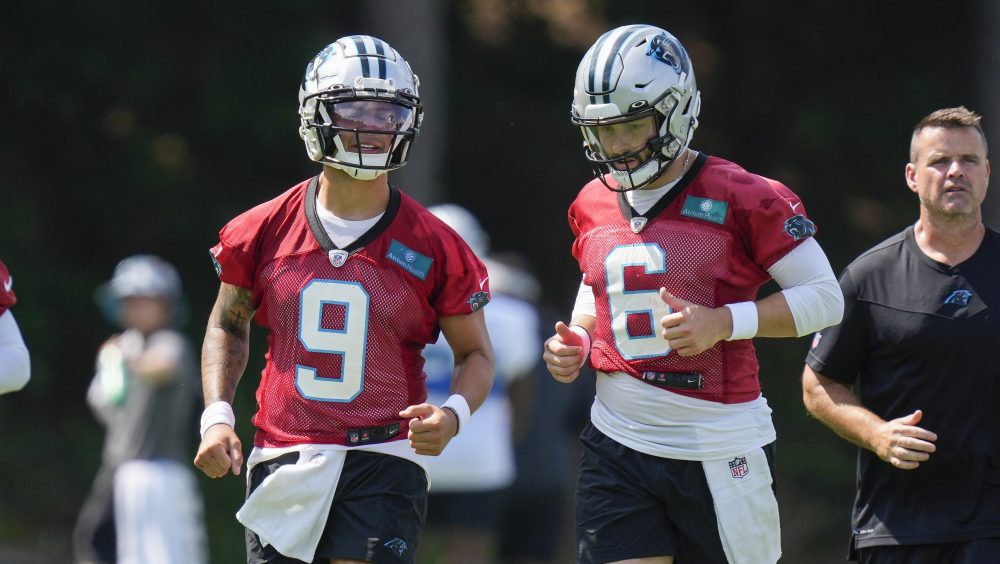