On top of becoming an actual Pro Bowl-level player, Carolina Panthers defensive end Brian Burns has also become a leader. And that was rather evident down in Spartanburg, S.C. this week.

While taking some time out to sign autographs for training camp spectators, the fourth-year veteran had to put a “fan” in his place. Said fan asked rookie quarterback Matt Corral, who was there alongside Burns, if it’s going to “feel bad knowing that you’re probably gonna be third string?”

The third-round pick is likely set for a redshirt year of sorts in 2022. Carolina’s current quarterback competition, which is headlined by the newly-acquired Baker Mayfield and Sam Darnold, will likely see the former of those two men take the starting reins under center.

Regardless, it was a pretty crummy question to ask the 23-year-old—who has really been a bit of a fan favorite this summer. Luckily, he has a battle-tested mindset (and a heck of a teammate) to help brush it off. 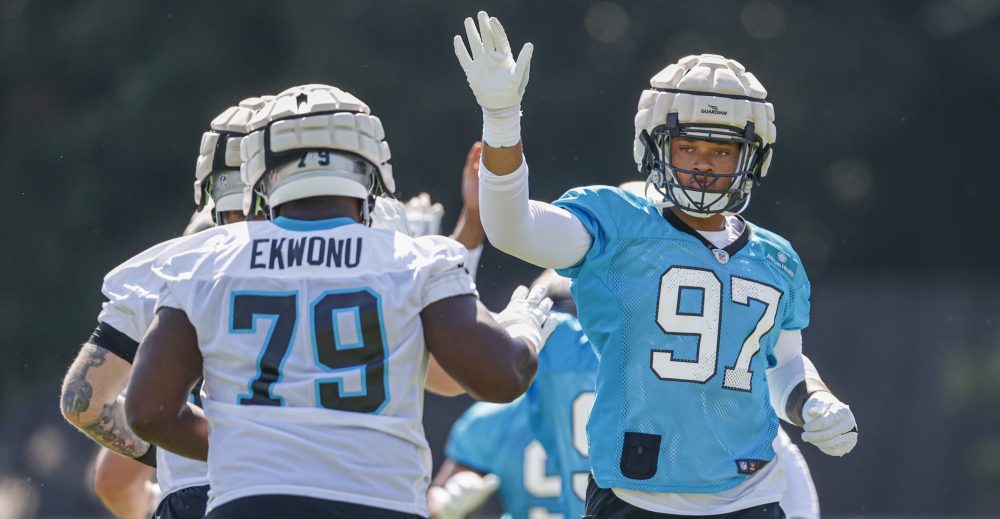