It’s never too early to be looking at quarterbacks, especially if you’re the Carolina Panthers. So you’re up, 2023 NFL draft class.

This past week, Pro Football Focus lead draft analyst Mike Renner helped focus in on that look—naming one future prospect each team should keep tabs on. And, with a group projected to be plentiful in promising passers, he believes the Panthers could have themselves a find in Stanford University’s Tanner McKee.

“Let’s face it, the Panthers’ roster is too good to really compete for the No. 1 overall pick in 2023,” Renner writes. “More likely than not, they won’t have their pick of the litter to replace Sam Darnold.

“That being said, there very well could be a number of franchise-type options in the upcoming class, with McKee being one of those names. In his first year of starting after taking a two-year LDS mission, McKee earned a 69.0 overall grade and flashed a big-time NFL arm.”

The 6-foot-6, 228-pounder got to that grade behind the strength of 2,237 yards, 15 touchdowns and seven interceptions over 10 games in 2022. While those numbers obviously don’t jump off the page at you, it’s McKee’s work in the eye test—through his arm, footwork and reads—that has garnered his buzz.

But until then, Carolina will have to figure out what they have in this year’s rookie quarterback—Matt Corral. 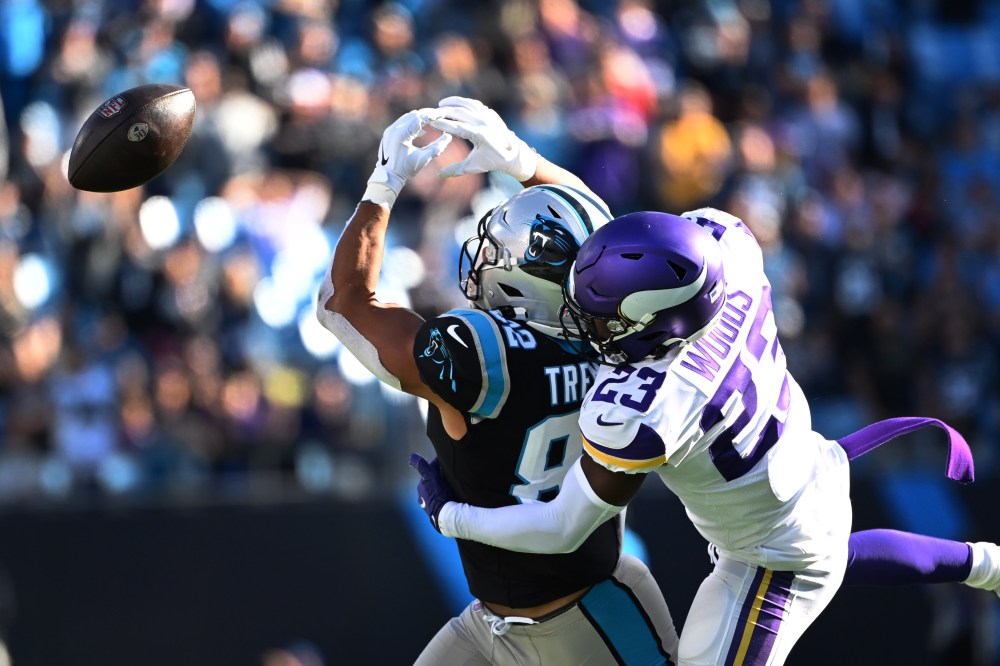