Since taking over the Carolina Panthers, Steve Wilks has had a clear and simple message for his players—and that’s to “win the day.” And in the process of that getting that message over, he’s also won something else.

On Thursday, Panthers starting right guard Austin Corbett hopped on the NFL Network for an interview with Good Morning Football. When talking about the team’s mindset heading into the final five-game stretch of an NFC South race they’re very much in, the fifth-year lineman had a bit praise for his interim head coach.

“Yeah, it’s definitely been an interesting year with everything going on,” he said. “I think guys have come to realize that while the entire division is down, we’re one game back right now and still gotta play the Saints, still have to play the Bucs. And we’re very much so alive. And guys are really buying in the messages that Coach Wilks is giving us. We’re right there and this bye really comes at a great time with five games left.”

At 4-8, the Panthers are just a game and a half behind the division-leading Tampa Bay Buccaneers. Plus, they’re sitting pretty on a potential tiebreaker, as their 3-1 record within the division remains the best amongst the group’s four teams.

Two of those victories have come with Wilks at the helm. The first went down back in Week 7 against Tampa Bay and the second against the Atlanta Falcons in Week 10. (And if kicker Eddy Piñeiro had been on for just one of his two misses in Week 8, they’d be 4-0 in the South.)

Regardless, the Panthers have some life and are playing inspired football under Wilks—something that really couldn’t be said too much about the last guy who had the job. 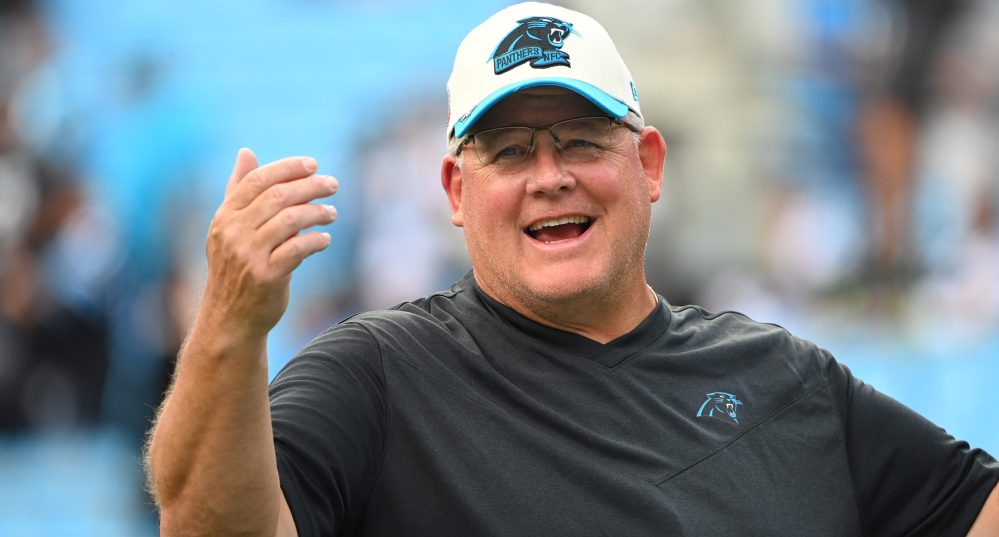